Climate change could make parts of the Middle East and North Africa uninhabitable by mid-century, driving average daytime summer temperatures as high as 114 degrees F, according to new research published in the journal Climatic Change. 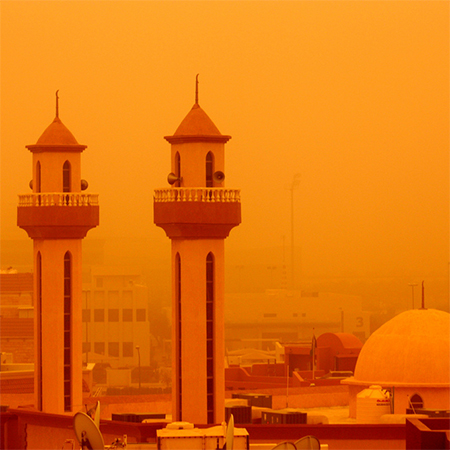 Molly John/Flickr
(For comparison, that is equal to the average maximum temperature in California’s Death Valley.) Heat waves in the region will occur 10 times more often and last longer, the study found. The number of extremely hot days per year could jump from 16 today, to 80 in 2050, to 118 in 2100, possibly leading to mass emigration from the region, said Jos Lelieveld, director of the Max Planck Institute for Chemistry and lead author of the new study. “In future, the climate in large parts of the Middle East and North Africa could change in such a manner that the very existence of its inhabitants is in jeopardy,” Lelieveld said.