Giraffe populations have declined 40 percent over the last 30 years due to habitat loss, poaching, and civil unrest, according to the latest update 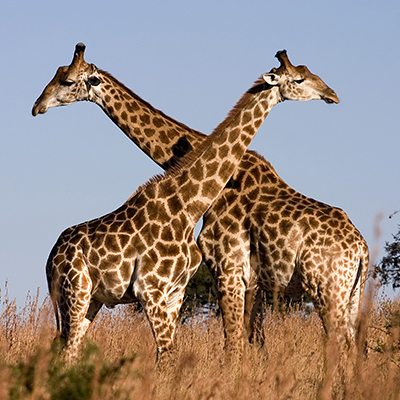 Giraffes in the Ithala Game Reserve, South Africa
of the International Union for Conservation of Nature’s (IUCN) Red List of Threatened Species. Only 97,562 giraffes existed in Africa as of last year, down from more than 163,000 in 1985, the IUCN said. The population is now listed as “vulnerable” to extinction on the global species tracking system. The new assessment also adds more than 700 newly recognized bird species to the Red List, thirteen of which are already extinct and 11 percent of which are threatened with extinction. “Many species are slipping away before we can even describe them,” says IUCN Director General Inger Andersen. “This IUCN Red List update shows that the scale of the global extinction crisis may be even greater than we thought.”