A new study has found neonicotinoids, the world’s most commonly used insecticide, cause queen honeybees to lay as much as two-thirds fewer eggs, 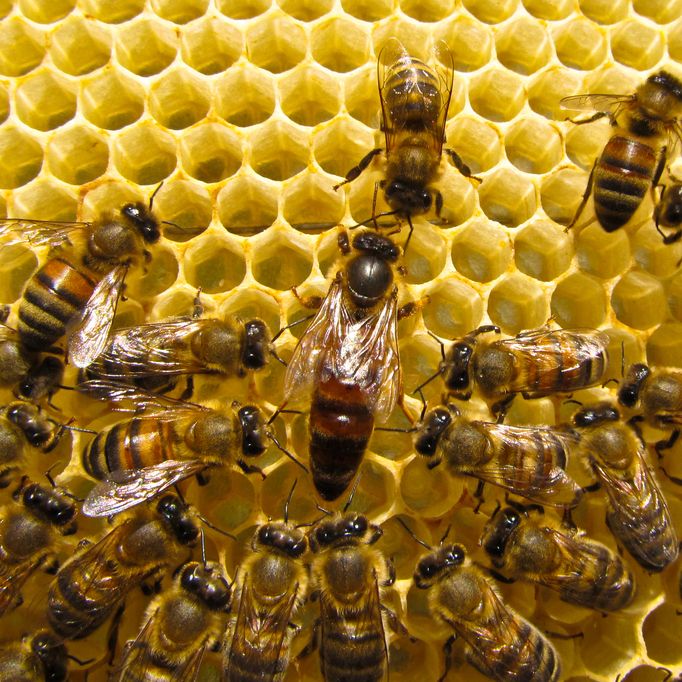 A queen bee surrounded by members of her colony.
jeopardizing the health and stability of entire bee colonies. The research, conducted by scientists at the University of Nebraska-Lincoln and the University of Minnesota, was recently published in the journal Scientific Reports. “The queens are”¦ the only reproductive individual laying eggs in the colony,” said lead author Judy Wu-Smart. “If her ability to lay eggs is reduced, that is a subtle effect that isn’t (immediately) noticeable, but translates to really dramatic consequences for the colony.” The scientists also found colonies exposed to imidacloprid, a type of neonicotinoids, collected and stored less pollen than insecticide-free colonies, and removed just 74 percent of mite-infested or diseased pupae that can infect the entire hive, compared to 95 percent removal by unexposed bees.