A new graphic created by NASA and the Japan Aerospace Exploration Agency illustrates the severity of a recent rainstorm that caused widespread flooding in Louisiana this week, 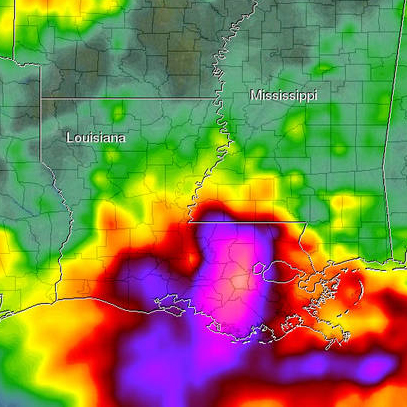 Rainfall totals in the southeastern U.S.
killing 11 people and forcing tens of thousands of residents from their homes. As much as 31 inches of rain fell in the southeastern U.S., much of it over a period of just three days, in what forecasters classified a 500-year storm event. An international team of scientists called the flooding “a classic signal of climate change,” and warned that heavy rain events are becoming more frequent as the oceans and atmosphere warm up, feeding more moisture-laden storm systems. The New York Times reports that five others states have experienced deadly flooding in the last 15 months, including Oklahoma, Texas, and South Carolina.