Scientists have discovered the first new large lizard species in Papua New Guinea in over 20 years. The lizard was found on Mussau Island, one of the northernmost islands in country, by a team of Finnish and Australian researchers. 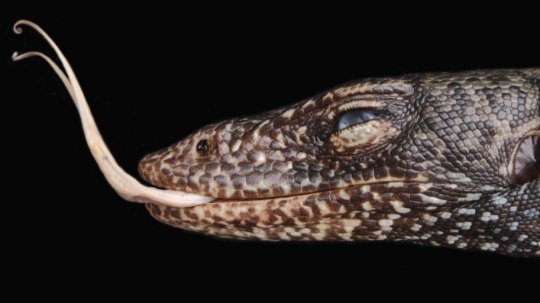 The new Varanus semotus.
The scientists have dubbed the new species, Varanus semotus, a “biogeographical oddity” because it is separated by several hundred miles from its next of kin. Islands in the Pacific Ocean lack predatory mammals, so large lizards, commonly known as monitor lizards, the most famous of which is the Komodo dragon, fill that role. The new lizard measures 3 feet 3 inches, has a black body covered with yellow and orange markings, and a pale yellow tongue. “Isolation is the keyword here,” said Valter Weijola, a graduate student from the University of Turku in Finland who led the trip. “It is what has driven speciation and made the South-Pacific region one of the world’s biodiversity hotspots.”