Zimbabwe reportedly plans to dehorn its more than 700 rhinos by the end of the year in an effort to discourage illegal poaching. Poachers killed a record 1,305 rhinos throughout Africa last year, 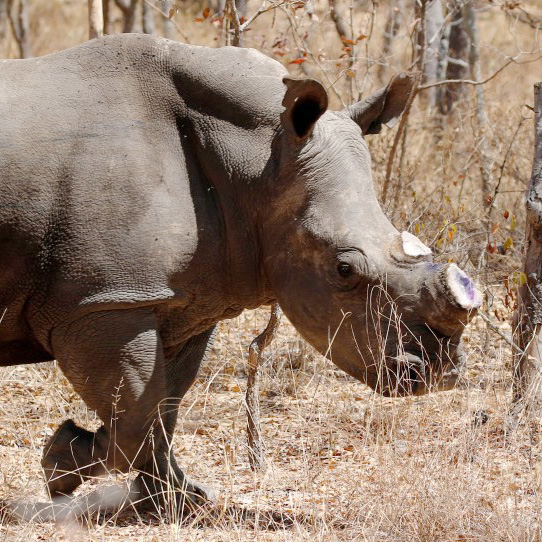 A recently dehorned white female rhino in Zimbabwe.
including 50 in Zimbabwe, double what the country experienced in 2014. Despite an international ban on buying or selling rhino horn that has been in effect since 1977, the substance is a prized traditional medicine in Asia, thought to boost virility and cure cancer. “We want to send a message to poachers that they will not get much if they come to Zimbabwe,” Lisa Marabini, director of operations with Aware Trust Zimbabwe, which is helping the Zimbabwe Parks and Wildlife Management Authority remove horns, told Reuters. Zimbabwe officials said dehorning a rhino costs $1,200. According to Bloomberg, they have already dehorned 45 animals, and are looking for donors to help fund the rest.