Global warming is reducing fish stocks and disrupting circulation in Lake Tanganyika, one of the world’s oldest and largest lakes and a vital source of food and economic activity for East and Central Africa, 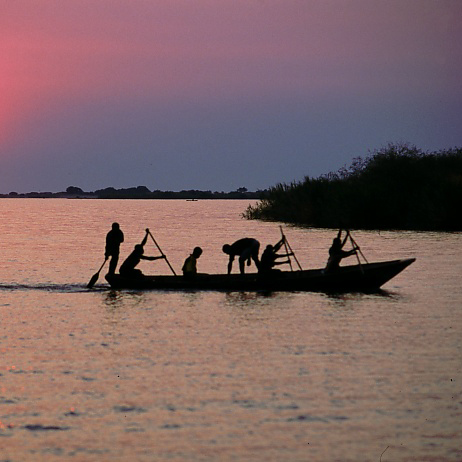 Fishermen on Lake Tanganyika.
according to new research published in the journal Proceedings of the National Academy of Sciences. Under normal conditions, lakes mix a few times a year as seasons change. Decreasing air temperatures cool oxygen-rich surface waters, making them more dense so they sink to the bottom. Nutrient-rich water from deep within the lake then gets pushed to the surface. But rising temperatures, the new study finds, is disrupting this mixing. Without the circulation, fish and other marine life aren’t getting the nutrients they need. Suitable fish habitat near the lakebed has decreased 38 percent since the mid-1900s, the study found. Lake Tanganyika provides an estimated 60 percent of animal protein in the diets of local people, according to The Washington Post.