Scientists have found what they believe is the world’s oldest piece of ocean floor — dating to more than 300 million years ago — in the Mediterranean Sea. 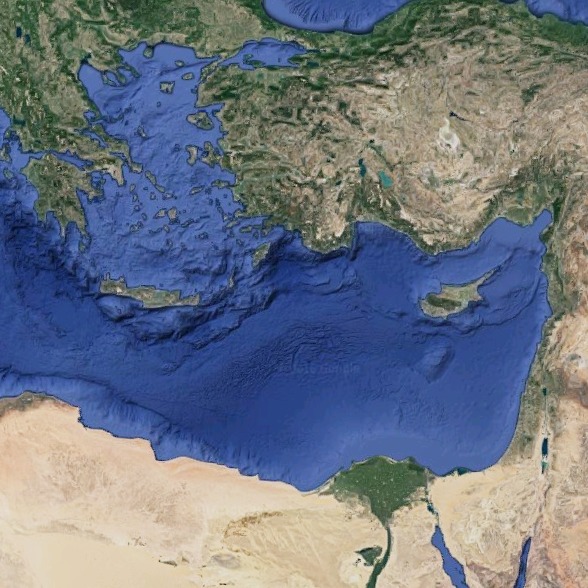 The Herodotus Basin in the eastern Mediterranean Sea.
Because shifting tectonic plates continuously drag seafloor rock into the earth’s mantle, most ocean crust is younger than 200 million years. The new discovery, found in the Herodotus Basin between Cyprus, Crete, and Egypt, indicates that area of seafloor is likely a remnant of the Tethys Ocean, which existed at the time of the Pangaea supercontinent, according to a new study in the journal Nature Geoscience. To determine the rock’s age, scientists dragged a magnetometer behind a research vessel on four different trips, measuring the magnetic signals in the underlying seafloor, and comparing them to signals of the African continental plate and the earth’s shifting magnetic alignment over millions of years. They determined that the oceanic crust in the Herodotus Basin is between 315 and 365 million years old.