Danish scientists are developing a grass that will cut down how often cows burp and pass gas — reducing the amount of methane, a potent greenhouse gas, 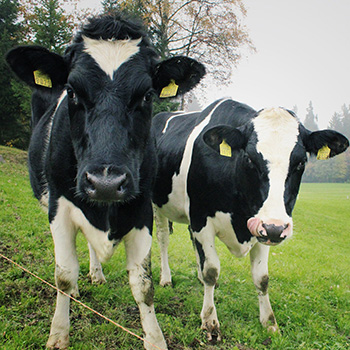 Dairy cows in Europe.
they release into the atmosphere. Collaborating with international seed company DLF, the scientists are working to create a “super grass” that is easier for cows to digest, thereby reducing the amount of gas that builds up in their stomachs, several media outlets reported. Global emissions of methane — which is roughly 30 times more potent than carbon dioxide over a 100-year period — have been on the rise since the 1980s. Livestock, specifically cows, are thought to release an estimated 90 million tons of methane into the atmosphere annually. The new, nearly $2 million research collaboration between the University of Aarhus in Denmark and DLF hopes to develop the new grass by 2024, at the latest.