The coal industry — perhaps the least entrepreneurial, most politically-connected business in America — likes to present itself as a hapless collection of hard-working guys just trying to keep the lights on. In the run-up to last week’s election, the industry skillfully played up the idea that it was under siege by out-of-control federal bureaucrats, including a president unsympathetic to the idea that burning more coal is the surest route to a healthy economy. In the weeks before the election, I saw banners in several West Virginia towns that said “Stop the War on Coal” and, my favorite, “Legalize Coal.” Luke Popovich, a spokesperson for the National Mining Association, went so far as to accuse the Obama administration of carrying out a “regulatory jihad” against coal.

From the point of view of the Earth’s atmosphere, the war on coal has been a spectacular failure.

Of course, the idea that the Obama administration is on a mission to kill coal would strike many energy and environmental activists as something like the inverse of the truth. In their view, the administration has been all hat and very little cowboy when it comes to the issues that really matter, like reforming mountaintop removal mining and limiting greenhouse gas pollution.

But the biggest irony is that this so-called “war on coal” has never been much of a fight to begin with. Despite all the talk about a clean-tech revolution, the dirty truth is that Big Coal is more powerful today than ever.

You can see this simply by looking at the numbers. In 1988, NASA climate scientist James Hansen stood before Congress and testified that global warming was not only real, but was already happening. It was a turning point in the scientific and political understanding of the risks of burning coal, and, in a broad sense, it helped spark the beginning of a clean energy revolution. What has happened to our appetite for coal since then? In the U.S., annual consumption has increased by 100 million tons. Globally, the trend is even starker — yearly consumption has increased by about two billion tons, to about 7.2 billion tons. Meanwhile, annual CO2 pollution from coal has increased by more than four billion tons since 1988, to 13 billion tons a year. It’s safe to say that from the point of view of the Earth’s atmosphere, the war on coal has been a spectacular failure.

Another example is in the build-out of new coal plants. In order to break our addiction to coal, we obviously need to stop building new coal plants and begin to retire the old ones. That is not happening — not in the U.S. and not internationally. Globally, there are more than 300 new coal plants in 26 countries that are currently either under construction or on the drawing board. Each of these plants is likely to run for 40 years or so, making the push to cut overall greenhouse gas emissions all the more difficult. 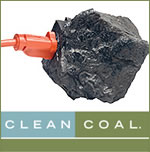 And the new coal plants aren’t all in China. According to Bruce Nilles, who heads up the Beyond Coal campaign for the Sierra Club, 22 new coal plants have been constructed or are under construction in the U.S. since 2002, with another 53 proposed. Nilles points out that the Sierra Club, as well as other activists, have stopped construction of 145 new coal plants — “that’s opened up a huge market for clean energy,” Nilles says. True enough, but slowing up the march of new coal plants is not the same thing as stopping it. Just days after last week’s election, newly-elected Kansas governor Sam Brownback announced he would revive two coal plant proposals that had been blocked. As for the much-touted “clean coal” plants that capture and bury CO2 pollution, there is still not a single commercial-scale plant in operation anywhere in the world.

But maybe the clearest measure of Big Coal’s success is the rise of climate skepticism, especially in the U.S. Congress. According to one analysis, half the newly elected House Republicans deny the existence of man-made climate change, and 86 percent of them are opposed to climate change legislation. Although the coal industry is hardly the only one that is pushing the notion that global warming is, as West Virginia coal baron Don Blankenship puts it, “a hoax” and “a Ponzi scheme,” they are pioneers in the campaign to discredit climate science. The Greening Earth Society, which was largely funded by the coal industry, argued that CO2 pollution is a great boon for civilization because it increases plant productivity.

The argument that mining and burning coal contributes to energy independence is a false one.

Indeed, the triumph of coal is deeply connected with an anti-science agenda, and always has been. Over the years, the industry has argued that air pollution from coal plants doesn’t cause an increase in heart attacks; that mercury, a potent neurotoxin emitted from coal plants, does not cause neurological damage; that mountaintop removal mining does not hurt the environment; and that burning coal does not heat up the atmosphere. All these arguments fly in the face of science — and, often, in the face of common sense. But it doesn’t matter. Coal is an empire of denial.

The persistence of coal is a subject of much debate among environmentalists and clean energy activists. The simplest answer is that most people don’t know where their electricity comes from and don’t care, as long as their bill doesn’t go up. This ignorance gives coal advocates all kinds of advantages, such as allowing them to get away with the false argument that mining and burning coal contributes to energy independence. (Coal is no substitute for oil — we don’t use coal to power our vehicles, and we don’t use oil to generate electricity.) Another answer is that geology is destiny: The world — the U.S., China, and India especially — has a lot of coal, and so naturally we are going to burn it. Finally, there is a good argument to be made in favor of inertia. Vaclav Smil, an energy expert at the University of Manitoba, Canada, has pointed out that energy systems are not like PCs: Innovation happens over a period of decades, not months.

These answers have merit. But the real reason for the persistence of coal is politics. And I mean that in several ways.

The first and most obvious way that Big Coal gains leverage is simply with money. By any accounting, Big Coal — and by that I mean not just coal mining companies, but also the railroads that haul the coal, as well as the electric utilities and power companies that burn it — exerts a huge influence not only in Washington D.C., but in state and local governments, too. The Southern Company, a large Atlanta-based power company that is one of the largest coal burners in the country and a longtime opponent of global warming legislation, spent about $9 million in federal lobbying fees this year alone — that’s nearly as much as ExxonMobil, a company that is 10 times larger. Peabody Energy, the largest privately-held coal company in the world, spent almost $6 million.

And then there are campaign contributions. As of early October, the mining industry, which is mostly coal, contributed more than $3 million to federal candidates, the great majority of it going to Republicans. The industry backed up its contributions with a major media blitz — the American Coalition for Clean Coal Electricity, an industry front group, spent more than $16 million on ads this year touting the virtues of “clean” coal.

Cleaner ways to generate electricity are on the way, and every coal executive I’ve talked to knows it.

But coal flexes its political muscle in another way, too. Virtually all the big Rust Belt states — Ohio, Pennsylvania, Illinois, not to mention Kentucky and West Virginia — are coal-heavy states, where the mining and burning of coal not only keeps the lights on, but contributes significant (although declining) revenues to local economies. These states have a lot of throw-weight in Congress, making it difficult to get enough votes to pass legislation that is seen as tough on coal. To make matters worse, politicians from Big Coal states are constantly compelled to demonstrate their loyalty to the industry, lest their campaign contributions stop and media attacks begin. Witness West Virginia Gov. Joe Manchin, who understands very well the problems coal has wrought on his state, yet who vigorously defended mountaintop removal mining in his Senate campaign and shot a bullet through the cap-and-trade bill in one of his TV ads.

There is also a third way that coal exerts political influence, and that is through the historic connection between coal and progress. Environmentalists do not like to admit it, but we really do owe a large debt of gratitude to the coal industry. Coal was the engine of the Industrial Revolution, and without the power generated from coal, modern life as we know it today would be impossible to imagine. In the past, it really was true that one measure of progress was how much coal you mined and burned.

Of course, that connection is no longer valid today. In fact, the opposite is true: Mining and burning coal is a sign of a world that has not yet made the leap into the 21st century. But a sentimental attachment to coal remains, especially in places like West Virginia (the state flag has a coal miner on it), where coal mining is not just a job, but a way of life. To many people, coal is a symbol of simpler times, before anyone worried about jobs moving to China or the collapse of subprime mortgage loans. The coal industry understands these cultural connections very well and exploits them at every opportunity — the real point of all those wholesome “clean coal” ads that blanketed the airwaves this year is to remind viewers that coal is as American as mom and apple pie. Only a socialist — are you listening, Mr. President? — would be against it.

In the fight against coal, environmentalists and clean energy activists have yet to figure out a way to counter the industry’s overwhelming political advantages. They have made great progress, for example, in highlighting the ravages of mountaintop removal mining, but legislation to curb that destructive practice is unlikely to gain momentum anytime soon. And of course the prospects for legislation that will put a price on CO2 pollution, is, for the foreseeable future, nonexistent. In fact, House Republican leaders have made it clear that one of their top priorities in the new Congress is to strip the federal Environmental Protection Agency of its authority to regulate CO2 as a pollutant.

“This is a get-real moment,” says Becky Tarbotton, acting director of the Rainforest Action Network. There is talk among environmental activists of public demonstrations and large-scale civil disobedience actions against coal, and much hand-wringing about how to link people who care about the coal fields of Appalachia with people who care about the rapidly melting Arctic. “For us, the message from the election is that politicians clearly didn’t feel the outrage,” Tarbotton says. “We need boots on the ground. We need to build a broad social movement.”

In the long run, of course, the coal industry is doomed. No amount of lobbying or political power can save them from the fact that coal is on the wrong side of the innovation curve — it is a 19th century fuel that has thrown itself into the 21st century with sheer political muscle. Cheaper, cleaner ways to generate electricity are on the way. And every coal industry executive I’ve ever talked to knows that. “This is a short-term game,” the CEO of one coal company told me not long ago. The trouble is, for the health of our economy, as well as the planet, it’s not short enough.