The standoff with militant extremists at an Oregon wildlife refuge, which erupted into violence and arrests this week, stands in stark contrast to the new sense of collaboration between local residents and public land managers in the West. The militants claimed that the Malheur National Wildlife Refuge symbolized federal tyranny over public lands. But for many locals the refuge exemplified just the opposite: a successful community-based, collaborative partnership with the government. Not one local rancher had heeded the armed militants’ call to join their protest and rip up their federal grazing leases. 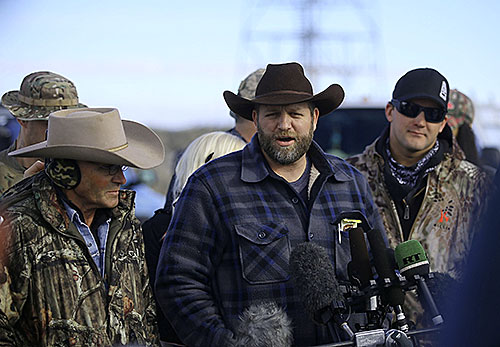 Malheur’s collaborative approach to land-use management began in 2008, when the refuge’s manager, Tim Bodeen, agreed to work with a cooperative group called the High Desert Partnership. It brought together ranchers, the Paiute tribe, conservationists, and federal staff to develop and implement long-term restoration projects on the refuge and across the region. After years of dialogue, a landmark plan was created in 2013 to guide the management of the 187,757-acre refuge for 15 years — sustaining it as a stopover habitat for millions of migratory birds as well as promoting it as a rangeland resource for local ranchers.

The plan, following an approach increasingly being implemented on Western public lands, uses innovative techniques suggested by local community members. Cattle grazing, for example, is encouraged as a method for controlling invasive plants that threaten the refuge — an experiment that will be rigorously monitored by participants. Since ecological conditions change, the plan treats grazing and all other management on the refuge as a series of experiments, testing to see what strategies work and what strategies don’t.

This requires a great deal of flexibility, which addresses a core frustration ranchers have had with federal lands. Decisions had become bogged down in rules, environmental regulations, and litigation, causing even the smallest of changes to take years to implement. Collaborative plans devolve much of the day-to-day decision-making to local participants, allowing for responsiveness to changing ecological conditions.

Collaborative plans devolve much of the day-to-day decision-making to local participants.

Most community members want to encourage these new collaborative conservation processes, not return to the violent conflicts of the past. Georgia Marshall, a Harney County rancher whose family has been grazing livestock on Malheur Refuge for generations, spoke for many when she addressed a packed town meeting and told the militants to go home: “I have seen the progress we have made in this community compared to what we went through years ago. Let’s not destroy what we’re doing.”

Thirty years ago, such collaborations among ranchers and federal agencies were rare. When I first moved to the West in 1986 to work on a wildlife refuge in Arizona, we thought cattle were the enemy of wildlife. We hiked along unfenced streams where herds of cattle loitered in drying creek beds. Cowpats littered the stream banks, and dirt loosened by hooves sloughed into the water, clogging fish gills. In the uplands, cattle-trampled bird nests, and erosion from their hooves encouraged invasive species such as cheatgrass. When we saw bad grazing practices, we blamed all ranchers rather than the careless few. To heal the resource, we practiced top-down conservation, implementing programs developed thousands of miles away. Sometimes this worked; more often, it just led to conflict and stasis. 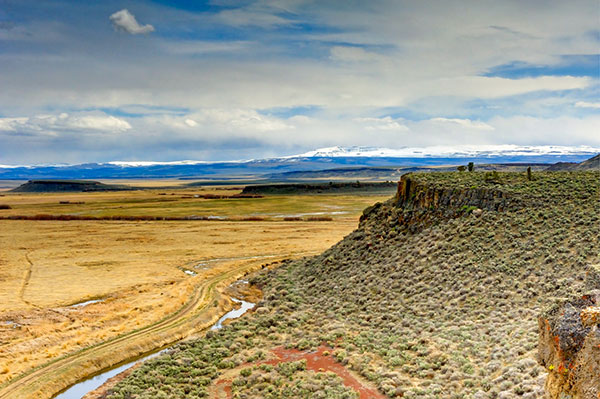 A view of Steens Mountain from the Buena Vista Overlook at the Malheur National Wildlife Refuge. JEFF SCORN/FLICKR

In 1993, the Malpai Borderlands Group changed all this. Along the border between Arizona and New Mexico, ranchers, conservationists, and federal agencies came together to create an innovative conservation partnership that shifted the views of many environmentalists about grazing. The first core concern of the Malpai Borderland Group was ecological. Decades of fire suppression meant that shrubs were invading grasslands, hurting wildlife and livestock forage, and harming the resiliency of watersheds. Thirty-five neighbors came together and created fire management maps for over a million acres. Since those initial meetings, the Malpai Borderlands Group has developed grass-banking programs to help ranchers share pastures to reduce overgrazing during droughts; re-seeding programs to restore rangelands; and scientific experiments to devise the best rotational grazing strategies for arid lands. Even more impressive, the Malpai Borderlands Group has helped former foes understand that they have much in common: a love for the land, and a desire to keep open spaces open.

Across the West, federal managers soon realized that local communities, not just outside experts, should be involved in making decisions on public lands — and that includes ranchers and loggers as well as hunters and anglers. Yes, too many cattle can harm grasslands and riparian areas when they’re poorly managed — allowed to graze along creeks when the soils are still wet (thus compacting soils), and eating annual grasses before they have a chance to set seed and reproduce. But managed grazing that keeps cattle rotating through pastures can be an excellent tool for restoration. Western grasslands co-evolved with herbivores, which means they thrive with disturbance from grazing. Cattle differ from native bison and elk in many ways. But with close attention to plant growth and soil moisture, grazing can foster grassland diversity, store carbon in soils, encourage the growth of grasses along creeks, and improve habitat for endangered birds. Doing this well requires specific local knowledge. Ranchers who work and live on the land often know the place and its limits better than people whose knowledge was gained in distant ecosystems.

These successes at community-based conservation, notably at Malheur, have sparked similar collaborations across the region such as the Sage Grouse Conservation Partnership. Once abundant across much of the West, sage-grouse populations are in trouble. The spread of invasive weeds such as cheatgrass fueled extremely intense fires that destroyed grouse habitat. Managers tried hard to suppress these fires, but fire suppression meant juniper and other conifers expanded, shrinking sage-grouse habitat even more. Fires, invasive species, and juniper expansion aren’t just bad for grouse; they also threaten ranching operations that need healthy native grasslands.

Collaboration works, which is why the armed occupiers of Malheur garnered very little local support.

Ranchers feared that if sage-grouse were listed under the federal Endangered Species Act, new regulations would constrain their operations. The High Desert Partnership in eastern Oregon brought together 53 ranchers on 320,000 acres who developed innovative practices to restore grouse habitat. “We started saying what’s good for the bird is good for the herd,” Tom Sharp, a rancher, told a local paper. Ranchers have agreed to take steps on private land to protect grouse, removing invasive weeds and uprooting junipers. On public lands, ranchers and federal agencies are collaborating to control fires and restore native grasses. The agreement, reached last September, has helped convince the Interior Department to refrain from listing sage-grouse under the Endangered Species Act.

In Oregon’s Klamath Basin, collaborative processes brought together groups that had been battling over limited water for decades. Farmers and ranchers needed the Klamath River’s water to irrigate crops and the power from its dams to pump that water into irrigation ditches. But commercial fishermen and four American Indian tribes needed the same water to restore fisheries habitat. The dams blocked passage for salmon, cutting them off from most of their historic spawning territory. After years of negotiation, farmers agreed to reduce crop acreage and consume less water in return for predictability, while the tribes agreed to allow farmers to divert some water in return for dam removal. Unfortunately, at the last moment Oregon Congressman Greg Walden — who had lavishly praised the process — scuttled the deal to appease his Republican colleagues in Washington. The lesson from this failure of collaboration, among so many successes, is that politicians, just like community members, conservationists, and federal agencies, must act in good faith with locals.

The Malheur refuge, located in the harsh high deserts of the Great Basin, is a jewel in the federal refuge system — a watery paradise for millions of migratory birds, a place where streams meander into a maze of wetlands, and vast blue-green salty seas teem with life. Before President Theodore Roosevelt created the refuge in 1908, egrets were on the verge of extinction; duck populations were crashing. Malheur’s restoration means a richer world for all of us. Most residents of Harney County are proud of the refuge and its role in sustaining migratory birds for all Americans. They’re also proud of the progress they’ve made in dealing with federal land managers.

Collaboration works, which is why the armed occupiers of Malheur garnered very little local support for their antics. The lesson of Malheur is that community-based conservation offers hope for a future that sustains wildlife as well as rural communities. Rather than viewing the refuge as symbol of confrontation, Americans can take pride in it as a symbol of democratic principals in action, as well as natural beauty.