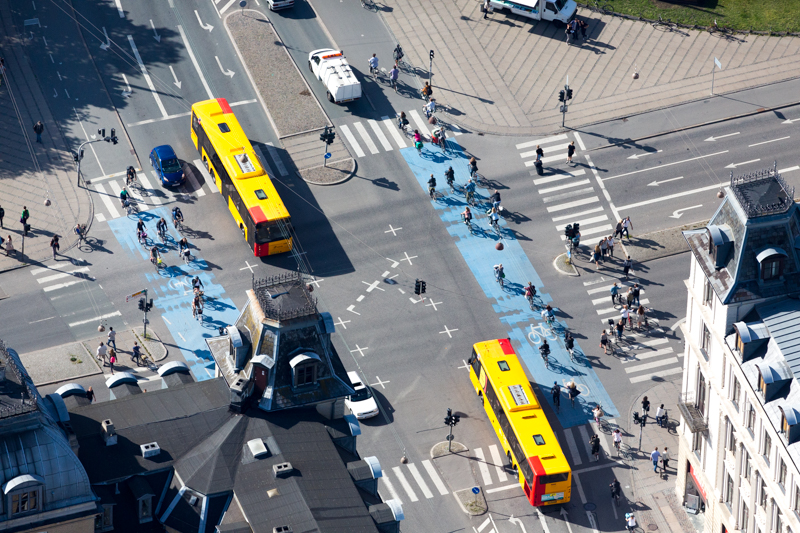 Europe and the United States have very similar standards of living, but significantly different carbon footprints — with Europe’s per capita carbon emissions less than 50 percent of those in the U.S. Aerial photographer Alex MacLean decided to document this phenomenon in an attempt to understand how the highly developed nations of northern Europe are able to spew significantly less carbon into the atmosphere. Flying over Sweden, Denmark, Germany, the Netherlands, and Wales with camera in hand, MacLean came away with an appreciation for how a country’s carbon footprint is directly related to how efficiently it designs, moves through, and powers its built environment.

Over a series of months, MacLean documented historical design advantages that many European nations have inherited and now knowingly reinforce in their physical landscapes: dense urban centers with an emphasis on pedestrian and bike accessibility; compact rural and suburban communities with sharp growth boundaries; connectivity between public transport and human-powered transportation; the integration of commercial and retail space into the fabric of residential areas; and a dearth of sprawl. “How we organize ourselves on the ground is the key factor determining how much fossil fuel we burn,” MacLean says. 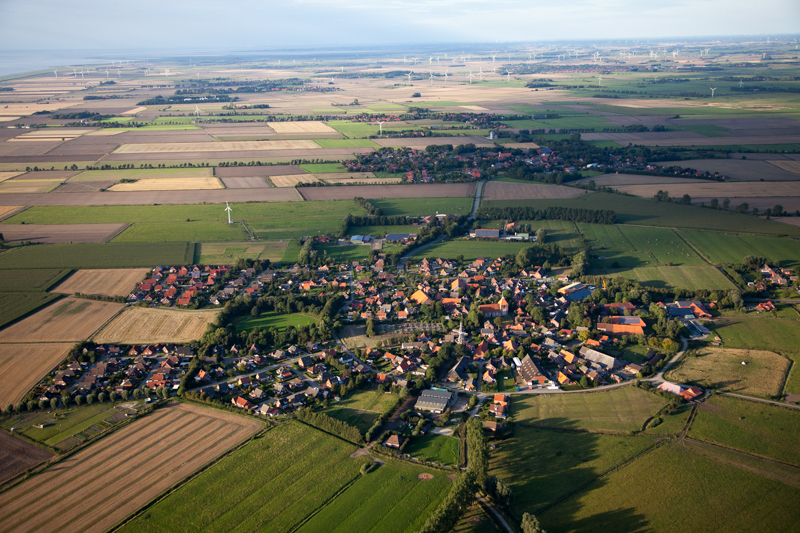 Rysum, Germany, a 15th-century village. Expansion is restricted within a growth boundary, creating a sharp urban and rural edge. 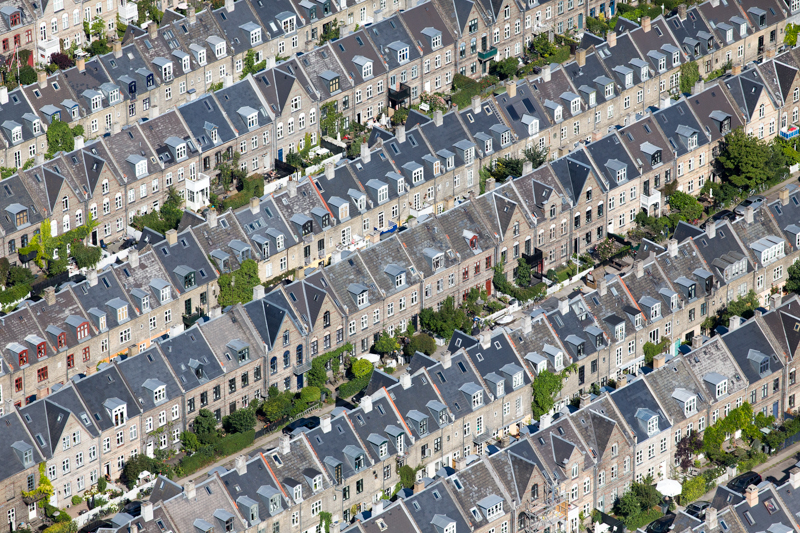 A neighborhood in Copenhagen, Denmark, with dense housing that has a relatively low carbon footprint. 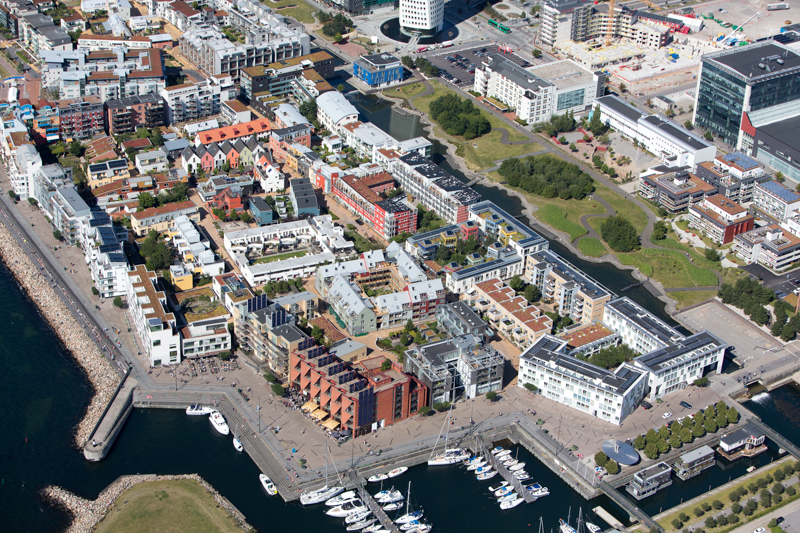 Western Harbor, in Malmö, Sweden, is the first carbon-neutral neighborhood in Europe. 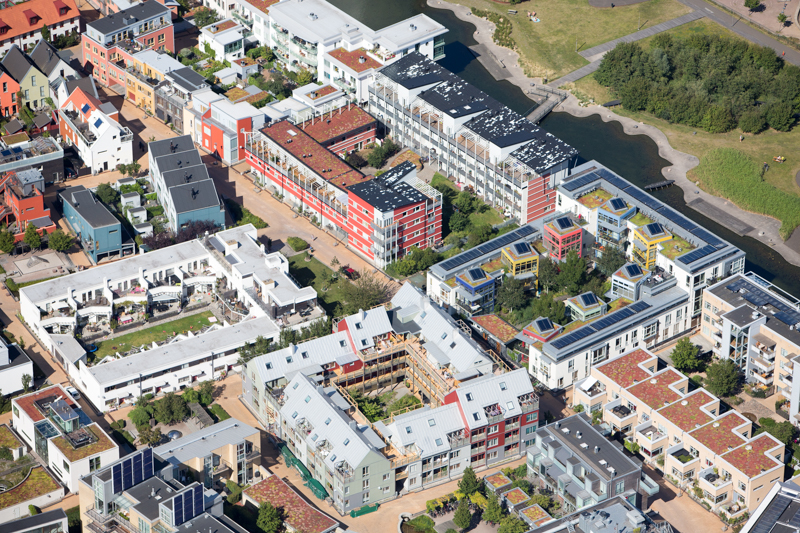 Malmö’s Western Harbor was transformed from a former shipyard and is now home to 4,000 people. 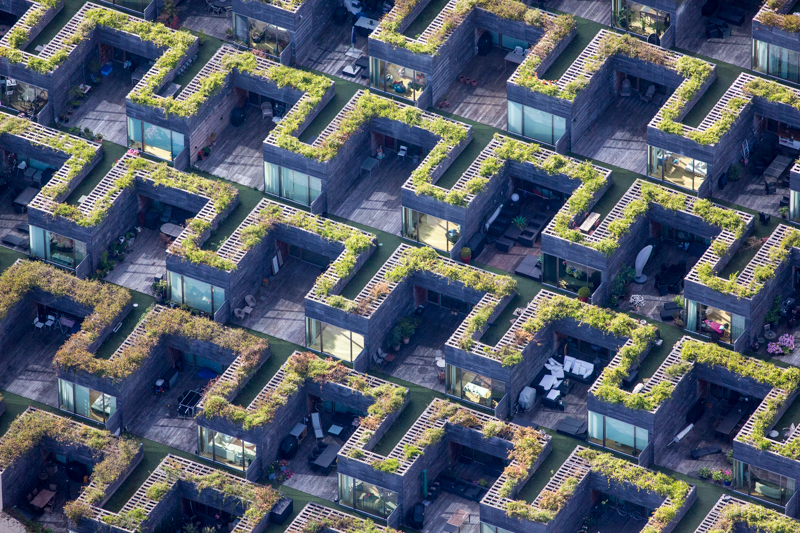 A planned community with roof gardens in the Ã˜restad district of Copenhagen. The city requires green roofs for all new buildings with pitches less than 30 degrees.

The intersections of downtown Copenhagen have been redesigned to separately accommodate public transit, bikes, and pedestrians. 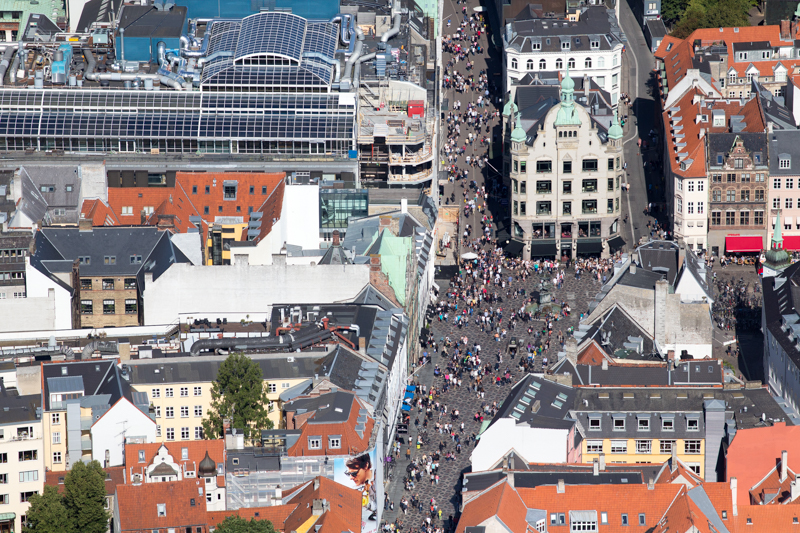 Strøget St. in Copenhagen. To avoid controversy, city planners have removed a small percentage of street parking each year. 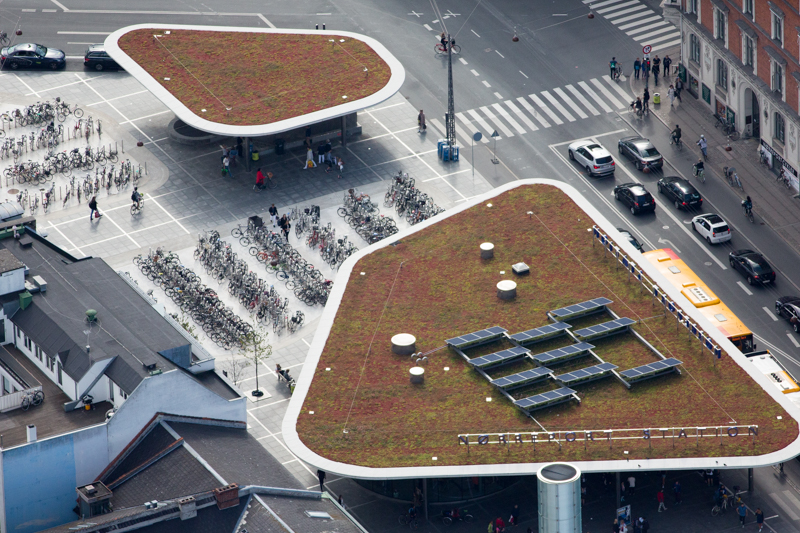 Nørreport Station, Copenhagen. Many commuters have two bikes, one for each end of their commute. 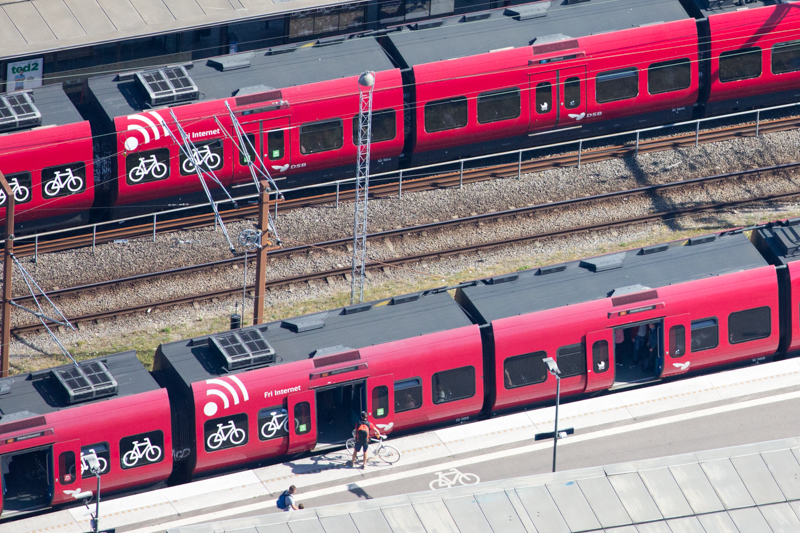 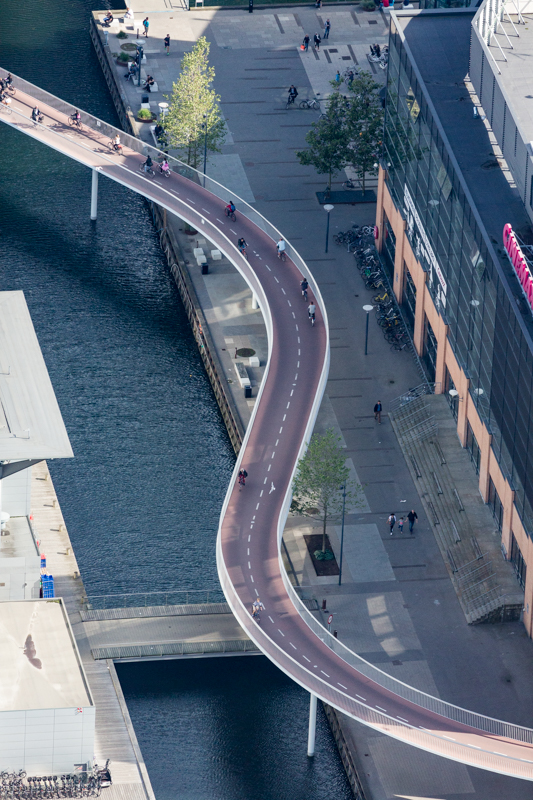 A dedicated bike bridge, called the “Cycle Snake” in Copenhagen. Continuous bike lanes are increasingly popular in the city. 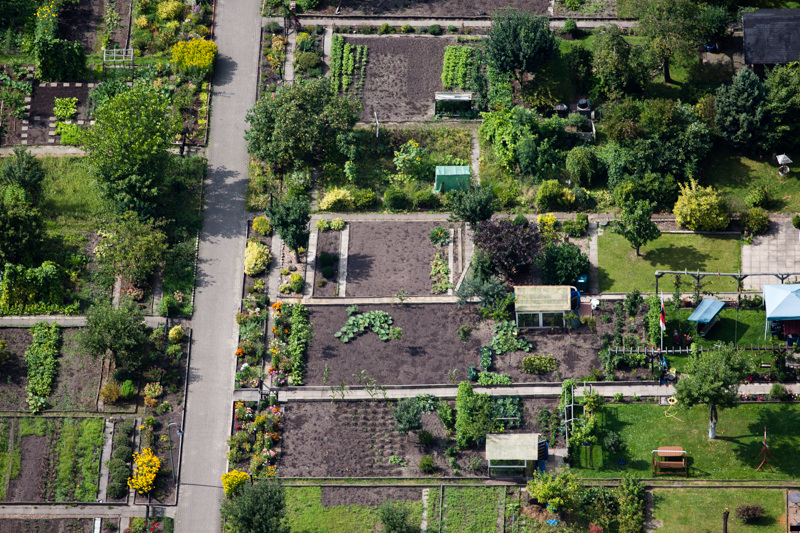 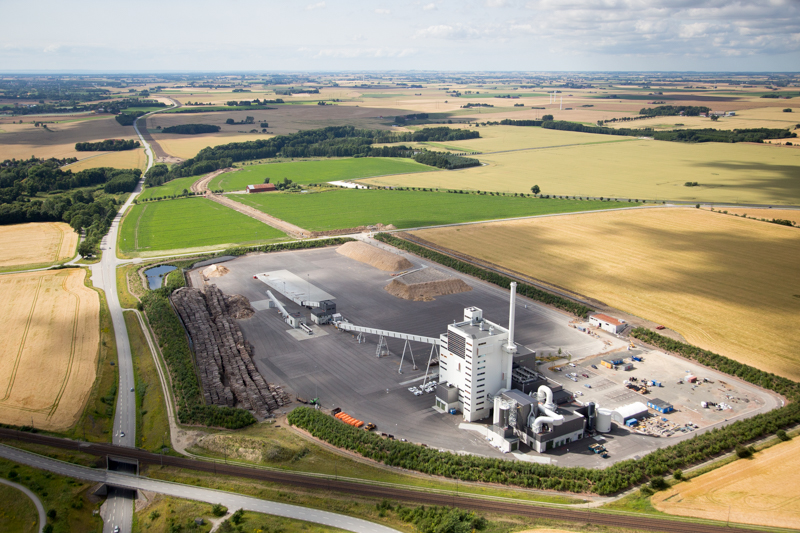 A biomass power plant in Ortofta, Sweden, provides district heating through a buried pipeline to the equivalent of 25,000 households in three nearby communities. 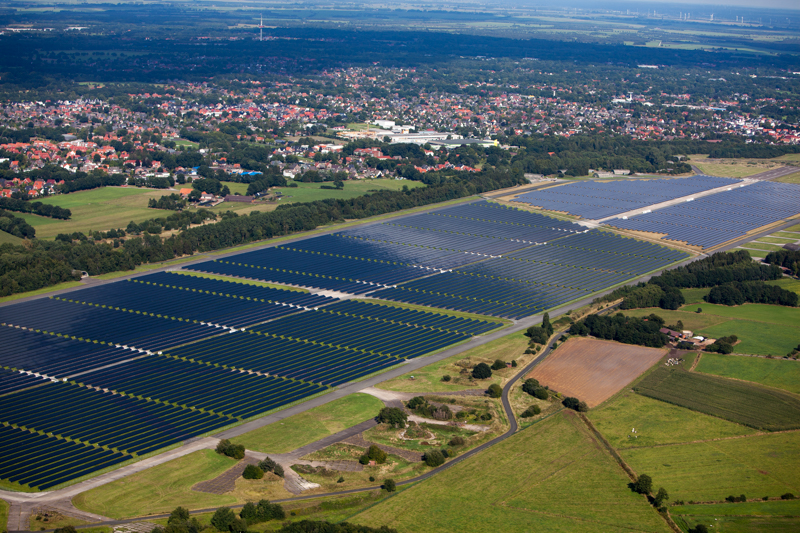 Neuhardenberg, Germany. This solar power plant, built atop former military airport runways near the Polish border, has a production capacity of 145 megawatts. 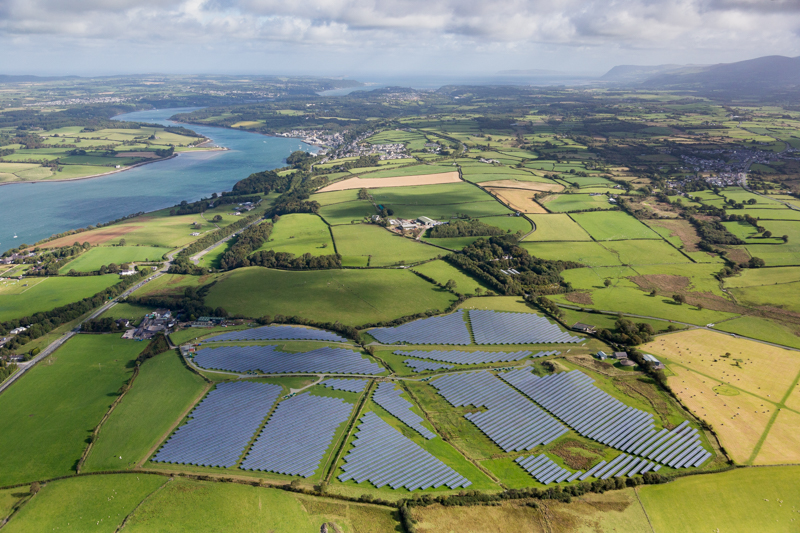 Caernarfon, Wales. Solar farms are popping up in the Welsh countryside, although there is local concern about their visual impact. 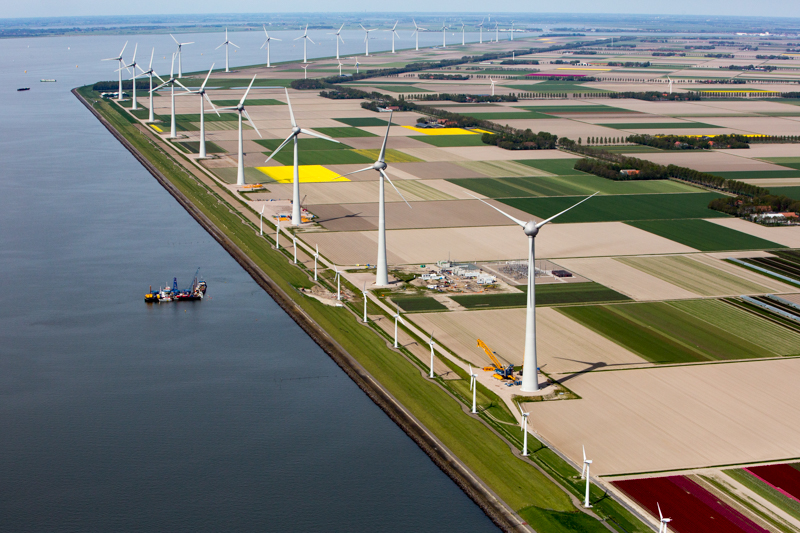 Espel, Netherlands. When completed, this wind farm will be the largest in Holland. The larger wind turbines are replacing smaller, earlier models. Wind turbine blades stockpiled at a port facility along the Elbe River in Stade, Germany. A 25-turbine wind farm located about eight kilometers off the northern Welsh coast in the Irish Sea.

Journalist Daniel Grossman worked with MacLean on this project, which was supported by the Pulitzer Center on Crisis Reporting.