It’s been a year since the blowout in the Gulf of Mexico — so a little hindsight is now in order. Recklessness caused the worst unintended release of oil ever; lives were lost and permanently changed. By definition, we won’t know the long-term consequences until the long term. Scientific studies are ongoing. Some government findings are being held as potential evidence in court cases, distorting the usual scientific atmosphere that seeks understanding through openness. Frustratingly, as of now, many questions remain.

And there may be some surprises. Most people feared major die-offs of fishes and shrimp in the northern Gulf. But when areas closed because of oil were reopened to fishing, fishing was generally excellent. A season closed to fishing may have done more to help the fish than the oil did to hurt them. 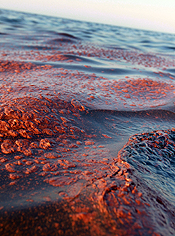 While the oil was flowing, fewer dolphins died than many had feared; it seemed they perhaps dodged the brunt of the oil. But in March and April of this year, newborn dolphins were washing up dead in high numbers in the northern Gulf — a very unpleasant surprise, but not unprecedented. Did the oil kill them? An unrelated infectious disease? Were they more susceptible to disease because of the oil? No one knows.

The Gulf is the only nesting area for Kemp’s Ridley turtles — the world’s most endangered sea turtle. Many turtles that washed up, including Kemp’s Ridleys, showed no visible signs of oil. Did fishing nets kill them? And of those that did die in oil, how many went undetected?

In other oil spills, a rough rule of thumb is that for every carcass found, nearly ten times that number go undetected. According to the New York Times, researchers are now dropping bird carcasses offshore to see how many will sink and how many will wash ashore, which may help them determine how many birds were killed by oil beyond those that were found.

And while most people did not get sick, a disturbing number of individuals — perhaps more sensitive or more exposed — continue to complain of significant health problems since the blowout and the spill.

The deep plumes have already dissipated, apparently eaten by the Gulf’s oil-adapted microbes. Yet some of that deep oil seems lodged in seafloor sediments, and, up to seven miles from the wellhead, it appears to have killed some deep-sea coral.

But was it, as was often said, “the worst environmental catastrophe in American history”? Well, no. Many people feared the blowout would kill the great marshes of the Mississippi Delta. Some even claimed it would kill off the whole ocean, or worse. But while the blowout wasn’t the ongoing ecological catastrophe that some predicted, there exist much bigger long-term problems we don’t fear nearly enough.

First, Delta marshes. The marsh itself (not the useless booms) stopped most oil reaching the Delta, absorbing it while preventing it from moving farther into thousands of square miles of marshes. By late summer, some of that was growing back — and yet in some areas, a lot of oil remains in marshes and in beach sand.

The Gulf’s problems did not start with the blowout. Since the 1930s, oil and gas companies have dug about 10,000 miles of canals through the Delta’s shady cypress swamps, black mangroves, and emerald marshes. Lined up, the channels could go straight through the Earth, with a couple of thousand miles to spare. They’ve brought saltwater that has killed vast tracts of coastal forests, while subjecting America’s greatest wetlands to steady erosion. These Delta-slicing channels cause banks to crumble, swapping wetlands for open water and creating prime conditions for hurricanes.

Upstream, dams and levees cut off the sediment that could help heal the erosion. The Mississippi River is the main source of the Delta’s nourishment. But levees built against floods, channels deepened for freight shipping, and the buzzing boat traffic servicing oil rigs has isolated the river from its own delta. So the heartland sediment that washes down the Mississippi now gets shot straight out into the open Gulf, rather than nourishing the Delta that depends on it.

Some of BP’s damage money should be used to re-engineer the Delta’s flow of water and sediment.

Starved on one end, eaten at the other. These poorly planned engineering debacles have cost Louisiana’s coast about 2,300 square miles of wetlands out of an original 10,000. Marshland continues disintegrating at about 25 square miles each year. A lot of marsh remains, but the amount being lost — and with it its wildlife, fisheries productivity, and recreational opportunities — is staggering. The vast marsh nurseries help the Gulf produce more seafood than any other region in the lower 48 states. Some estimates predict they’ll largely vanish by 2050.

All of this — all ongoing — constitutes the most devastating human-made disaster that’s ever hit the Gulf. It’s a chronic disease doing far more damage than the blowout ever will.

The solution: Use some of BP’s damage money to re-engineer the Delta’s flow of water and sediment, reuniting the Delta with its mother, the Mississippi, and letting the river revive America’s greatest wetlands.

The oil that got away was supposed to have helped power civilization, not spew waste and devastation. The blowout sent 206 million gallons of oil into the Gulf, but once there, the Gulf’s 660 quadrillion gallons of water has been continually diluting the oil. Meanwhile, though, society’s intended use — burning the oil and gas in our engines and boilers — is constantly concentrating carbon dioxide in the atmosphere at a thousand tons a second, billions of tons a year. That invisible spill is changing the world, forever.

And our everyday use of fossil fuels is altering both the atmosphere and the ocean. The journal Science last year published a series that summarizes already-observed changes to the world’s oceans and the implications for human health and food security. One of the scientists, calling oceans the heart and the lungs of the planet (because plankton produce half the oxygen humans breathe), observed, “It’s as if the Earth has been smoking two packs of cigarettes a day.”

The worst environmental disaster in history isn’t the oil that gets away. It’s the oil we burn, the coal we burn, the gas we burn. The real catastrophic spill is the carbon dioxide billowing from our tailpipes and smokestacks every second, year upon decade. That spill is destabilizing the planet’s life-supporting systems, killing polar wildlife, shrinking tropical reefs, dissolving shellfish, raising the sea level along densely populated coasts, jeopardizing agriculture, and threatening food security for hundreds of millions of people.

I in no way excuse either the people who caused the Deepwater Horizon blowout, or the total lack of preparedness. The Gulf blowout was, and is, a disaster. But the oil we don’t spill — that’s a catastrophe. And as catastrophes go, altering the heat balance and acidity of the whole planet dwarfs the Gulf blowout of 2010. I mean no disrespect to the people so horrendously affected by the blowout, but that’s my weighing of the facts.