Sea levels are rising faster than they have in at least 28 centuries, according to recent research, and by 2100, they are expected to rise by one to four feet — possibly even higher. If emissions go unchecked and polar ice sheets melt on a large scale, global sea levels could climb by dozens of feet in the coming centuries. From Shanghai and Mumbai to New York and Buenos Aires, even a few feet of sea level rise threatens to flood homes and highways, inundate sewage treatment plants, and contaminate drinking water. 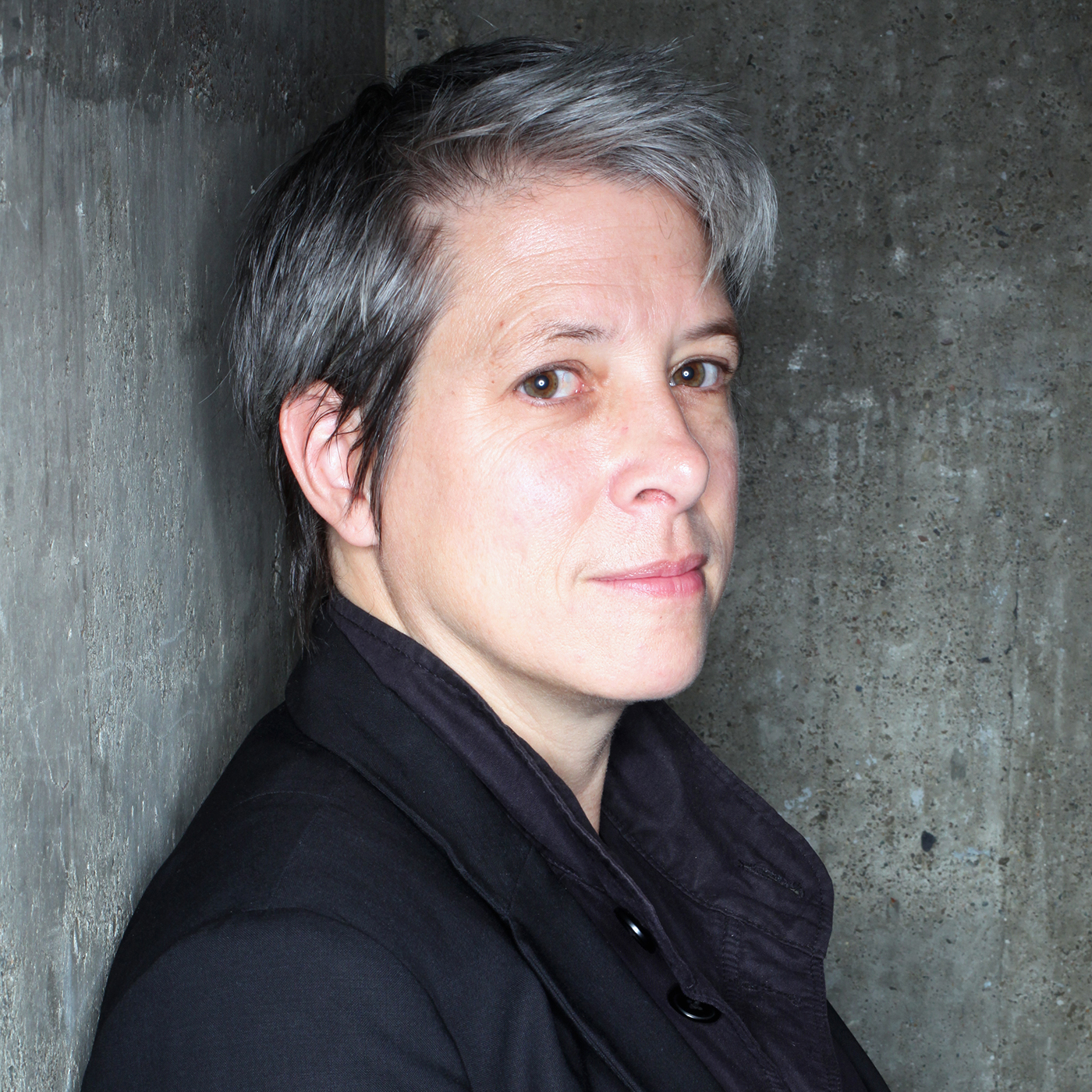 Landscape architect Kristina Hill argues that cities need to start planning now for impacts that will happen 50 or 100 years in the future. “It takes decades for us to get our act together and build things,” says Hill, an associate professor at the University of California, Berkeley. “Future generations won’t have the luxury of decades. They’re going to be coping with two feet of sea level rise over 25 years, potentially.”

Hill advocates blending natural ecosystems and human-made infrastructure to help cities adjust to rising tides. She has studied sea level rise adaptation in Germany and The Netherlands and worked with city governments in New Orleans and Seattle to design water management systems. Currently, she is developing innovative adaptation strategies for the Bay Area. In an interview with Yale Environment 360, Hill talked about her vision for modifying coastal communities, the limits to adaptation, and the promise of “cyborg landscapes.”

Yale Environment 360: From your perspective as a landscape architect, which projections of sea level rise should we be paying attention to as we plan for our cities, and how far out should we be looking?

Kristina Hill: From a very practical perspective, we have to at least look in terms of the horizon in which we borrow money to pay for infrastructure investments. So if we build a new sewage treatment plant, we know it’s going to take a hundred years to pay it off. We at least have to make sure that we’re planning for what’s going to happen during that debt period. That’s the minimal responsible behavior. But I have always thought that we have to plan for the upper trend line, because even if that isn’t what happens by 2100, it is eventually going to happen. And we owe a big debt to future generations because we have benefited from the use of fossil fuels.

We have doubled down in times of change and remade our original bets on things like sewage treatment facilities and roadways.

e360: You’ve said that in most cases the best response to sea level rise is not the extreme one of building walls or abandoning the coast, but instead it’s something you call “hybrid edges.” What do you mean by that term, and what it would look like in New York or in San Francisco, for example?

Hill: I should qualify it a little bit because in San Francisco it would look a little different than in New York because of storm surge, the higher wave regime potential of hurricanes [on the U.S. East Coast]. And I do think that giving up some houses that are expensive and highly exposed makes a lot of sense. But overall, in most urban areas, we have tended to double down in times of change and remake our original bets on things like sewage treatment facilities and roadways. We don’t abandon many roadways. And I think that we will continue to do that because frankly it is so difficult politically and economically to relocate major infrastructure in the U.S.

When I think about the hybrid edge idea in San Francisco, it would look like a mix of wetlands and beaches, and what I’ve been calling micro-polders, where you have a levy or a berm around areas that contain housing. It’s like being in a shallow lake. Houses are on piles, they’re not floating, and the pond actually can take an extra three or four feet of storm water when needed. In the infrastructure itself, people are living in beautiful houses on piled foundations, and they’re surrounded by wetlands and beaches. To me that doesn’t sound like a hair shirt. All of the urbanizing edge of San Francisco Bay could be redeveloped in this way.

e360: What is meant by the term “cyborg landscapes,” and what is exciting about the concept?

Hill: There was a literary movement in the 80s to think about the cyborg as anything that involves artificial parts combined with biological systems. And I think it’s still a really important idea today because we’re looking at living systems as a real component of functioning infrastructure. When we use rain gardens or wetlands as part of our storm drainage system, we’re essentially creating a cyborg landscape. One of my colleagues at the University of Virginia, Elizabeth Meyer, first used that term about landscape in talking about Olmsted’s design for the Back Bay Fens of Boston. He designed that in an artificial way to re-grade that entire muddy river landscape so people wouldn’t be exposed to sewage that was stranded on the banks of parks at high tide. This technologically is actually cheaper than putting in a lot of concrete reinforcements, steel, and machinery. We can extend our grey infrastructure by adding a lot of green infrastructure.

e360: Does it work as well, specifically in the case of sea level rise?

Hill: We know that we can reduce costs. Here in the Bay Area we’ve done some studies looking at what happens to the cost of a levy if you add a wetland on the ocean side. They’re calling them horizontal levies — a levy with a wedge of wetland on the bay side. That wedge-shaped topography, more than the plants themselves, trips the waves further out, reduces the wave height. And then the levy can be smaller, so it actually saves a lot of money per mile to add this wetland wedge on the outside. 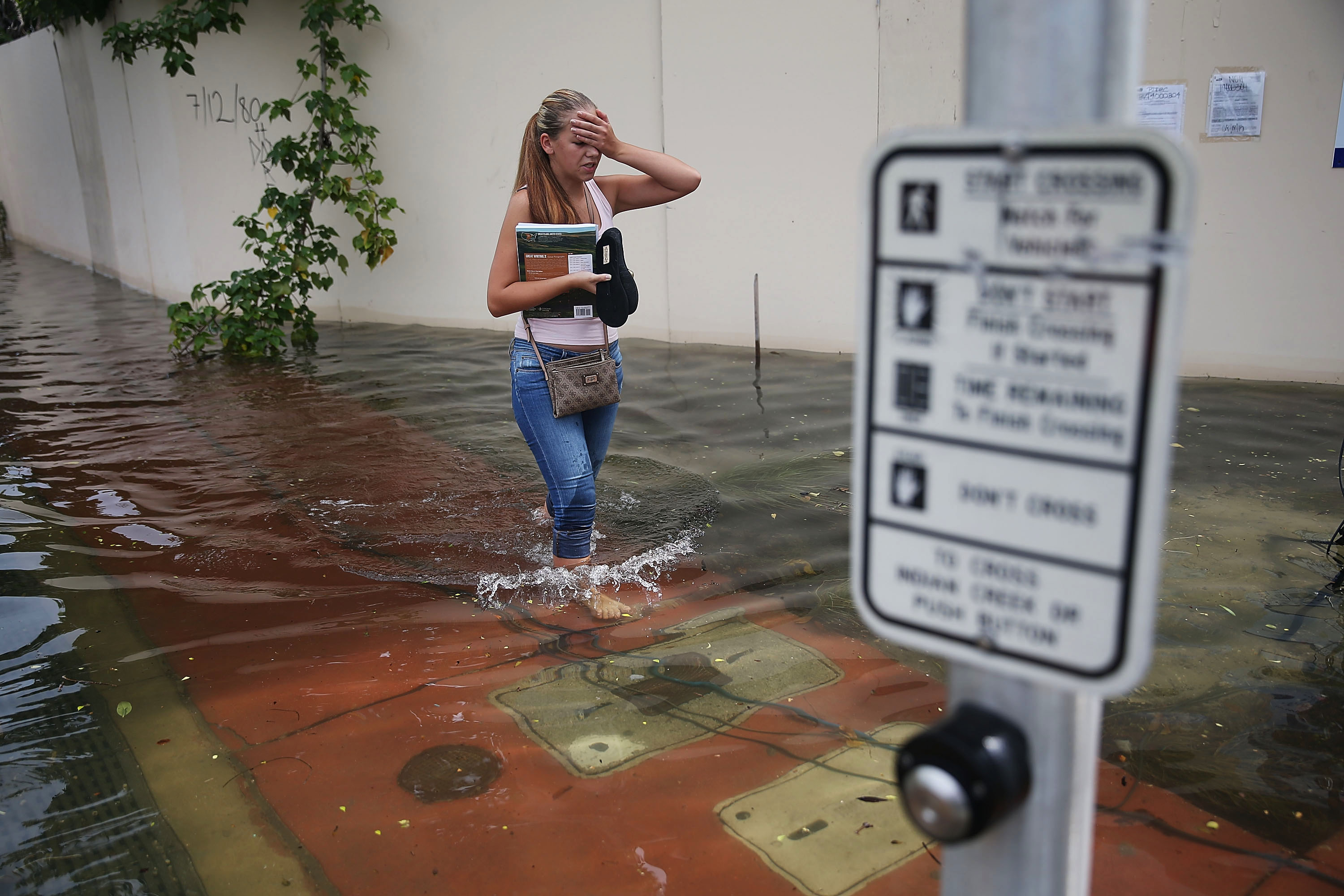 A woman walks through a flooded street during a 2015 King Tide in Miami. JOE RAEDLE/GETTY

e360: You mentioned that since San Francisco doesn’t have to deal with big hurricanes and storms, it could take a different design approach. What ideas would work in places like New York that do have to deal with much higher storm surges?

Hill: We’re expecting to see kind of a doming of sea level, a greater amount of rise in the Mid-Atlantic and the Northeast than we’ll see on the West Coast. It could be an extra twelve inches. So it’s possible that on the East Coast we’d have to use more wetlands and more sand dunes and beaches, and less of the hybrid wet pond development. But I think there are still places where a combination of houses on piles and wetlands could work. That wouldn’t be a bad strategy for Atlantic City or Virginia Beach to look at for about a hundred-year period. They will still have to evacuate for hurricanes. And they might have to design those houses so that they can accept damage and be rebuilt so long as the pilings are designed to last a hundred years.

The other option for places like Rockaway Beach [in New York City] is to build a kind of a rock peninsula that would serve as a spine to allow houses to be built on it, and roadways. Because the problem really is that roadways on sandy spits are eventually going to go away. And then you have to get to your house by boat, and that only works for a certain number of people. So the roadways themselves are going to end up being a limiting factor on how long we can occupy and rebuild. I think we’ll have to eventually abandon the Rockaways, parts of Queens, parts of Staten Island. Abandon is the wrong word. We really have to reinvest in them as ecosystems that are resilient to storms, instead of seeing them as just sad, abandoned spaces.

e360: So some of the ideas you’re talking about are intended to buy us time so that we can slowly withdraw from these areas?

Hill: Well, buy us time so that people who want to be creative and stay can be creative and stay. But if sea level gets to ten feet, we really need to rethink. It will be like medieval castle walls. Maybe Manhattan would be protected, but other places would really have to retreat to higher ground. If sea level rise even gets to four feet, we will have so many infrastructure investments we have to make, sewage treatment plants, sewage pipes, which will fill with groundwater, contaminated soil that will be remobilized by rising water tables. Otherwise we’re going to have to abandon large areas of roadways and other infrastructure. And then it will be like living off the grid in some house in the Rockaways with no road and no sewer. You have to put it in context and imagine what’s happening to the public-sector infrastructure while people are trying to rebuild and rebuild and rebuild these homes.

e360: Do the ideas you’re talking about also apply to countries where there might be even more limited financial resources?

Hill: Well the nice thing about green-technology — building wetlands and living on pile houses in wet ponds — is a lot of these ideas would work in developing countries. It’s just moving earth, whether that’s done in part by hand labor, with shovels, or by big machines. And eventually, like I said, if it gets to six feet or ten feet, people have to pull back a lot further.

e360: Beyond sea-level rise, what are some of the ways that cities can work with nature, rather than against it, to prepare for climate change?

Hill: We need to bring plants into cities that allow us to have higher evapotranspiration rates, like when your body sweats to release heat. Evapotranspiration releases heat from the city in important ways, and it provides shade at the same time. There’s a lot of work to do to adapt cities in the middle of the United States — Chicago, St. Louis, Minneapolis — to temperatures they aren’t used to feeling.

e360: You’ve said that cities are at the edge of climate change.

Hill: Cities are heat islands. They are showing us what the future is going to be like for other places. Plants can survive in cities that can’t survive in the rural areas around those cities because cities are warmer. So in a way they’re islands of a future climate. But that means they’ll also be peaks in that future climate where things get too hot.

e360: Getting back to sea level rise, can you name a couple of U.S. cities that you think are doing a good job so far of starting to adapt their waterfronts to climate change?

Hill: I think New York’s efforts on urban infrastructure are very important. When a city that big starts focusing on something, even if they just do a little, it makes a big impression. For example, the [U.S.] Army Corps [of Engineers] has changed its policies in part as a result of pressure from people in New York City demanding that there be other options besides big sheet piling metal walls. So when New York does something, the whole government feels it, and then starts to change.

Portland, Maine is being very practical about their approach. As a small city, they’ve been doing a good job. The whole Puget Sound region has a terrific program with [the] U.S. Fish and Wildlife [Service] where they are looking at highway realignments and all kinds of major infrastructure changes around Puget Sound.