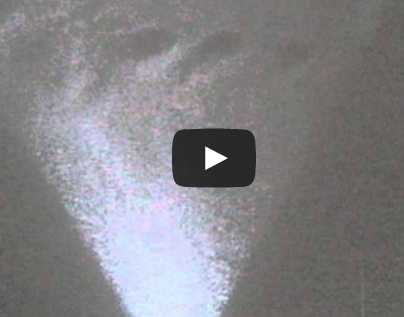 Airflow patterns are visible during blizzard.
configurations, researchers report in Nature Communications. Wind farms lose roughly 10 to 20 percent of the potential energy they could harvest, and complex airflow patterns play the largest role in those energy losses. Studying airflow around large turbines, which can be more than 100 meters tall, is not feasible in lab settings, so scientists typically test smaller turbine models in wind tunnels and use tracer particles to visualize airflow patterns. Researchers from the University of Minnesota realized they could scale up their experiments to real-world conditions by using heavy snowfall during a blizzard to trace airflow patterns, as shown in this video. Their findings show that airflow patterns under real-world conditions differ from smaller-scale laboratory tests in important ways, and those differences should be taken into account when designing turbines and wind farms.