In Flint, Michigan, a city of 100,000 whose population is 56 percent African American, a state cost-cutting measure to begin drawing drinking water supplies from the Flint River has led to a public health crisis. The corrosive waters of the river have leached lead out of Flint’s aging water pipes, causing thousands of children to ingest dangerously high levels of lead — a problem that was ignored for months. Yale Environment 360 asked Robert D. Bullard — dean of the Barbara Jordan-Mickey Leland School of Public Affairs at Texas Southern University and the man widely considered to be the first to fully articulate the concept of environmental justice — five questions about how the situation in Flint reflects on environmental inequality in the United States. 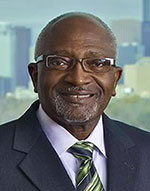 1. Everyone from Sean “Diddy” Combs to Cher has been donating bottled water to Flint. What government action would you need to see now that would indicate to you that this crisis is being adequately addressed?

The Flint water crisis is a man-made disaster and a textbook case of environmental injustice. Government flat-out failed this city. Residents are still waiting for justice since their drinking water is unsafe. This is more than a small inconvenience. Try living a normal day-to-day life off bottle water. State workers in Flint were given bottled water while residents complained to the government —and that was some eight months before residents were told the city water was unsafe. This is immoral, unjust, and unfair. The harm to children who drank lead-tainted water is forever. Thus, long-term solutions are needed — solutions that extend well beyond the next four-year election cycle. All government officials responsible for this disaster must be held accountable. It is questionable if the individuals responsible for this disaster can be trusted to fix it. External oversight is needed. The government should move quickly to implement the NAACP 15-point action plan to repair the city’s water system, assist affected residents, restore democracy, and support efforts to improve the overall quality of life of residents.

2. Could the situation in Flint be so egregious that it will mark a turning point in environmental injustice?

What happened in Flint should never happen to any city again. Clearly, all levels of government failed the residents of Flint. A lack of democracy and environmental racism caused the Flint water crisis. The federal Environmental Protection Agency (EPA) operates from its headquarters in Washington, D.C. and has ten regional offices that operate as quasi-autonomous little EPAs. Too often a dismissive culture exists within state and federal environmental agencies that results in slow response or no response to environmental and health threats to low-income and people-of-color communities, which are also referred to as environmental justice communities. Government inaction needlessly exposes these communities to elevated health threats and should be dealt with quickly.

It is not enough to have a few state and federal officials handed pink slips or voluntary resignations. Institutional change is needed and equal environmental protection must be provided to all Flint residents without regard to race, color, national origin, or income status. Zip code is still the best predictor of health and is also a powerful predictor of who gets polluted and who gets protected in the United States. All zip codes are not created equal. In the environmental world, some communities have the “wrong complexion for protection.” The failure of government to respond in the Flint water crisis is not an isolated case. We now have a large body of environmental justice studies and empirical evidence from coast to coast showing environmental and health disparities hit low income and people of color hardest. America is still segregated. And so is pollution. Differential threats to environmental justice communities come from a number of sources, including lead paint in housing, pollution from traffic, dirty power plants, refineries, high-risk chemical plants, landfills, and incinerators. A recent study revealed people of color breathe 38 percent more polluted air than whites. People of color make up 56 percent of residents who live within a two-mile radius of a hazardous waste facility.

3. The EPA’s Office of Civil Rights is charged with investigating claims of environmental discrimination. Several community groups have sued it for failing to do just that. The EPA has proposed changes that would, as one EPA official put it, “lay a new foundation” for the Office of Civil Rights. You recently testified at a hearing on the proposed changes. What did you tell the EPA it needs to do differently?

My advice was straightforward. I urged the agency to use its authority and power to ensure equal protection and root out racial discrimination wherever it is found. Generally, communities of color do not trust or have confidence in their state regulatory agency to enforce civil rights and dispense equal protection. And by default, the EPA is viewed by many environmentally impacted communities as the only game in town to get justice. EPA needs to deliver. The EPA should not allow any family, and especially innocent children, to be overburdened with pollution and their neighborhoods to become toxic “sacrifice zones.” Much of what is happening in environmental “sacrifice zones” is environmental racism. EPA should not hide behind “scientific complexity” as an excuse for not acting forcibly to root out discrimination and punish the perpetrators. Clearly, the act of cleaning up toxic waste in white communities and dumping it in black communities is not “scientifically complex.” This actually happened in the December 2008 Tennessee Valley Authority coal ash disaster. Toxic coal ash from the massive spill was cleaned up in Roane County, Tennessee, which is 93 percent white, and shipped by rail 300 miles south to Uniontown, Alabama, which is 88 percent black.

The act of targeting locally unwanted land uses and environmentally polluting facilities in communities of color has little to do with the science of toxicology, epidemiology, hydrology or geology — but has more to do with political science and sociology. EPA has never found a case of environmental discrimination and more than 90 percent of the claims have been dismissed. EPA’s “look-the-other-way” position got us where we are today — a big mess. It’s time to clean up this mess. And the time is right now.

4. You’ve pointed out that EPA’s regional offices often don’t have relationships with disenfranchised communities. How should the EPA begin to remedy that?

Clearly, the EPA has to do some real institutional bridge-building work in regaining the trust it had before the Flint water crisis. It’s not about public relations. Some regional trust-building was already underway in some regions before the disaster in Flint. Over the last two years, EPA Region 6 held environmental justice workshops in each of the states in its jurisdiction. I participated in three of the state meetings and found them to be informative and a useful framework on which to build and strengthen government, community, and university partnerships. The meetings are good first steps. However, the EPA-initiated meetings have done little to advance adoption of environmental justice principles within state environmental agencies. States that have been hotspots for environmental justice complaints, like Texas and Louisiana, invariably fight and sue the EPA when its moves forward with strengthening environmental regulations and enforcement. Environmental groups have fought back with their own lawsuits. Just this year, the Environmental Defense Fund and the Caddo Lake Institute petitioned the EPA to strip the Texas Commission on Environmental Quality of some of its authority under the federal Clean Air Act and Clean Water Act, arguing it is ineffective, toothless, and not getting the job done.

5. At that EPA hearing you said, “Not much has changed since I wrote Dumping in Dixie in 1990 — 25 years ago chronicling environmental racism in the South.” It’s a sobering statement. Where do you continue to glean inspiration for your work?