The global economy is becoming less energy intensive, using fewer fossil fuels to power productivity and economic growth, according to new data from the U.S. Department of Energy. 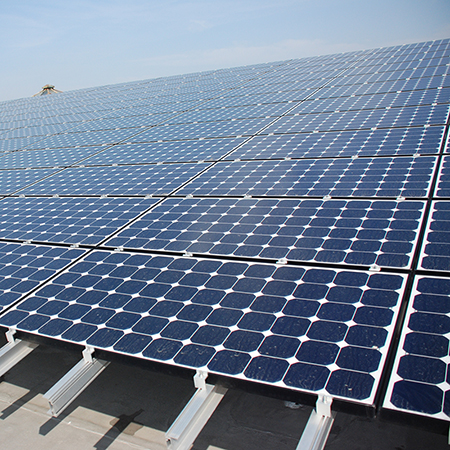 Rooftop solar panels
Global energy intensity — a measure of energy consumption per unit of gross domestic product (GDP) — has decreased nearly one-third since 1990, the agency said. The U.S., for example, burned 5,900 British thermal units per dollar of GDP in 2015, compared to 6,600 BTUs in 2010. China burned 7,200 BTUs per dollar in 2015 versus 8,300 BTUs in 2010. The Department of Energy says the decrease is the result of the growth in low-carbon energy sources, such as wind and solar, and improved energy efficiency. “This is excellent news,” Penn State University climatologist Michael Mann told Climate Central. “The dramatic drop we are seeing in global energy intensity is a direct indication that energy efficiency measures are having a very direct impact on global carbon emissions.”