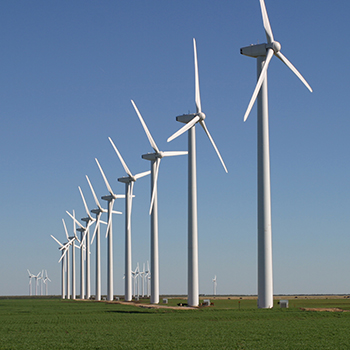 Wind turbines near Fluvanna, Texas.
over the next several years. The investments will be made through the Breakthrough Energy Ventures fund, created by tech titans like Gates, co-founder of Microsoft, Amazon founder and CEO Jeff Bezos, and Alibaba founder Jack Ma. Major areas of interest are expected to include energy storage, low-carbon electricity generation, transportation, and energy efficiency. “Anything that leads to cheap, clean, reliable energy we’re open-minded to,” Gates told Quartz. “People think you can just put $50 million in and wait two years and then you know what you got. In this energy space, that’s not true at all.” The investments will help supplement federally funded research at government and university labs, as well as support early-stage startups and labs without government grants.