New Zealand to Eradicate All Rats, Stoats, and Possums by 2050

New Zealand is launching a $28 million initiative to eliminate all rats, stoats, and possums from the country by 2050. 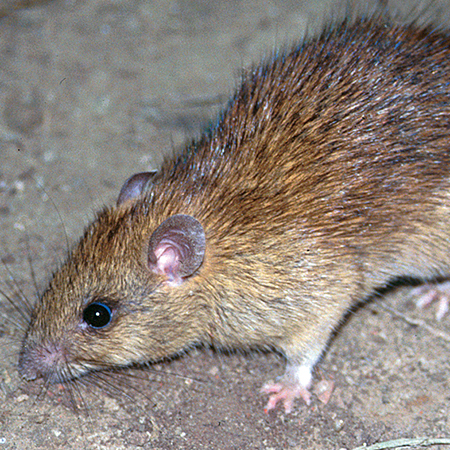 A black rat.
The invasive predators — which hitchhiked or were purposely brought to the islands in the 18th and 19th centuries — cost New Zealand’s economy an estimated $13.3 billion a year by destroying habitat, spreading disease, and killing vulnerable, native species. Invasive predators kill around 25 million native New Zealand birds every year, such as the kiwi and the kakapo, a flightless parrot with a population of just 126 in 2014, according to National Geographic. The initiative aims to remove rats, possums, and stoats — a member of the weasel family — from 2.5 million acres of land by 2025, and then eradicate the remaining populations using traps or poisoned bait by 2050. If total extermination isn’t possible, the organizers hope the three species can at least be eliminated on the country’s offshore island nature reserves.