In the mid-1990s I visited a magnificent tract of lowland rainforest in Malaysian Borneo. Some of my fondest memories are from that forest: hiking under the towering trees, wading in the crystal-clear streams, and delighting in its spectacular wildlife, including hornbills and endangered orangutans. But a few months after my visit, those trees were torn down, and the forest was obliterated. Today that area is an oil palm plantation.

The destruction of that forest set me on an odyssey that led to the creation of Mongabay.com, which has become a popular and influential website that closely tracks trends in the world’s tropical forests. For a decade-and-a-half, I have devoted tens of thousands of hours to the cause of protecting forests, engaging with the world’s leading forest experts and visiting scores of forests around the world. During that time, I’ve continued to witness incredible destruction, and there has been reason for despair. But lately — for the first time, really — I’ve started seeing cause for optimism about future of forests. 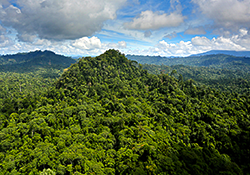 Believe me, I’m no Pollyanna (our website has been called “the single most depressing site on the Internet”). My new view isn’t blind optimism — it’s informed optimism, because there are emerging trends that should give us hope that forests can be preserved.

To be sure, tropical forest loss has remained at stubbornly high levels since the 1990s, declining from an annual average of 11.3 million hectares during that decade to roughly 9.3 million hectares per year between 2009 and 2012. Consistently ranking at the top of the deforestation list were the usual suspects: Brazil and Indonesia, both of which have extensive forest cover and surging agribusiness sectors.

Yet hidden amid these high rates of deforestation is a trend that holds important — and promising — implications. Today, forests are more often cleared to produce commodities for consumption in urban markets and for trade, rather than for subsistence by poor slash-and-burn farmers. In other words, the tropics are shifting from poverty-driven to profit-driven deforestation.

This trend is significant because there are now relatively few entities doing the greatest share of damage to forests. Two generations ago, combating deforestation meant devising ways for burgeoning rural populations to feed themselves without chopping down forests for agriculture. Today, more often than not, it means persuading companies and governments to adopt safeguards that limit environmental damage but ultimately enable the continued growing of crops. In some cases these measures can yield dividends that go beyond the public relations benefits of green marketing and corporate social responsibility — they can produce real business gains resulting from improved management of supply chains and greater operational efficiency.

Dozens of big buyers and sellers of commodities are committed to excluding deforestation from supply chains.

Most companies, however, don’t move on their own — they are pushed, often by consumer-focused campaigns led by environmental groups, which have been leveraging international corporations’ sensitivity to criticism. The results since 2006 have been nothing short of astounding: Dozens of the world’s largest buyers and sellers of soy, palm oil, cattle, and wood pulp have established policies committing them to excluding deforestation — and ending conflict with local communities — from their supply chains. The biggest coup came last month when Cargill, which sells $135 billion worth of commodities a year, committed to zero deforestation across all its supply chains.

And while there is always a danger of backsliding or cheating on these commitments, there are more tools than ever before to monitor and verify compliance.

Most critically, satellite imagery is widely available and is now increasingly incorporated into monitoring systems. For example, the Brazilian government and the Roundtable on Sustainable Palm Oil, an eco-certification body, are now requiring participants to provide data detailing the geographic coordinates of their landholdings. This information can be used to determine compliance with environmental regulations and standards.

Satellite data is also integrated into new platforms. The best example is Global Forest Watch, a project led by the World Resources Institute that takes data from a range of sources and puts it on a map, providing unprecedented insight into the state of the world’s forests, including tree cover gain and loss, activity in forestry concession areas, and fire history. The integration of bi-monthly MODIS data provided by NASA enables Global Forest Watch to serve as a near-real-time deforestation detection system, similar to one implemented by Brazil about the time its deforestation rate began to plunge a decade ago. A study published last year by the Climate Policy Initiative attributed three-fifths of that decline to Brazil’s monitoring system. Now that monitoring functionality is global.

Closer to the ground, other monitoring capabilities are also improving. Many observers believe the world is on the verge of a drone revolution, with conservationists hoping that monitoring by small aerial drones will greatly improve the detection of deforestation, illegal logging, fire, and poaching that would otherwise be missed by satellites. Advocates say drones could complement on-the-ground efforts by spotlighting places that need follow-up by authorities, which is the approach being used in a pilot project in Nepal’s Chitwan National Park.

On the ground, camera traps, sensors, and mobile devices are enabling new approaches to monitoring.

On the ground, camera traps, sensors, and ubiquitous mobile devices are enabling new approaches to monitoring. For example, Rainforest Connection, a California-based startup, has developed a mobile phone-based system that “listens” for gunshots, chainsaws, and trucks. When a suspicious sound is detected, the system relays an alert to local authorities, enabling quick action. In addition, new innovations in DNA analysis are allowing investigators to trace timber products back to their points of origin, potentially determining their legality.

These new technologies provide important tools for law enforcement, but whether action is taken hinges on political will. In the past, this has been far from assured, but that too may be changing.

Last month more than two dozen countries endorsed the New York Declaration on Forests, pledging to halve deforestation by 2020 and end it by 2030. While critics note that high-level pledges don’t mean a whole lot, some countries are actually taking concrete steps to address deforestation, with Brazil leading the way. Since 2004 the nation with the world’s most tropical forest has reduced annual deforestation in its Amazon region by nearly 80 percent. At the same time, agricultural output has increased sharply, putting to rest the assumption that deforestation and economic growth necessarily move in tandem. Establishing new protected areas, enforcing environmental laws, and private sector measures all played a part in the gains in Brazil. 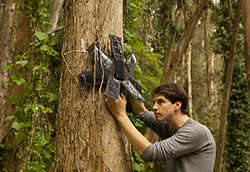 There are even signs of progress in Indonesia, an environmental pariah for the better part of two decades due to large-scale forest destruction. In 2011, then-president Susilo Bambang Yudhoyono established a moratorium on new logging and plantation permits across more than 14 million hectares of previously unprotected peatlands and forests — a move that was accompanied by a push to reform the bureaucracies that manage the country’s forests. Those efforts were fiercely resisted by entrenched interests in the forestry sector, which have historically fought for policies that enable industrial logging and forest conversion, often at the expense of local communities. But that paradigm might be changing. Last month, several palm oil companies with substantial operations in Indonesia — Golden Agri-Resources, Cargill, and Wilmar — signed the KADIN Pledge calling upon the Indonesian government to adopt policies that support forest conservation. Asia Pulp & Paper, a major Indonesian forestry company, has done the same, raising the prospect that the Indonesian private sector could be on the verge of a monumental shift toward demanding pro-conservation policies from the government.

Consuming countries are also joining in the battle. Partly to protect their own domestic timber producers, the United States, Australia, and the European Union have adopted strict laws barring imports of illegally sourced timber products. The laws carry tough penalties for violators, making companies accountable for their supply chains. Meanwhile, Singapore has passed a law that aims to impose fines on companies deemed responsible for causing haze by burning forests in neighboring Indonesia.

Some small countries are even further ahead. Costa Rica pioneered the development of payments for ecosystem services in the 1990s and is widely viewed as a leader when it comes to developing business models designed to keep forests intact. In so doing, it has moved to a more lucrative service-based economy. In Mexico, the government has turned vast areas of forest over to community control, protecting forests in areas that previously suffered from high rates of loss.

On the local level, there is a growing recognition of the role that communities can play in maintaining forest cover.

On the local level, there is growing recognition of the role that communities play in maintaining forest cover. Research published earlier this yearby World Resources Institute and the Rights and Resources Initiative concluded that community-managed forests experienced an average deforestation rate that is 11 times lower than areas outside their borders. Legally recognized, community-managed forest amounts to 513 million hectares, or one-eighth of the world’s forests.

Some indigenous groups, including the Paiter SuruÃ­ in the Amazon, are looking at new business models that would allow them to earn livelihoods while doing what they have always done — preserve forests — by the local communities taking over management of conservation areas or payments from governments or companies for ecosystem services.

The emerging concept of payments for ecosystem services is another promising development for the world’s forests. While a market for forest-protected carbon under the UN Reducing Emissions from Deforestation and Forest Degradation in Developing Countries (REDD) mechanism has been slow to materialize, the initiative indicates that the world is starting to pay attention to the benefits afforded by healthy ecosystems. These benefits aren’t limited to carbon — forests provide water, help mitigate erosion, house biodiversity, and much more. Old-growth forests in particular are getting more attention, with growing pressure from advocates to exclude them from exploitation and protect them under environmental certification initiatives like the Forest Stewardship Council.

But while there is much to be optimistic about, plenty of risks lie on the horizon. Continued population growth and surging consumption will stretch the planet’s resources, increasing pressure on forests and other ecosystems. There’s also a real danger that consumers won’t continue to care about the environmental credentials of products, especially as global consumption shifts from West to East. And a failure by the world community to address climate change could leave forests severely degraded or worse off, whether or not they are protected — already scientists have detected large-scale die-offs from droughts in parts of the Amazon, a scary preview of what could lie ahead.

Companies with bad environmental records are increasingly turning to a little-known nonprofit called TFT to make sure they meet commitments to improve their practices. It remains to be seen if this is just a PR move or a turning point for corporate conduct.READ MORE

Yet I am hopeful. A recent trip to Indonesia illustrates why. In May I went to Sumatra to check out Global Forest Watch’s monitoring system in the field. Of interest was an area of forest within the Leuser Ecosystem, the only place on Earth where orangutans, rhinos, tigers, and elephants live in the same habitat. Global Forest Watch maps showed pink spots within this remarkable protected area, suggesting deforestation had occurred in the prior few months. I was joined by a local NGO, and we used Google Maps on a mobile phone to get us within a few miles of the area.

The maps led us to a new road, at the end of which was an expanse of rainforest that had just been cleared illegally for an oil palm plantation. The local NGO has since referred the case to authorities and is now investigating how this newly developed plantation links to the broader global supply chain.

Thanks to recent zero-deforestation commitments, the market for palm oil produced in this manner is rapidly shrinking. And this same approach can now be applied by virtually anyone to any forest on the planet — a critical new tool for conservation.