Michael Gillenwater is so tired he is mixing up his words, worn out from weeks of conference calls with the United Nations, the German government, and more. “I’m exhausted,” he says. In the wake of the Paris climate agreement last December, everyone wants advice from the Greenhouse Gas Management Institute — Gillenwater’s non-profit organization based in Washington, D.C. — on how to step up the developing world’s capacity for counting carbon. 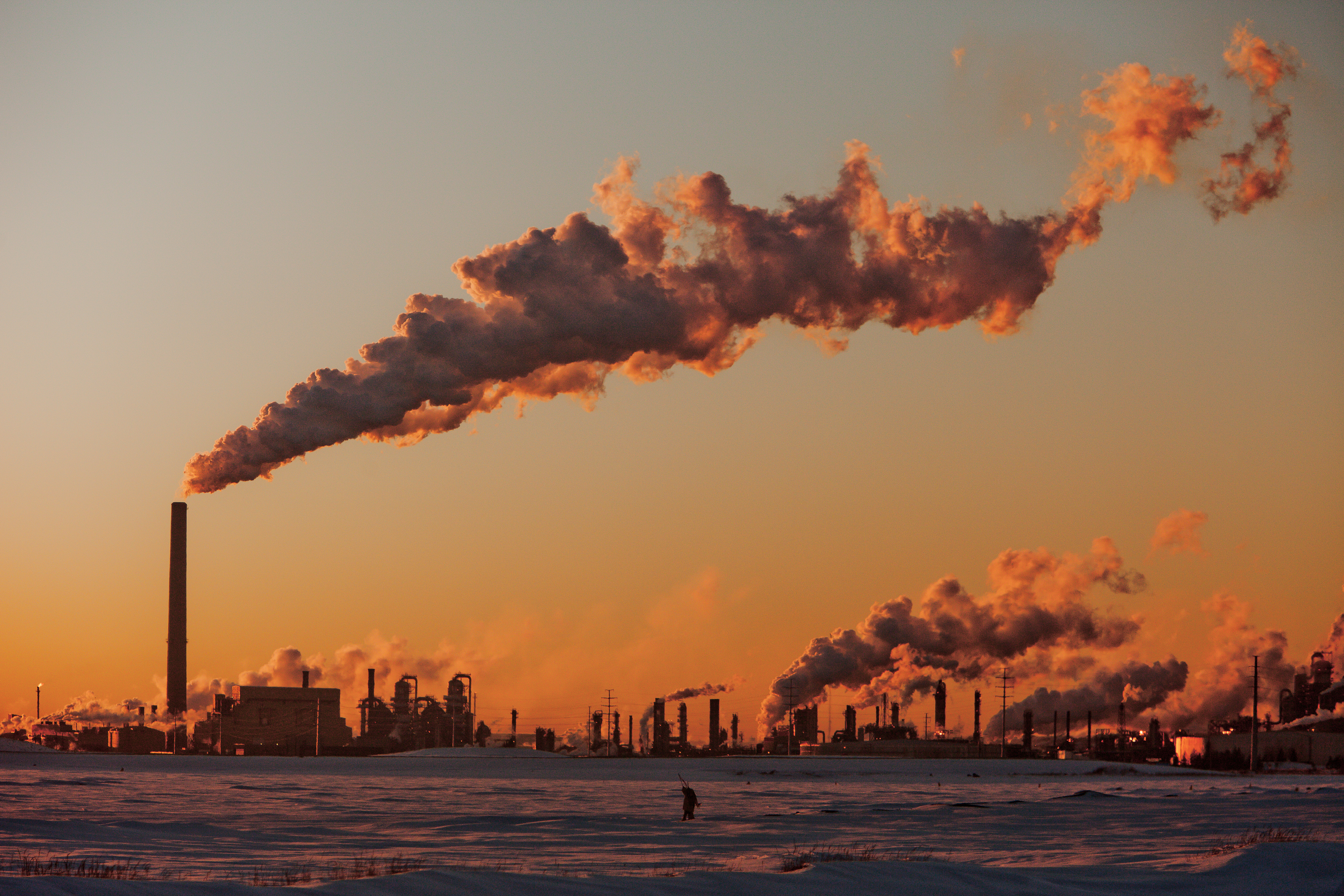 The institute offers online courses in greenhouse gas monitoring to practitioners around the globe, and since the Paris agreement was reached, business has been brisk. “We’re excited,” he says. “There’s a window here to make something permanent happen.”

The work of these new, green accountants may not sound very sexy — calling them “accountants” conjures up the old image of bespectacled bean counters pushing oversized calculator buttons with the back of a pencil. But this new breed of accountant is, in essence, the overseer of the planet’s new rescue mission. They are responsible for tracking not income and expenses, but factory emissions and carbon-offset credits. They are now doing everything from calculating the environmental footprint of international companies like Wal-Mart, to monitoring the carbon stored in the Amazon rainforest, to checking that China’s power plants are really emitting what the government says they are.

The Paris agreement mandates that every nation make a commitment for its ‘nationally determined contributions’ of greenhouse gases. These have a startling array of baselines and target types. According to documents submitted before the conference, the oil-rich United Arab Emirates promises to bump up its clean energy contributions a hundredfold by 2021; South Sudan aims to plant 20 million trees; the tiny Cook Islands in the Pacific Ocean aim for an impressive 81 percent reduction in emissions by 2030. Mozambique has made its promise in tons of carbon rather than as a percentage of emissions; Malaysia’s target is given in terms of greenhouse gas intensity. Practically the only thing these promises have in common is a need — often a brand new need — to be able to monitor, report, and verify emissions.

“It’s really a transformation. It’s huge,” says Gillenwater. “Before it was basically the rich countries doing the reporting; the developing countries were doing very summary, little reports every five or six years. Now, all countries need to be reporting full data using the most up-to-date technical analyses.”

This is a big ask. But the Greenhouse Gas Management Institute (GHGMI) and others are stepping up to the challenge.

The job of assessing a country’s emissions is heinously complicated. “It’s not like the mindless carbon calculators that people have on their iPhones to calculate their carbon footprint,” says Gillenwater.

“It’s not like the mindless carbon calculators that people have on their iPhones.”

On the most basic level, it is simply a matter of knowing how much fossil fuel is being burned by power plants and cars, and how much land is being used for forestry, crops, and livestock. But the devil, of course, is in the details. In the United States, a team of federal workers, mostly within the Environmental Protection Agency, works the equivalent of a handful of full-time jobs to take stock of greenhouse gas sources and sinks, says Gillenwater. The draft U.S. inventory for 1990-2014, released this February, is 546 pages long and includes more than 50 source categories from cement production to landfills.

The Intergovernmental Panel on Climate Change (IPCC) wrote the bible for totting up national emissions But, like the Bible, it is long, there is plenty of room for interpretation, and a need to parse finer details.

The IPCC guidelines form a kind of “five-volume, hundreds-and-hundreds-and-hundreds of pages cookbook” for accountants to pick and choose methodologies and equations relevant to their country, says Gillenwater. For instance, should a nation’s accountants estimate greenhouse gas emissions from transport based on how much fuel is burned, or based on how far the cars are driving? And is the type of catalytic converters being used important to the result? (Answer: It depends.)

The IPCC also specifies such things as where emissions should count; if you dig up oil in Canada, for example, the emissions from the digging count for Canada, but the burning of the oil counts for whichever nation imported it. The guidelines also offer default values for such things as how much biomass is stored in the landscape of a given ecosystem, from tropical moist deciduous forest to boreal tundra woodlands.

There are countless different equations and methodologies for crunching the numbers. Just within forestry, for example, there are ways of accounting for the effects of flooding, drainage, timber exports, and forest fires.

Much of the data needed for such accounting is supported by national statistics. Most countries keep track of their coal mining and wheat production, for example, for economic reasons, and that can be plugged in to some emissions calculations. But other things are more difficult to sort out. There may be no existing records of the production of fluorinated gases from the semiconductor industry, for example, as many of the chemical cocktails used by that industry are proprietary. “You really have to get on the phone, company by company,” says Gillenwater.

The GHGMI offers correspondence diplomas in emissions monitoring, each involving about 200 hours of online coursework, along with a special ‘Paris Agreement Training Package’. Since its founding in 2007, the institute has had about 3,000 people from around the world take its courses; about 60 people are currently signed up for full diplomas.

The center was born from Gillenwater’s work with the United Nations, where he trained an elite group of about 100 inspectors who audited national emissions numbers for the 1992 Kyoto Protocol. Gillenwater saw a need for lower-level practitioners — such as corporate consultants and carbon-offset market dealers — to gain the same expertise. Now there is a focus on international government workers who need to get their countries up to speed.

The GHGMI’s alumni already span about 150 nations. Among them are people like Adama Moute, who helps to count biomass for Cameroon’s Ministry of Forests. “Cameroon does not have a system in place for accounting its national emissions,” Moute says, although it does have concrete plans for improving monitoring. Moute was one of 30 students at a GHGMI five-day intensive course at the National Forestry School in Mbalmayo, Cameroon last September. “I learned so many things but the most important was the practice exercises,” he says, for data collection and analysis.

“You wouldn’t expect countries in this part of the world to have these things in their old data collection.”

Other programs are operating in concert. The U.S. Agency for International Development (USAID), for example, has contracted the Virginia-based company ICF International to train Asian governments how to sustainably reduce emissions. Joshua Forgotson, senior technical officer for that program based out of Bangkok, says half a dozen countries have been sending representatives to training sessions for the past five years, including in-person classes based on GHGMI coursework. Now, he says, the Paris agreement has given many of these Asian countries the incentive they need to really invest in emissions tracking. “Lack of data is a serious issue. Population stats, fuel consumption, crops statistics — you wouldn’t expect countries in this part of the world to have had these things in their old data collection,” says Forgotson. It’s a new requirement. Paris has changed things.”

Even the United States and Europe, where emissions reporting has been established for decades, there are still things like methane leaks from the fracking industry that people don’t have a good handle on. “People argue about ten times of magnitude over that,” Gillenwater says. Philip Fearnside, an ecologist at the National Institute for Research in the Amazon (INPA) in Manaus, Amazonas, Brazil — one of the countries that has done a lot to calculate its biomass and the emissions saved through prevented deforestation — argues that the IPCC guidelines don’t properly account for methane emissions from tropical hydropower dams. Research still needs to fill in the holes so the accountants know what numbers to use in their bookkeeping.

Jerry Seager, chief program officer for Verified Carbon Standard, a registry for carbon credits, notes that things can get complicated. If you have a lot of cook stoves and diesel trucks, for example, the greenhouse effect of the emitted black carbon can be hard to quantify. “You don’t know if it’s going to fall on a glacier, for example,” he says. And in agriculture, emissions from fertilizers can depend heavily on how waterlogged the soils are.

But in general, Seager adds, these are small details compared to the big picture. The challenge, he says, is not to boost the precision and accuracy of national inventories to this level of fine detail, but rather to make sure that a reasonable accounting can be done “efficiently and cost effectively.”

Groups including the United Nations are now trying to organize funding schemes to provide money and guidance to developing nations to help them build up their emissions tracking capacity. That means not just training people, but also helping to make sure that the right people are speaking to each other. For example, government employees need to forge connections with universities where researchers are collecting relevant data, and all those involved need to be using compatible methodologies. Sometimes the sticking point is simply whether someone has enough time built into his or her job to do this kind of work. “You could train people with IPCC guidelines till you’re blue in the face and you won’t improve inventories,” says Forgotson. “You need people to be compensated for the work, to have it written into their job descriptions.”

What’s needed, says Seager, is a long-term commitment to helping the developing world with their accounting. “You have to get away from the model of consultant-flies-in, runs-workshop, consultant-flies-out,” he says. Hopefully, says Gillenwater, the Paris agreement will bring the training — and the accounting — up to a higher level.