Last summer, investigative journalist Curt Guyette found himself knocking on doors of families in Flint, Michigan, carrying not only a pen and notebook, but water-testing kits. Residents realized there was something wrong with their drinking water after the city’s state-appointed emergency manager had switched its source to the Flint River in the spring of 2014 to save money. Michigan officials insisted the water was safe. Guyette, the first investigative reporter in the nation hired by an American Civil Liberties Union (ACLU) chapter, broke the story on possible widespread contamination in early July. He then helped organize door-to-door testing for lead and filed Freedom of Information Act requests in search of the truth. 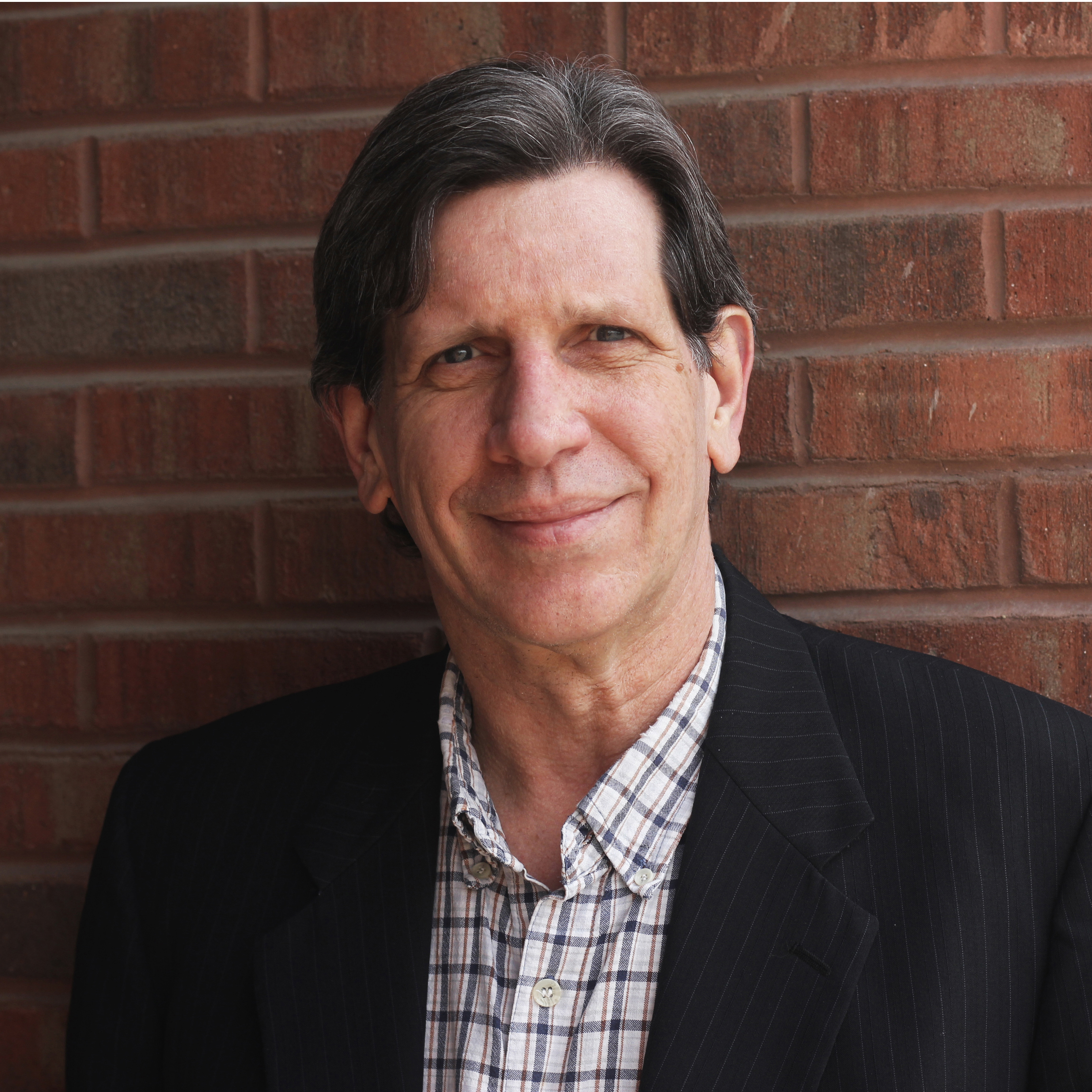 After the dangerously high levels of lead in water—and in Flint children—were exposed, the national media descended, and the public outcry led to the resignations of state and federal environmental officials. Gov. Rick Snyder, who was slow to respond to the catastrophe, is still being attacked for how he handled it and for what critics call his lack of compassion for a predominantly minority, poor community.

In an interview with Yale Environment 360, Guyette explains how he chased the story, his unique position as a Ford Foundation-funded journalist employed by ACLU Michigan, and whether this approach to journalism could be a model for rescuing local, in-depth reporting on complex environmental and public health issues.

Yale Environment 360: You were hired by ACLU Michigan in 2013 as an investigative reporter covering the emergency management law that put the state in charge of Flint’s government. How did water quality emerge as the urgent story to tell?

Curt Guyette: One of the emergency managers appointed by the governor to run Flint made the financially driven decision to switch from the Detroit regional system to the Flint River as the municipal water source. Immediately after the switch, people in Flint began complaining about the quality of their water, saying that it looked bad, smelled bad, tasted bad, and then they began developing physical reactions to it — their hair falling out in clumps, strange rashes that dermatologists couldn’t identify and couldn’t treat. Then they started learning about bacterial contamination, E.coli. Then, the city and state notified residents that the water for nine months had trihalomethanes, a carcinogenic byproduct of chlorine, which had occurred because they had upped the chlorine levels to deal with the E.coli. People were outraged. They already had been very upset over the quality of the water, but then to learn they were being exposed to high levels of this carcinogen and not told about it, they reacted with justifiable outrage.

e360: How did you get onto the larger story of the lead poisoning?

“Water samples showed lead levels two and half times what it takes to be classified as hazardous waste.”

Guyette: A filmmaker named Kate Levy and I did a short documentary about the water problems in the year after the changeover, and the connection to emergency management, really taking seriously the concerns being expressed by the residents. One of the people we interviewed said their child had been exposed to high levels of lead. Right around the time that we released the documentary, Miguel Del Toral, a water expert for Region 5 of the EPA, wrote an internal memo raising the very real possibility that there was widespread lead contamination in Flint and that the city and state were conducting tests in a way guaranteed to minimize the amount of lead being found.

e360: This document was leaked to you as a result of the documentary?

Guyette: Correct. Mr. Del Toral, a long-time EPA employee, was concerned that the information in his memo would get watered down and buried by bureaucracy. He gave a copy to this mom he had been working with, LeeAnne Walters, and because of the documentary, she shared it with us, believing that we would tell the truth about what was going on and take it seriously.

e360: What happened to Mr. Del Toral after your story came out?

Guyette: He was told absolutely not to talk to me, but he was also taken off the Flint case and transferred out of there. The MDEQ [Michigan Department of Environmental Quality] was told by the EPA that Mr. Del Toral had been “handled.” He was muzzled and was taken away as a very vital resource. 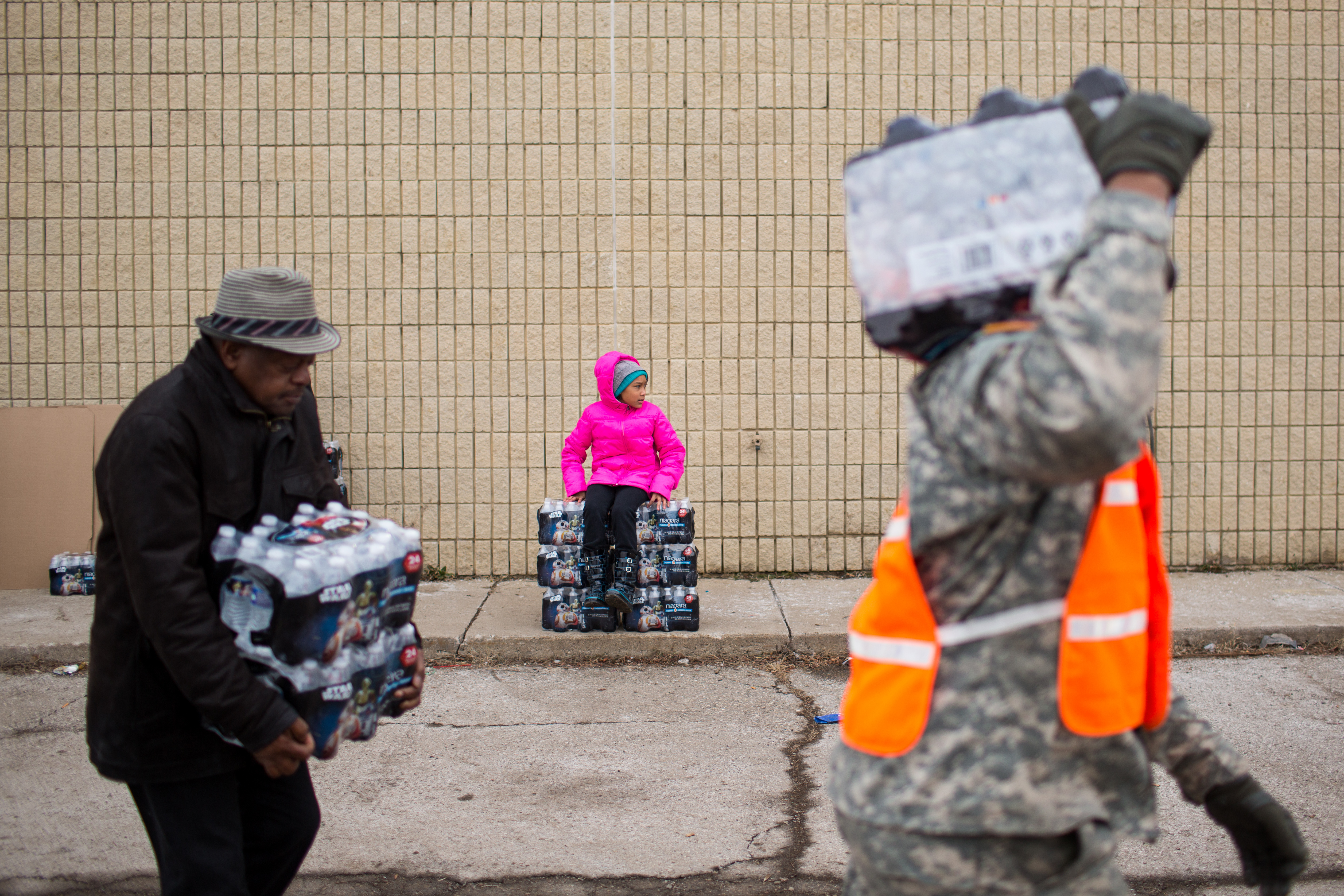 e360:At this point, you don’t have public scientists to provide information, so you reach out to the independent expert, Virginia Tech Engineering Professor Marc Edwards, to begin lead testing in Flint homes. What led you to Edwards?

Guyette: It was Del Toral who connected LeeAnne Walters with Edwards. They did extensive sampling of her home water. Water samples showed lead levels of 13,200 parts per billion, two and a half times what it takes for water to be classified as hazardous waste, and it was those test results that informed Del Toral’s memo. The connection with Edwards had been made when I was writing this story based on the memo. I talked a lot with Edwards, who was very, very patient in explaining to me the science of what was going on.

The memo and story got published. Brad Wurfel, director of communications for MDEQ, in an interview with Michigan Radio in response, said, “When it comes to the issue of lead in water, people of Flint should just relax. There is not a widespread problem with lead in Flint’s water.”

At that point, we had a he said/she said story with this one scientist within the EPA attempting to blow the whistle, and the state regulators adamantly denying that there was any problem. In order to get beyond the he said/she said, I began talking with Edwards and activists on the ground in Flint representing the Flint Coalition for Clean Water. All of us began working together on a plan to do independent, scientifically-rigorous testing of Flint’s water looking for lead.

I saw it as a team effort. There was a unique collaboration between citizen activists, science, and journalism.

“To this day, not one thing that I’ve printed has in any way been legitimately discredited.”

e360: The independent testing of samples from more than 275 homes found the water unsafe for drinking and cooking despite MDEQ’s assurances. Was that when the traditional news outlets and the public officials began to listen?

Guyette: No. The consistent reaction on the part of the state was to continue to deny that there was a problem. [The MDEQ’s] Wurfel wrote an email to a reporter at the Flint Journal saying about Edwards and his team that they pull rabbits out of their hat wherever they go. He said they came to town irresponsibly fanning political flames, and the people of Flint don’t need more of that.

Their approach was to deny there was a problem and attack the truth tellers. They attacked Del Toral, called him a rogue employee. They attacked Edwards, calling in question his ethics.

Guyette: Within their own emails they did.

e360: Was it a struggle for you to make the transition after spending nearly 20 years at the Detroit Metro Times, to become an investigative reporter for Michigan ACLU?

Guyette: No, not too much, because having come out of the alternative press, it was not a huge leap. It was my personal evolution and my professional evolution as a journalist. Even though we were out there collecting the samples, I didn’t think of that as being an activist role. 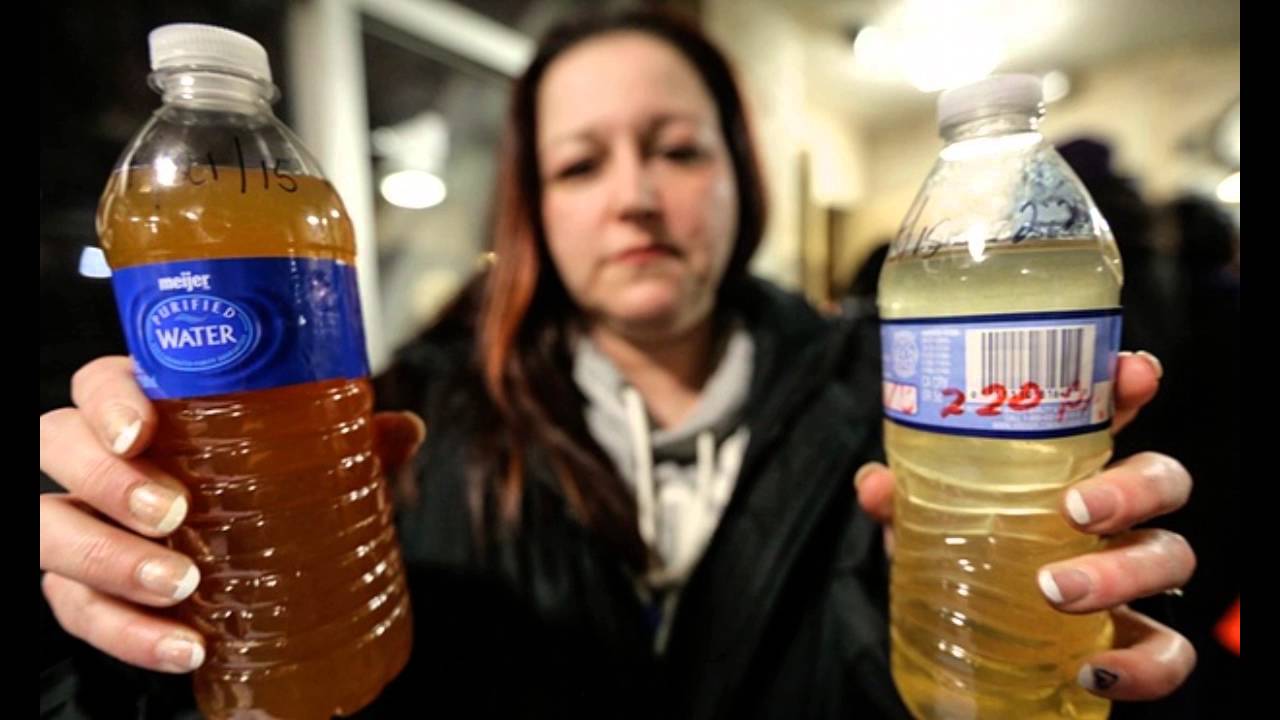 What I hope I’ve established is that what matters is the work itself, and whether it stands up to scrutiny or not. To this day, not one thing that I’ve printed has in any way been legitimately discredited. In fact, as the mainstream [press] came in, all they have done is substantiate and sometimes appropriate my work without giving credit, but that’s fine. Getting credit is much less important now. Getting the work out there in front of people is the most important thing at this point.

e360: And preventing the next lead poisoning of a child.

Guyette: This is a tragic story in that for 18 months, the people of Flint — but especially the children of Flint, pregnant moms in Flint — were being exposed to these elevated levels of lead, in some cases unbelievably high levels of lead, without knowing.

It’s such a powerful, harmful neurotoxin. It causes the IQ of children to be lowered, learning disabilities, behavioral disabilities.

A pediatrician from Hurley Medical Center in Flint saw our results and took it upon herself to do analysis of lead levels in children before the switch to the river and after. Her name is Dr. Mona Hanna-Attisha, another incredible person.

What her study found was that after the switch to the river, the percentage of children with elevated levels of lead in their blood doubled.

e360: As the Flint story reveals, water is often intensely local. But community-level journalism has contracted in the U.S. at a critical time for both [water] pollution and scarcity. Some excellent global non-profit platforms have emerged, like Circle of Blue, and regional models like Water Deeply, which covers California’s drought crisis. Is Flint a model for a local nonprofit platform?

Guyette: Yeah. I don’t know if you can recreate the model in Flint, given the character of people that came together. It was pretty extraordinary, because there are not many Marc Edwards in the world. Certainly not enough Miguel Del Torals or Hanna-Attishas willing to put themselves out there, put their reputations at risk to do the right thing and the brave thing.

That’s part of it, and certainly the role of journalism. Having the skill set to know how to file Freedom of Information Act [FOIA] requests, because a lot of the compelling aspects of this story came to light using FOIA. Also having the resources, because more and more government is jacking up the cost of FOIAs.

I thought a good idea for a nonprofit would be to have a FOIA expert and get grant money to help citizen groups know how to file FOIAs and pay to get the documents. I think that would be a very practical and useful non-profit model.

e360: Is the ACLU now considering hiring investigative reporters in other states?

Guyette: There was just a recent national ACLU conference, and a lot of questions and interest among people at the other branches to at least look into trying to replicate what we have done.

Getting reporters in different cities where there could be a lead problem to take Flint on the road — if I were to do something else with my life at this point, I would volunteer to head up a project like that. We know how to do it now. We know how to file FOIAs. We know how to engage residents. They can partner with local universities to do the sampling. I think it would be an incredible project.