Any time a writer mentions Rachel Carson’s 1962 book Silent Spring or the subsequent U.S. ban on DDT, the loonies come out of the woodwork. They blame Carson’s book for ending the use of DDT as a mosquito-killing pesticide. And because mosquitoes transmit malaria, that supposedly makes her culpable for just about every malaria death of the past half century. 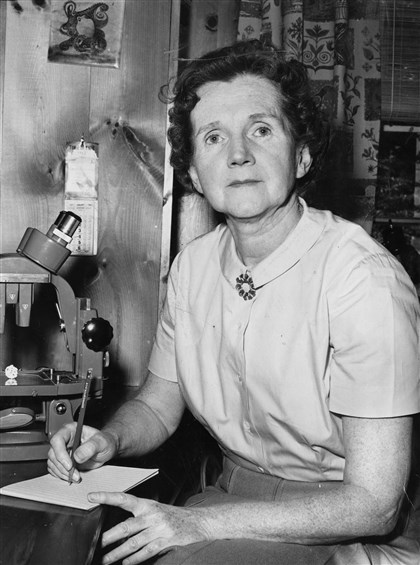 The Competitive Enterprise Institute, a libertarian think tank, devotes an entire website to the notion that “Rachel was wrong,” asserting that “millions of people around the world suffer the painful and often deadly effects of malaria because one person sounded a false alarm.” Likewise former U.S. Senator Tom Coburn has declared that “millions of people, particularly children under five, died because governments bought into Carson’s junk science claims about DDT.” The novelist Michael Crichton even had one of his fictional characters assert that “Banning DDT killed more people than Hitler.” He put the death toll at 50 million.

It’s worth considering the many errors in this argument both because malaria remains an epidemic problem in much of the developing world and also because groups like the Competitive Enterprise Institute, backed by corporate interests, have latched onto DDT as a case study for undermining all environmental regulation.

The first thing worth remembering is that it wasn’t Rachel Carson who banned DDT. It was the very Republican Nixon Administration, in 1972. Moreover, the ban applied only in the United States, and even there it made an exception for public health uses. The ban was intended to prevent the imminent extinction of ospreys, peregrine falcons, and bald eagles, our national bird, among other species; they were vulnerable because DDT caused a fatal thinning of eggshells, which collapsed under the weight of the parent incubating them. But the ban did nothing to stop the manufacture or export of DDT. William Ruckelshaus, administrator of the Environmental Protection Agency, explicitly declared that his agency would not (indeed could not) “presume to regulate the felt necessities of other countries.”

Government agencies and pesticide manufacturers destroyed the effectiveness of DDT by promoting its overuse.

So what actually happened with DDT? And why is malaria, which seemed to be en route to eradication in the 1950s, still killing 584,000 people a year? A team of public health researchers made a systematic review in 2012, in the Malaria Journal, of where and why resurgence of malaria has occurred in countries around the world. That study made no mention of Rachel Carson, focusing instead on the fickle nature of human commitment to public health.

In the 75 cases they examined, the researchers found that mosquito and malaria control programs failed 49 percent of the time for lack of funding. And the funding mostly stopped because of complacency and poor execution, or because of wars or disasters, or because of deliberate decisions to stop the program. In India, for instance, DDT helped reduce malaria incidence from 100 million cases to 100,000 cases by 1965. Then USAID handed off funding to the government of India, which failed to follow through adequately, causing malaria incidence to surge to six million cases in 1976. 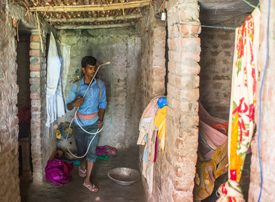 DDT is still used in many countries. Here, a worker sprays DDT at a home in Bihar, India. GETTY IMAGES

“In several cases,” the researchers found, “donors appear to have reallocated funding specifically because successful reductions in malaria burden had occurred.” It was the same kind of complacency that’s common today among misinformed American parents who refuse to vaccinate their kids — and then watch children die from underrated diseases like measles or whooping cough. Even the World Health Organization (WHO) got it wrong, deciding in the late 1950s to cut funding and reduce staff for its anti-malaria program in Swaziland because malaria no longer seemed like much of a problem. Epidemics soon followed.

People also lost trust in DDT for a much more fundamental reason, though, as journalist Aaron Swartz put it, it’s “not one conservatives are particularly fond of: evolution.” Mosquitoes can produce multiple generations over the course of a year. Any pesticide will wipe out the vulnerable ones — and the ones that happen to be resistant because of some quirk in their biology or behavior rapidly take their place and proliferate. Thus DDT was already becoming ineffective in the early 1950s, so much so that in 1960, two years before Carson’s book, The New York Times headlined an article “Malaria Battle in Doubt; Warning Voiced That Carrier of Disease Could Outwit World’s Scientific Skills.”

Babies in developing countries ingest accumulated DDT when they nurse at their mothers’ breasts.

If conservatives genuinely wanted to get at the reasons malaria eradication failed, they should be targeting the government agencies and pesticide manufacturers (among them Monsanto and Ciba, now part of BASF) who destroyed the effectiveness of DDT by promoting its massive overuse. Incredibly, the United States used 80 million pounds of DDT in 1959, much of it sprayed in a dense fog across forests and farm fields. All Rachel Carson did was to raise legitimate questions about the environmental and health dangers of this completely untested DDT abuse.

The war against malaria still goes on today, employing a rotation among a battery of different pesticides to hold off resistance. But all the current pesticides have problems of cost, effectiveness, or safety. Despite the assertion that Rachel Carson killed it off, DDT continues to be used in many countries, generally to spray on the interior walls of houses. (Even then, the protocol is to use DDT only after the mosquitoes have developed resistance to mosquito netting infused with pyrethroid pesticides, a more effective treatment.)

Despite the argument that Carson killed U.S. funding, our tax dollars still support this use of DDT through blanket grants that allow foreign nations to use any pesticide approved by the World Health Organization. But DDT is finally on the way out (a Chinese company is the only remaining manufacturer), and anti-malaria programs now live in the hope that an effective vaccine, a miracle drug, or new pesticides will consign the whole debate to history.

Carson foresaw the hazards at a time when no one gave much thought to the consequences of our miracle products.

One final point: Carson’s critics like to assert that she exaggerated or even lied about the human health hazards of DDT. They argue, as a Crichton character declared, that it was “so safe you could eat it.” You will not, however, find Carson’s critics actually eating DDT to make their case. That’s apparently for people in the developing world, who ingest it when it flakes off their walls or ceilings. Babies ingest the accumulated load of DDT when they nurse at their mothers’ breasts. And yet studies increasingly link exposure to DDT to high blood pressure, Alzheimer’s disease, reproductive disorders, and a variety of other conditions, even two or three generations after exposure.

This increasingly leaves anti-malaria workers in the awkward position of “putting DDT in the mouths of babies through the mother’s milk,” said Graham White, a British specialist in tropical diseases and pesticides. They continue to rely on DDT because it may be the only way to prevent children from dying now. But they do so in the knowledge that it may seriously compromise their lives forever after.

Rachel Carson foresaw these hazards more than 50 years ago, at a time when no one else gave much thought to the environmental consequences of our miracle products, said Clive Shiff, a lifelong specialist in malaria and other tropical diseases at the Johns Hopkins Bloomberg School of Public Health. No one then thought much about bioaccumulation of chemicals, and no one imagined the idea of multigenerational epigenetic effects. Moreover, Shiff noted, she spoke out though all the powers of government, business, and science were lined up against her. “Rachel Carson was legitimately heroic,” he added. “You can say that loudly.”

The bottom line, sadly, is that Rachel was right.