The rapidly melting Greenland ice sheet could unearth a secret, Cold War-era military base as early as next century, according to a new study in the journal Geophysical Research Letters. Camp Century was built in 1959 to 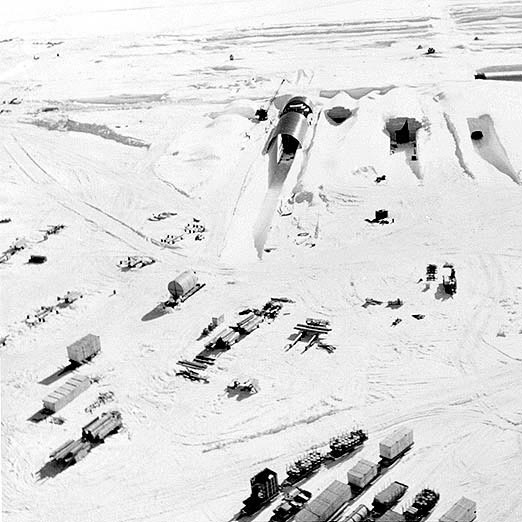 Entrance to Camp Century.
explore whether the U.S. could covertly deploy ballistic missiles from within the ice sheet, a mission known as Project Iceworm. By 1967, the military had abandoned the base with little clean up, expecting it would be naturally entombed as snow and ice continued to accumulate on the Greenland ice cap. But warming global temperatures mean that ice loss in this frigid area of northwestern Greenland could exceed gains from new snowfall within 75 years, the study found. The hidden base could be exposed just a few decades later, along with all of the “physical, chemical, biological, and radiological wastes abandoned at the site,” the authors wrote.