Interview: Where Will the Earth Head After Its ‘Climate Departure’?

The term “climate departure” has an odd ring, but its meaning is relatively straightforward. It marks the point at which the earth’s climate begins to cease resembling 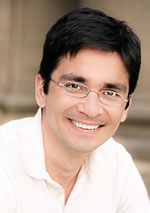 Camilo Mora
what has come before and moves into a new state where the extreme becomes the norm. Camilo Mora — a University of Hawaii biogeographer, ecologist, and specialist in marshaling big data for climate modeling — has calculated a rough idea for the time of the earth’s climate departure: 2047. That date varies depending on region, he says. But in a widely publicized paper published in the journal Nature last year, Mora and 13 colleagues explored the concept of climate departure and what it will mean for our planet. In an interview with Yale Environment 360, Mora explains why tropical regions will be most profoundly affected by climate change, why controlling population growth is at the core of the challenge posed by global warming, and the frustrations he and other scientists feel as their warnings about rising temperatures are ignored.
Read more.