Scientists have discovered a new way to successfully capture carbon dioxide and transform it into rock deep underground. The experiment, published in this week’s Science, 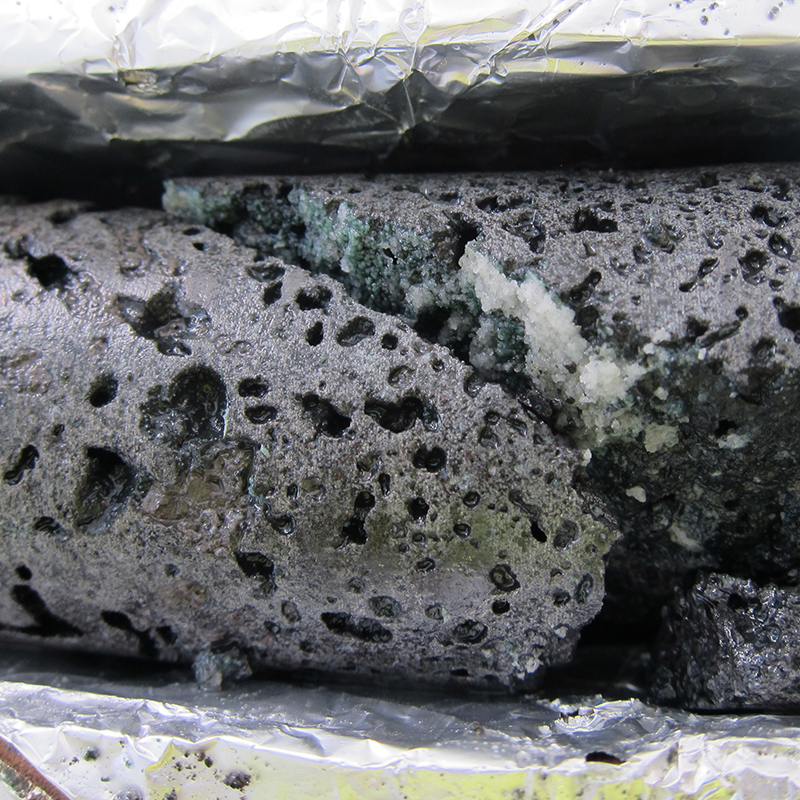 Section of rock made from mixing CO2 and water.
was conducted at the Hellisheidi power plant in Iceland, the world’s largest geothermal facility. When the plant — which helps power Iceland’s capital, Revkjavik — pumps up volcanically heated water to turbines, gases like carbon dioxide and hydrogen sulfide often come up as well. A team of U.S. and European researchers, led by Columbia University’s Lamont-Doherty Earth Observatory, captured the CO2, mixed it with the used volcanic water, and re-injected it into basalt rocks up to a half-mile underground. More than 95 percent of the mixture naturally solidified into carbonate minerals in less than two years. Previous estimates predicted that the process could take hundreds, if not thousands, of years.