In March 2002, grizzly bears were banned from Fremont County, Wyoming, which lies within shouting distance of Yellowstone National Park — grizzly habitat. The ban took the form of a unanimous resolution passed by the county commissioners, and it prohibited not only the introduction or reintroduction of grizzlies in the county but also their mere presence. It was a peculiarly muddy moment in animal law. The resolution made it seem as though grizzlies might somehow become aware of the ban and choose to obey or disobey it. It seemed to suggest that there was a regular traffic in grizzly bears. Like so much animal law, the resolution sounded as though it was meant to shape the behavior of grizzlies when, of course, it was really meant to shape the behavior of humans and their agencies — in this case, the federal government and its grizzly management policies.

The question is whether expanding animal rights would protect animals better than stricter animal protection laws.

Confusion often reigns when animals wander into the law. We commonly talk about animal rights as if “rights” actually belong to animals. (This is the way we almost always talk about rights — as a possession of the person or thing whose rights we mean to protect.) The law posits those rights on behalf of animals and tries to enforce them on behalf of animals. But what is really being enforced (to the extent that animal rights are enforced) is a limit, a restraint on human behavior.

The same is true of the growing effort to grant animals personhood in the eyes of the law, a legal strategy that is being advanced by some academics, lawyers, and members of the animal rights movement. Animal personhood is meant to fill an inherent vacuum in the workings of animal rights. Even if animals have rights, there is no legal personality — a version of the legal personality that you and I (and corporations) have — for those rights to adhere to. Imagine a dog-shaped population of fleas without the dog, and you get the idea. The animal personhood movement posits the existence of the dog, with standing in the law. 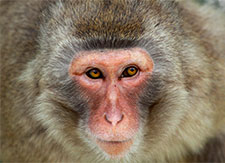 The legal designation of animal “personhood” would include primates, including this Japanese macaque. ALFONSOPAZPHOTO/WIKIMEDIA COMMONS

The point of bestowing legal personhood on animals is to protect them from humans — and, especially, from the cruelty of certain kinds of laboratory research. In other words, the animal personhood movement hopes to force humans to treat animals as legal persons and, as a result, to remedy the inadequacy of existing animal protections. In a paper presented at a Yale University conference last December called “Personhood Beyond the Human,” one panelist, Saskia Stucki from the University of Basel, wrote, “The case for nonhuman legal personhood has become increasingly pressing in light of the systematic failure of traditional animal welfare law to protect animals in any meaningful way.” The question is whether expanding animal rights — or instituting legal personhood for animals — would protect animals better than stricter animal protection laws that leave the legal status of animals unchanged.

The purpose of animal personhood is laudable, the goal honorable and truly humane. But the concept embodies a deep philosophical muddle. Witness this statement, from the same conference, noting “how our need, as humans, to proclaim that ‘I am not an animal!’ and to deny personhood to other animals affects our relationship with them at a fundamental level.” Let us never mind who the “we” is. There’s something troubling, almost unreal in that statement. It suggests that humans deny they are animals by denying that animals are persons. Really? Imagine the puzzling converse: animals denying they are persons by denying that humans are animals! Sooner or later, the language of animal personhood seems to go right through the looking glass. It becomes impossible, for instance, to talk about “animals.” They become “nonhuman animals” as a way of reminding us that humans too belong to the grand kingdom of Animalia.

How do we restrain humanity enough to allow the continuing existence of other species?

The push to create animal personhood within the law only goes so far. It happily includes primates, domestic and companion animals, elephants, dolphins, and the like. But it would enhance the legal status only of those animals that stand within the light of the human campfire, animals on whom it’s easy to project human qualities like “intelligence,” animals that have an obvious economic utility or that readily appear to be capable of suffering cruelty. It stops well short, to put it mildly, of insisting on something far more fundamental: that all species have an equal and equivalent right to their own existence.

Even to call this a “right” is to fall into a familiar legalistic and linguistic trap. We don’t have a word — much less a concept in law — to suggest that the existence of any species is its own sufficient justification, a justification that applies to every species, including us, whose justification is in no way superior to that of other species. In the Western tradition, God was the guarantor of the equivalence of all species. God was also, of course, the grantor to humans of dominion over all species.

The important question is this: How do we restrain humanity enough to allow the continuing coexistence of other species? I wish I believed that a fiction like the legal personhood of animals could really help do it. But I don’t. To ask humans to deny themselves for the benefit of any other species, especially those that lie outside our immediate awareness, seems to be asking what is nearly impossible. We’re blinded by our self-regard, or perhaps we’re just inherently blind. It’s profoundly difficult to feel our kinship with all other species, whether kinship is expressed as an overwhelming overlap of DNA or the shared occupancy of this earth or any other way you like. We have to imagine it, construct it in our minds, actively engage the thought. And even then, it remains a thought, and thought — compared with hunger and habit — is barely able to influence our actions.

To grant animals legal personhood is to welcome them into the courtroom — not exactly a revolutionary concept for a species that has also granted legal personhood to corporations. I like to imagine an animal fable that would explain our confusion. Even as some people try to extend personhood to neighboring animal species, we as a species seem to exist in exile from the animal kingdom, as if the grizzly bears of Wyoming had voted to ban human commissioners from Fremont County. But even that is to imagine in animals a behavior that is all too human. What we cannot conceive — it is too wounding — is the indifference of the rest of nature when it comes to us.