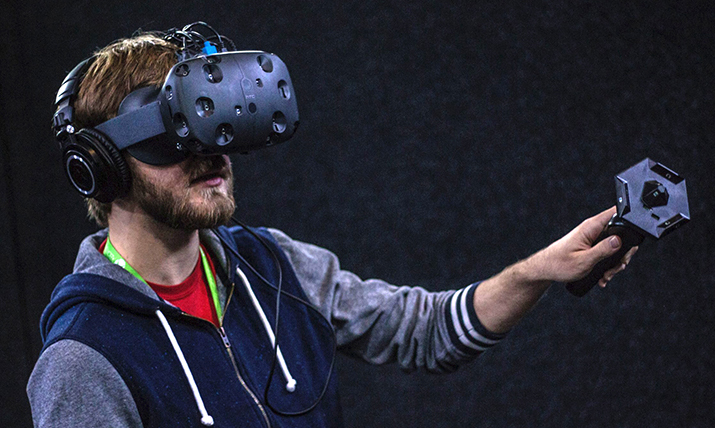 Could virtual reality (VR) — immersive digital experiences that mimic reality — save the environment?

Well, that may be a bit of a stretch. But researchers say that it could perhaps promote better understanding of nature and give people empathetic insight into environmental challenges.

“Virtual reality can give everyone, regardless of where they live, the kind of experience needed to generate the urgency required to prevent environmental calamity,” says Jeremy Bailenson, professor of communication at Stanford University.

Bailenson’s Virtual Human Interaction Lab (VHIL) this year released a short VR documentary and an interactive VR game that seek to explain the issue of ocean acidification, the process by which excess carbon dioxide in the atmosphere dissolves in the ocean, making it more acidic and less healthy for ocean life.

As Bailenson notes, “One of the greatest challenges to staving off irrevocable climate change isn’t simply getting buy-in from skeptical politicians — it’s getting people to visualize how driving a gas-guzzling car or living in an energy inefficient home is contributing to a problem that may only manifest itself completely in future decades.”

The lab’s documentary and game were presented at the Tribeca Film Festival in April.

Phenomena such as ocean acidification are difficult to illustrate because they happen in slow motion.

Video from the documentary has been adapted to be included in Google Expeditions, a VR educational program that’s still in beta, but has already been shown to one million school kids around the world and will soon be released to many more.

“Google Expeditions will be the means to reach the student for whom the textbook or the lecture isn’t working,” explains James Leonard, a program manager on the Google for Education team. “It’s a totally different medium. It’s powerful and super-engaging. It will bring students closer to places they otherwise wouldn’t be able to visit.”

So far, the Google/Stanford effort seems to be one of the few aimed specifically at environmental education. Predictably, a lot of early VR investment is going into entertainment applications: VR movies and games.

The nature documentary filmmaker David Attenborough has just produced a VR experience of a dive in the Great Barrier Reef. While meant to entertain, that project will no doubt educate as well. In more academic and policy settings, VR is beginning to be used mostly to create 3D representations of pollution or other human impacts on wild areas. 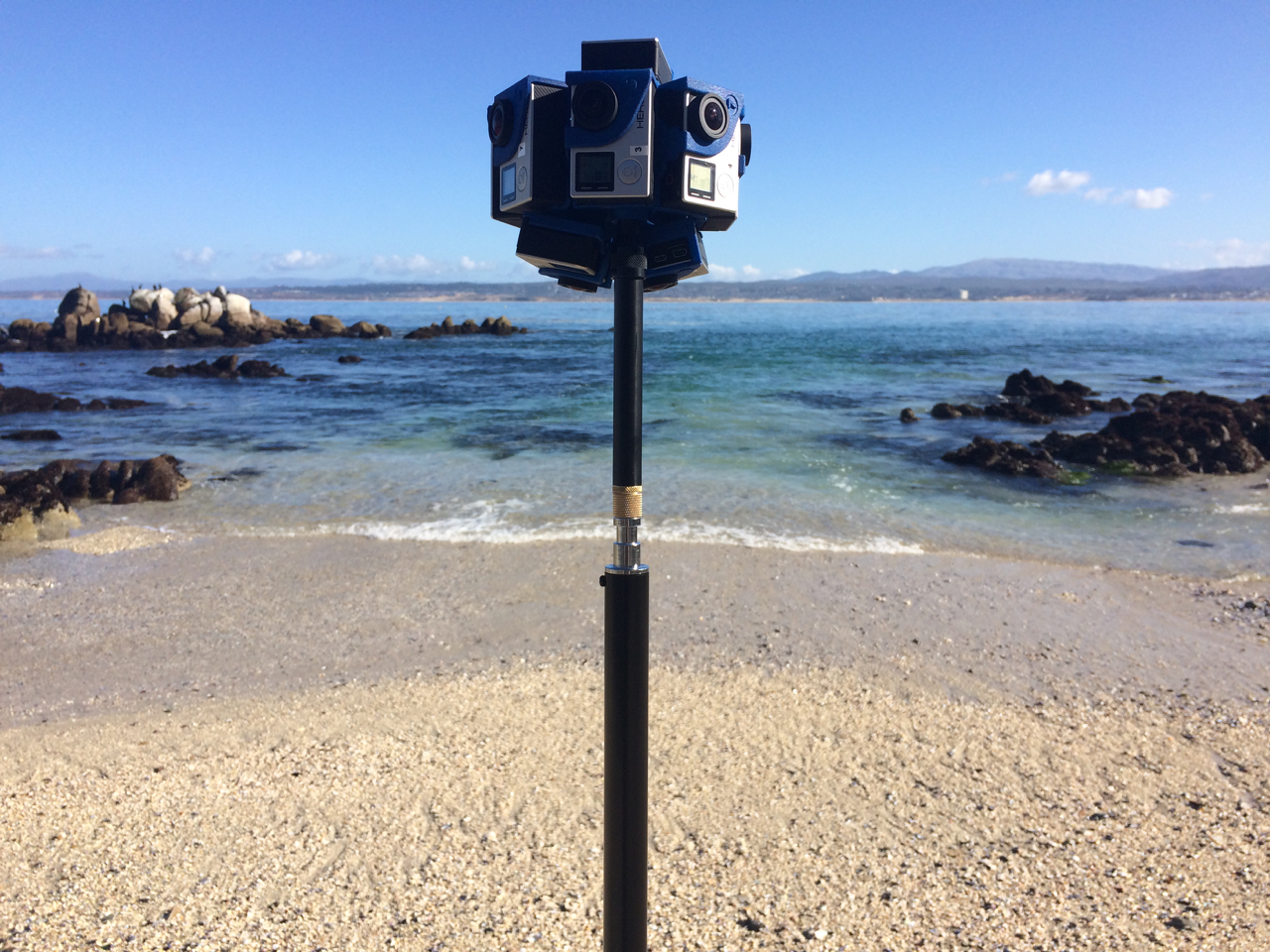 Many environmental issues are complex and difficult to explain fully. Phenomena like climate change, ocean acidification, extinction, and glacier erosion are especially challenging to illustrate, either because they’re happening in slow motion or because they’re evolving in remote places that few people see, or both.

Virtual reality solves many of these problems, Bailenson says. With the proper software, video feed and VR headset, just about anyone might be able to experience environmental change in the Amazon, the Arctic, or even under the ocean.

When I take my ocean acidification dive, I jump off from Palo Alto, California.

One minute, I’m in a high tech virtual reality (VR) lab at Stanford University, standing on a “haptic” floor of aeronautic aluminum that can move and vibrate to simulate the feeling of movement, encircled by speakers that can immerse me in sound, and by cameras that can track my every move, where I look, how and where I turn my body.

The next minute, I put on the VR headset and suddenly I’m in Italy, near the northern end of the Gulf of Naples, on a jetty that extends from a volcanic island called Ischia. To say it looks and feels idyllic would be an understatement: The sun glints off the waves and bright primary color boats bob in the harbor. On the island, pastel stucco houses stair-step up toward a gray, crenelated castle. Above water, everything seems lovely.

Then I’m underwater. The sea around Ischia, it turns out, provides a perfect place to show people the contrast between a healthy ocean and an acidified one: In one part of the harbor, colorful schools of fish rush past me. Sea grasses undulate. Eel squiggle by brilliant coral reefs. Along the bottom potter various species of sea snail.

Next, I turn to the part of the harbor where volcanic vents have created an acidified environment: The corals, the eel, and many of the fish have disappeared. Everything looks red-brown and murky as certain types of algae have taken over.

In my headset, Prof. Fio Micheli of Stanford’s Hopkins Marine Station in Monterey says, “One of the most difficult parts of my research is getting people to care about ocean acidification.”

Full disclosure here: I knew all about ocean acidification before the VR tour; I’ve written about it for various magazines. But as I took off my VR headset, I felt upset and deeply sad. If a picture is worth a thousand words, then an experience — even a digital one — seems to be worth many more. As music video director and VR entrepreneur Chris Milk has put it, VR is an “empathy machine.”

“The virtual reality platform allows someone who has never even been in the ocean to experience what ocean acidification can do to marine life. We are visual creatures, and visual examples can be very striking,” explains Kristy Kroeker, an assistant professor of ecology and evolutionary biology at the University of California, Santa Cruz and a consultant on the VR project.

There was a lot of hype about VR in the 1990s, followed by technical challenges, missteps, and public disappointment. This time, the technology seems poised to become a mass experience. Costs have come way down and computing power is improving all the time.

Google cardboard headsets and the Samsung Gear VR dipped a toe into this new universe last year, but experts generally said they were not quite ready for prime time.

If people have a VR experience of cutting down an old-growth redwood, they are more likely to conserve paper.

However, in late March, Facebook released the Oculus Rift headset, an immersive VR setup intended for mass market use, priced at $599, about $1,500 with a bundled computer. The first 30 Rift games have gone on sale, with another 100 to follow by the end of the year.

Competitors such as HTC Vive, Sony PlayStation VR, and the Microsoft HoloLens are on the way. There are reports that both Google and Apple have projects targeting this new market.

Meanwhile, the ocean VR experiences produced by VHIL are building on a decade of social science research that shows people who have a VR experience are more likely to change behavior in ways that benefit the planet. 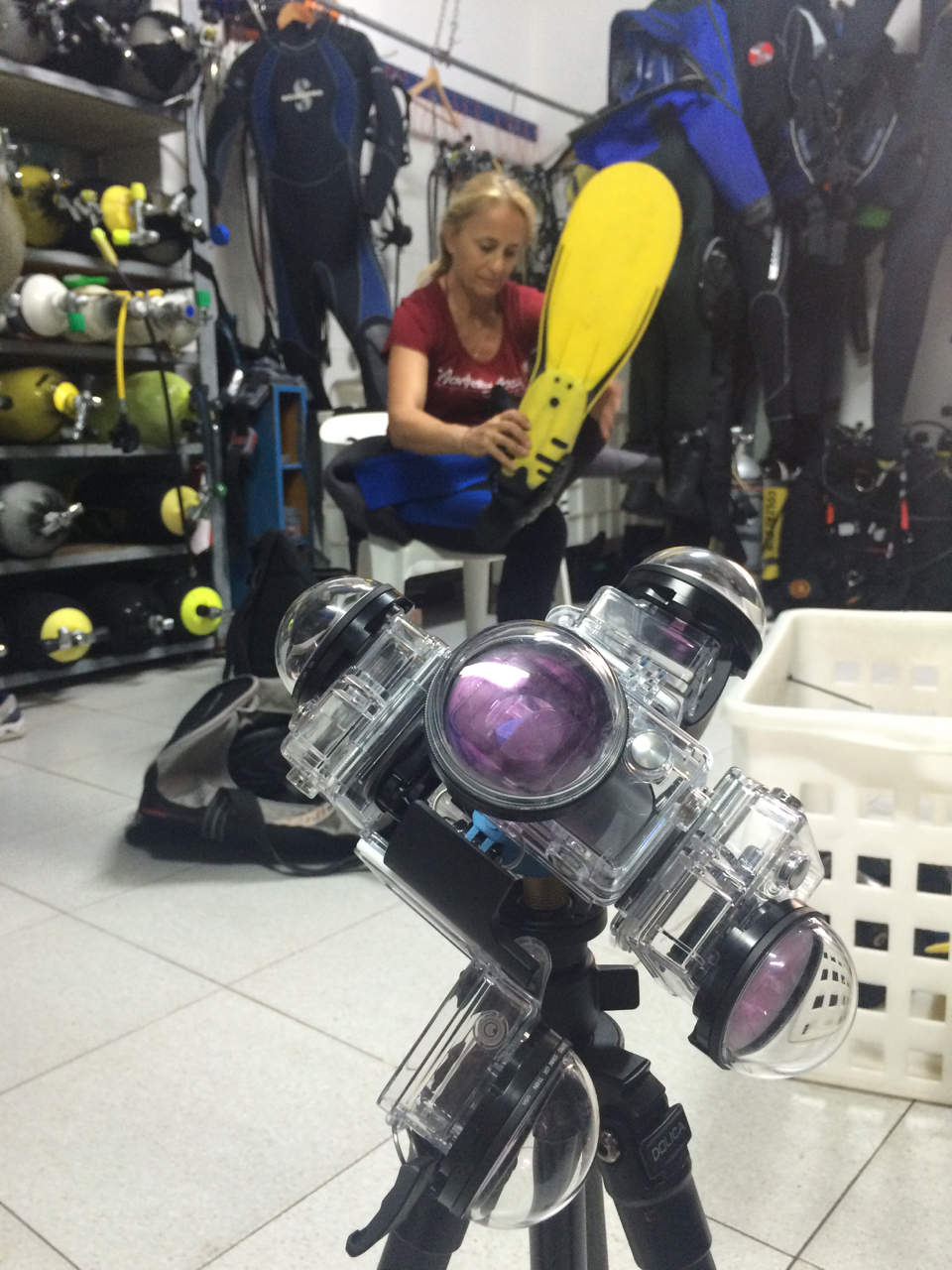 VHIL is developing a fish avatar project, which will take movement data from electronically tagged fish in the kelp forests of Monterey Bay and transfer it into a virtual reality where people will be able to join the fish in their underwater world. The project’s goal is to enable individuals to “adopt a fish,” thus becoming more invested in the bay’s future.

Currently, VHIL is working on how to distribute the latest ocean acidification experiences. Obviously, Google Expeditions provides one outlet. But having secured project funding from the Gordon and Betty Moore Foundation, the Stanford team now hopes to get as many views as possible for the documentary and the game as well. They’re also designing studies to measure the effect of the content.

Cody Karutz, the Stanford team’s hardware manager, acknowledges that there’s still quite a bit of work to be done fine-tuning these experiences. For instance, you start the game on a boat in the Ischia harbor, but I found myself getting distracted by wanting to turn the ship’s wheel, which isn’t yet possible.

When I was “swimming” around trying to collect samples in the game, my brain balked at conflict between the visual information — swimming horizontally — and the physical information — standing vertically in a lab.

Marine conservationist Charles Saylan believes the U.S. educational system is failing to create responsible citizens who consider themselves stewards of the environment. To do that, he says in a Yale Environment 360 interview, educators need to go beyond rhetoric and make environmental values a central part of a public education. READ MORE

Also, as I was swimming and bent to collect samples in the game, I had this weird feeling that half my body was above the sea floor, the other half below it.

“Typical live camera arrays still capture two-dimensional information. The challenge is combining those with an additional sense of depth and integrating them over frames of time to create interactive graphics,” Karutz explains. “Computing power and data storage are the limitations right now, and that will sure change over the next few years.”

Lots of people experience stimulation overload when experiencing both VR and a voice-over with content. The team is experimenting to find the best way to explain content without making people nauseated. There’s a fridge in the lab stocked with ginger ale for those who get woozy. I partook.