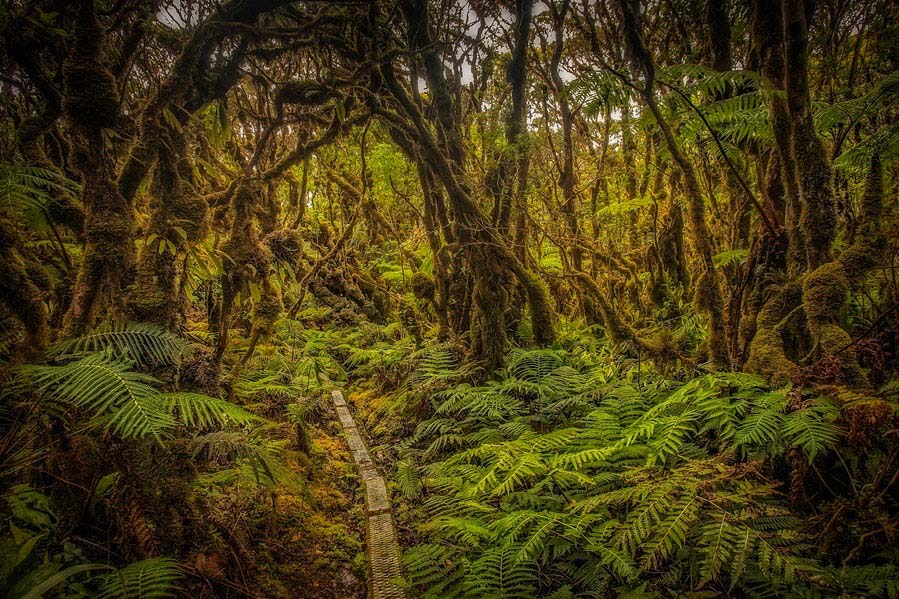 An ‘ohi‘a forest in the Kamakou Preserve on the Hawaiian island of Moloka’i. RIKKI COOKE/THE NATURE CONSERVANCY

Hawaii’s isolation, 2,390 miles from the North American mainland, has given the island chain a unique array of species found nowhere else, including the ‘ōhi’a lehua, an evergreen in the myrtle family with delicate pom-pom-shaped flowers composed of clusters of showy stamens in a range of hues from red and orange to pale yellow. In 2010, homeowners on the Big Island of Hawaii began reporting that ‘ōhi’a in their upland rainforest were dying without apparent cause. Researchers named the mysterious condition “Rapid ‘Ōhi’a Death” (ROD).

On Google Earth, you can see the telltale brown streaks in the Puna forest reserve, Hawaii’s largest remaining upland rainforest located on the slope of Kilauea volcano, where many ‘Ōhi’a lehua (Metrosideros polymorpha) trees have already succumbed. If you scroll over 60 miles to the west to the other side of the island, the green canopy behind Kealakekua Bay on the Kona coast — where Captain James Cook first set foot on Hawaii and was later killed — is pocked with the bleached skeletons of dead and dying trees.

Scenes like these have become commonplace in the American West, where several conifer species, weakened by long-term drought and warmer temperatures, have been decimated by bark beetles. Researchers are wondering if climate change may also have stressed ‘ōhi’a trees, perhaps helping to trigger the current outbreak on Hawaii.

The fungus clogs the vascular system of the trees, making them wilt and die as if from a drought.

An overall decrease in trade winds has created drier conditions in recent years in parts of the islands, at the same time that rising temperatures have warmed things up in the cool upland forests where ‘ōhi’a thrive.

In 2014, Lisa Keith, a plant pathologist with the U.S. Department of Agriculture in Hilo, positively identified the culprit in ROD as the fungus Ceratocystis fimbriata. The species, a widespread threat to agriculture, is responsible for black rot on sweet potatoes in Hawaii. It also infects coffee, mango, eucalyptus, and acacia trees elsewhere in the tropics. The fungus has been implicated in oak wilt in the U.S. Midwest — which can kill the tree — and in canker stain on plane trees, which is currently devastating these relatives of sycamores in southern Europe.

Keith says that the pathogen causing the ‘ōhi’a blight is a heretofore unknown strain of the well-known pest. The fungus clogs the vascular system of the trees, making them wilt and die as if from a drought, sometimes in a matter of weeks after infection. It appears to get into the tree through wounds in the bark, like those inflicted by big windstorms, which have become more frequent in the past few years on the Big Island. In August 2014, Tropical Storm Iselle was the strongest-recorded cyclone ever to make landfall on Hawaii.

Scientists are not yet sure how the fungus has spread so rapidly across the Big Island — whether the pathogen is carried primarily in soil, or on the wind by sawdust created by wood-boring beetles. The fungus also is transported by insects, animals, or humans. Backpackers are being encouraged to sterilize their boots after hikes, and “it is critical not to move infected wood,” says Keith. At present there is no known remedy once a tree has been infected.

Keith suspects that the offending fungal strain is a recent introduction to Hawaii, the latest in a long line of migrants that have threatened native species on the islands. Biologists have speculated that the fungus may have come in on some exotic plant species brought to Hawaii for the horticulture trade. The conditions that have made Hawaii biologically unique also make it uniquely vulnerable to invasive species, against which its endemic organisms have developed few biological defenses — earning the state the unenviable title of “endangered species capital of the world.” 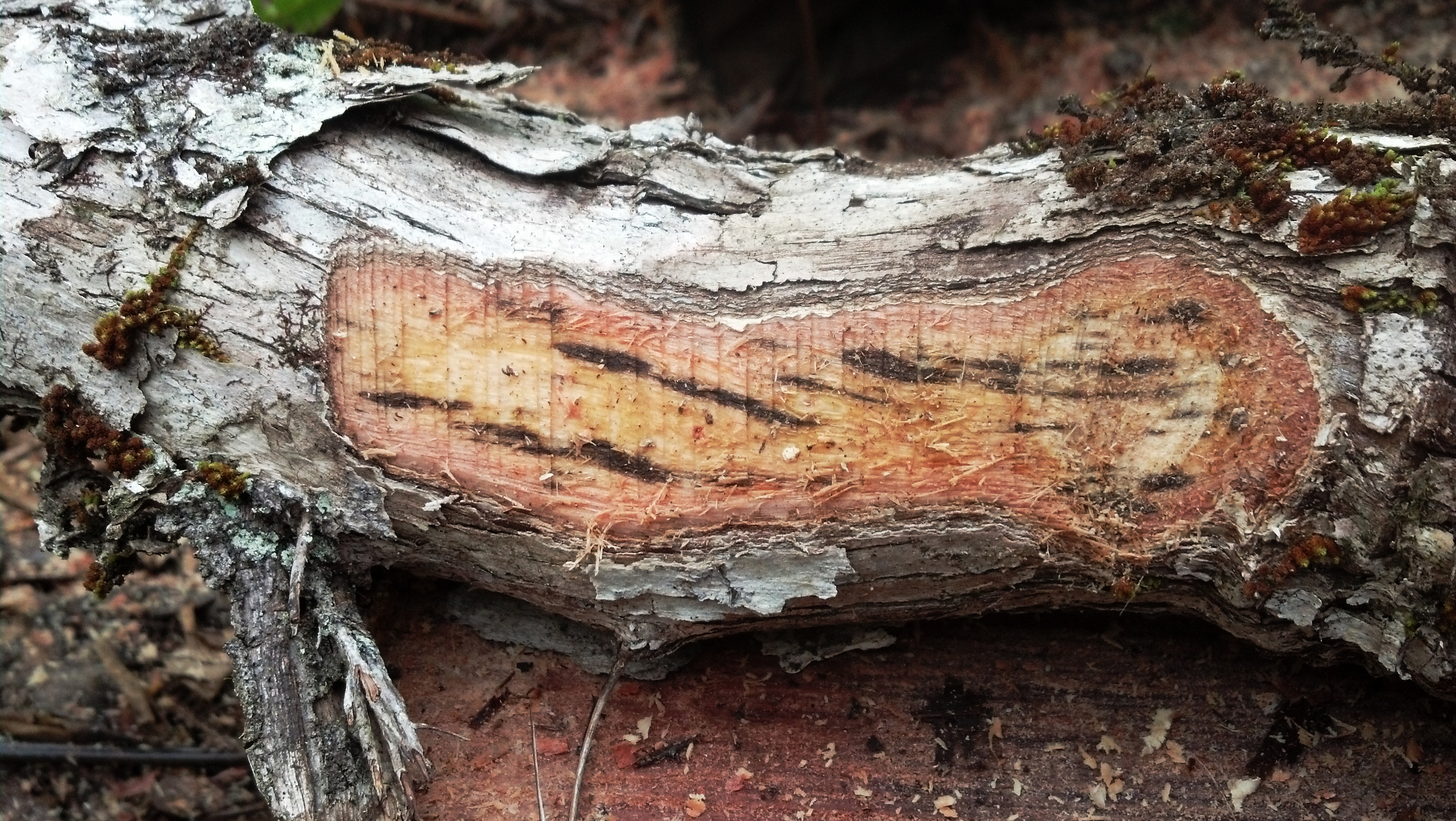 An ‘ōhi’a tree infected with the fungus Ceratocystis fimbriata, marked by the red discoloration in the wood. LISA KEITH/USDA

“You know you live in a sensitive and vulnerable ecoregion when your state flower, your state mammal, and your state bird are all on the endangered species list,” quipped Sam ‘Ohu Gon III, the Hawaii Nature Conservancy’s senior scientist and cultural advisor, on his Facebook page. “Over 33 percent of our plants are either endangered or candidates for endangered status.”

While ‘ōhi’a lehua is not yet on the endangered list, Gon, like many Hawaiians, is alarmed by the threat to the tree, which has played a central role in the state’s ecology. “The ‘ōhi’a is the dominant tree in our upland watershed forests,” Gon explained in an interview. “So if it goes down we can expect major ecological consequences, as well as a big impact on our water supply.”

The ‘ōhi’a is also beloved for its cultural significance, according to Gon: “It was the wood of choice for building traditional Hawaiian homes and temples, and the flowers were used to make especially coveted leis.”

Gon sparked controversy when, in order to prevent the spread of the disease, he called on Hawaiians attending the annual Merrie Monarch hula competition in Hilo in March to refrain from taking the coveted leis strung of ‘ōhi’a flowers and leaf buds back to their home islands. A headline in a local newspaper declared (incorrectly) that a kapu, or traditional ban, had been placed on the use of ‘ōhi’a during the festival, which offended some. However, Gon says the controversy helped focus public attention on the blight and the efforts to stop it.

While the infestation remains limited to 34,000 out of the 617,000 acres of primary ‘ōhi’a forests on the island of Hawaii, biologists worry about the speed at which the blight is spreading: It has nearly tripled in area in just the past year, according to Flint Hughes, a forest ecologist with the U.S. Department of Agriculture in Hilo. The blight has moved erratically, hopscotching across the island, infecting new areas seemingly overnight.

The blight nearly tripled in area in just the past year as it hopscotched across the island.

“We are concerned about the exponential growth across the landscape, more infected trees creating more spores that can then infect more and more trees in a kind of snowballing effect,” says Hughes, who adds that some areas have seen 95 percent mortality from the disease.

“We’re working with the state of Hawaii to take aggressive action,” he notes. “When we see a sick tree, we get it down on the ground and burn it, which is the best way that we know to kill the fungus.” Last August, the state took the unusual step of imposing a quarantine on the movement of ‘ōhi’a timber, plant parts, and even soil from the Big Island to the other islands, where ‘ohi‘a trees are not yet under threat.

Sheila Conant, a biology professor emeritus at the University of Hawaii at Manoa, says that ‘ōhi’a is one of Hawaii’s most successful endemic species, having adapted to a bewildering array of different habitats — from rainforests, like the one she lives in on the outskirts of Volcano Village on the Big Island; to drier forests, where the trees put out thick, hairy leaves; to bogs, where they never get more than a foot or two high. ‘Ōhi‘a is also the first tree to get a foothold on newly cooled lava, and some ancient trees have been used to date historic flows. 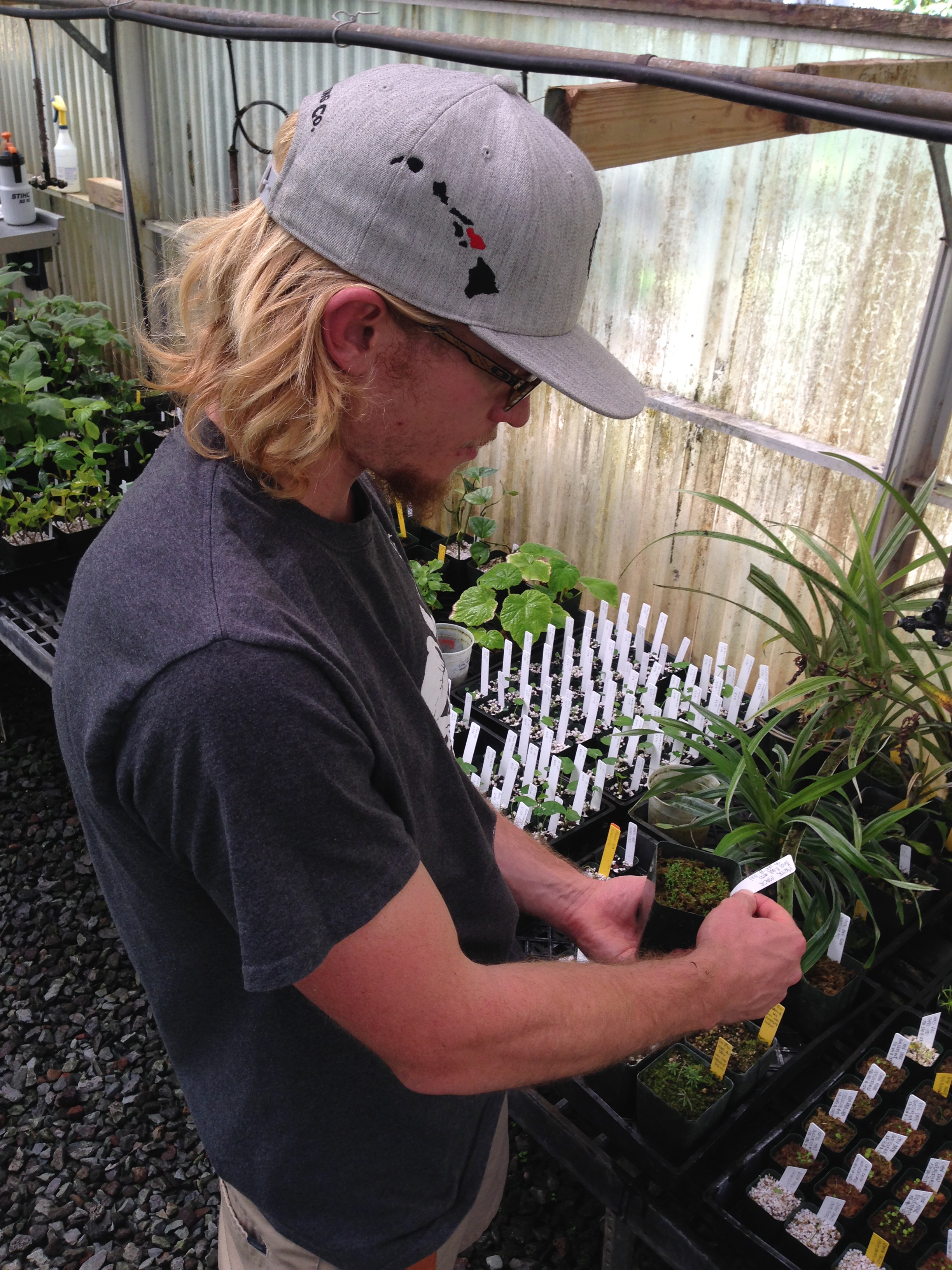 “It truly lives up to its Latin name of polymorpha — many forms,” says Conant, adding: “The threat to these trees, it just makes your heart sick if you care about our native forests.”

Unlike well-known blights of the past, this one is not just a threat to one tree species, but a menace to the entire ecosystem, says Conant. “Certainly American forests are not the same now as when the American chestnut [decimated by a fungal blight in the early 1900s] was there,” Conant observes. “But the difference is that here we don’t really have suitable native trees that will take the place of the ‘ōhi’a.”

When ‘ōhi’a die, they generally are replaced by invasive species like strawberry guava, which muscle out the diverse understory of native tree ferns and other endemic shrubs.

Among the biggest losers may be Hawaii’s endangered birds. “’Ōhi’a nectar is vital to our native species,” says Conant. “The most common remaining Hawaiian honey creeper, the crimson colored apapane, will decline if ‘ōhi’a declines. The gorgeous ‘i’iwi, which is the main source of the red feathers in Hawaiian feather artifacts, tracks the flowering of ‘ōhi’a trees so that it can drink the nectar. The big island’s ‘akepa gleans insects at the terminal branches and nests in cavities of the ‘ōhi’a. The fates of so many of our endangered birds — some of which currently number in the hundreds or less — are inextricably tied to the ‘ōhi’a.”

At the same time as researchers are attempting to stop the spread of ROD, they are also working to safeguard the tree’s genetic heritage. Tim Kroessig, a young botanist at the University of Hawaii’s Lyon Arboretum, located in the rainforest at the edge of Honolulu, is helping to organize the arboretum’s efforts to bank ‘ōhi’a seeds.

“We will be collecting first from populations that are under the greatest threat of being wiped out,” says Kroessig, opening a freezer from which he removes a shoebox-size Tupperware container holding perhaps 20 airtight foil packets. 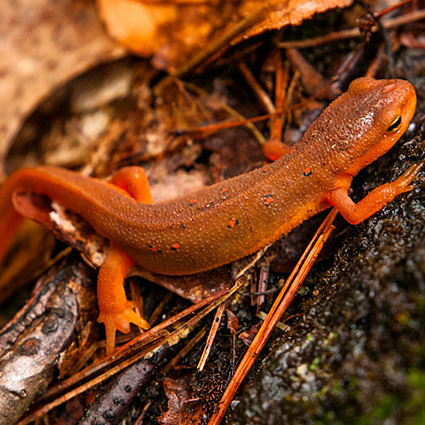 An unprecedented global wave of virulent fungal infections is decimating whole groups of animals — from salamanders and frogs, to snakes and bats. While scientists are still trying to understand the causes, they are pointing to intercontinental travel, the pet trade, and degraded habitat as likely factors. READ MORE

“We can keep the seeds viable for maybe 20 years to buy some time as the blight runs its course. You’re looking at maybe a million tiny ‘ōhi’a seeds here. We will be filling many, many more containers like this during our collection campaign on the Big Island.”

Marian Chau, director of the arboretum’s ‘Ōhi‘a Love Campaign, which is coordinating the seed banking effort, explains that “by collecting lots of seeds from lots of different locations, we’ll preserve that much more adaptability, which is really important in ‘ōhi’a, which is such a genetically variable species.”

The seeds can be used for possible forest restoration in the future, says Chau. She also hopes that the collection will help scientists find varieties that possess a natural resistance to the fungus. But she acknowledges that the challenge of reseeding affected areas would be huge, and she says it would be impractical to use chemical control agents over such a vast area, even if appropriate fungicides were available. Researchers like Chau are therefore hoping that the blight will recede in the natural course of things before it does too much more damage.

“Many people on Hawaii consider ‘ōhi’a as almost a member of their family,” says Chau. “It really scares me that we could lose this tree.”