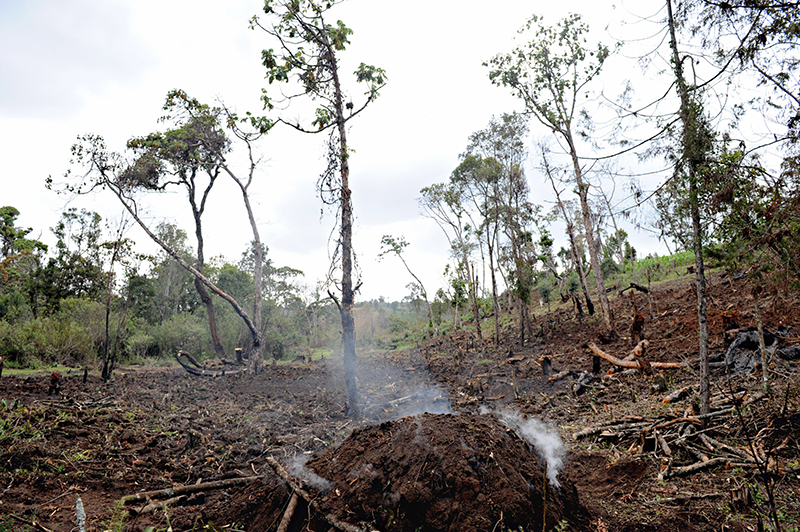 It’s the saddest truism in wildlife conservation: When politicians announce that they are setting aside precious habitat “in perpetuity,” what they really mean is until somebody else wants the land.

Protected areas now get reopened so often under the pressure of population and economic growth that the trend has spawned an acronym, PADDD, for “protected area downgrading, downsizing, and degazettement.” There’s also a web site, PADDDtracker.org, jointly maintained by the World Wildlife Fund (WWF) and Conservation International.

Michael Mascia, who recently moved from WWF to Conservation International, developed the PADDD concept in 2011 “to define the problem” worldwide, he said, “and to try to mobilize” attention to it among scientists and ultimately the public.

The effort has begun to pay off, with Julia Marton-LefÃ¨vre, the former director general of the International Union for Conservation of Nature, raising the issue in the journal Science. Noting the 52-percent decline in worldwide bird, mammal, and other wildlife populations since 1970, she warned that downgrading and delisting protected land “threaten the ability of societies to address climate change, food and energy security needs, and sustainability.”

The issue is timely now in part because of the goal, under the 168-nation Convention on Biological Diversity (CBD), to extend protection to 17 percent of the earth’s terrestrial and inland water areas by 2020.

Downgrading and delisting events have affected an estimated 194,400 square miles of habitat in 57 countries.

That means governments need to set aside an additional area more than three times the size of Texas, and do it in the right habitats and on a short timeline. But progress has stalled in recent years at about 15.4 percent, and PADDDs are one reason.

Over the past century, by Mascia’s calculation, downgrading and delisting events have affected an estimated 194,400 square miles of habitat in 57 countries. That’s an area larger than the state of California. According to a 2014 study, four countries that would otherwise already have met their CBD goals — Namibia, Kenya, Rwanda, and Uganda — have failed to do so only because of PADDD events.

One episode in Kenya suggests just how badly wrong these events can go. The Mau Forest Reserve was until recently an intact montane forest at the heart of the Great Rift Valley, and a sort of “natural water tower” for the spectacular lakes there and for the entire nation. But since the 1990s, the government has presided over the destruction of large portions of the forest, with land titles and logging concessions often handed out to relatives of president Daniel Arap Moi, who left office in 2002. The continuing controversy has resulted in forced evictions, and it has imperiled the water supply to downstream communities and to eight wildlife areas, including the Masai Mara and the Serengeti.

The push to monitor PADDD has also revealed unexpected instances of backsliding. Brazil, for instance, was until recently a leader in designating protected areas. In the first decade of this century, it set aside 74 percent of all land protected worldwide, according to a new study in the journal Biological Conservation, and that expansion cut deforestation in Amazonian rainforests by 37 percent over a single two-year period. 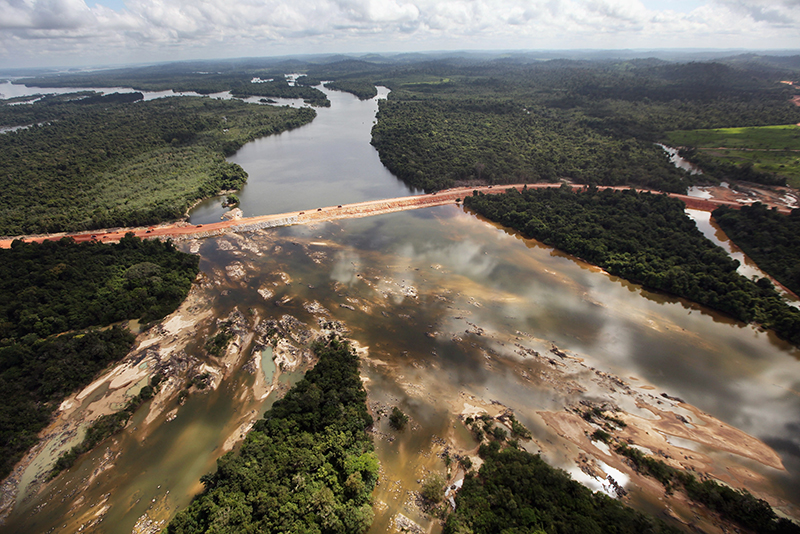 Construction of the Belo Monte dam in Brazil, which cuts across protected areas in the Amazon rainforest. MARIO TAMA/GETTY IMAGES

But when lead author Shalynn Pack, at the University of Maryland, looked more closely, she found 67 enacted and 60 proposed PADDD events, the vast majority of them since 2005 and in the Amazon. Hydropower projects and human settlement were the usual causes. In addition, the study had to omit another 76 probable PADDDS for mining, because of inadequate data.

Tracking such events has also made it clear that development doesn’t just target remote and relatively minor corners of protected habitat, though that would be bad enough. Commercial interests at times go after some of the most celebrated monuments on the planet and in some of the most prosperous nations. “One of the things we can say from our work is that this is not a developing country problem,” said Mascia, “it’s not a poor country problem. It’s a global problem.”

In New Zealand, for instance, Mount Aspiring National Park is a World Heritage Site and one of the country’s main tourist attractions. But in 2009, a confidential document surfaced in which government officials recommended opening up roughly 20 percent of the park for mining of rare earth minerals to supply the electronics industry. Prime Minister John Key argued that any mining would be surgical. (Only, replied conservationists, if your idea of surgery includes open-pit mining.) The plan, which would also have downgraded more than 40 other New Zealand protected areas, appears now to be dead. But that may last only until the next spike in commodity prices.

The price of uranium is also the only thing holding up a mining project in Tanzania’s Selous Game Reserve, another World Heritage Site. UNESCO’s World Heritage Committee actually approved a government move to modify the reserve so the 77 square-mile project site, formerly part of the tourist circuit, will now be officially outside the protected area. Bizarrely, the same UNESCO committee later added the Selous to its list of endangered World Heritage sites. In addition to uranium ore, the mine is scheduled to produce at least 60 million tons of radioactive and poisonous wastes, with no practical means of containment. 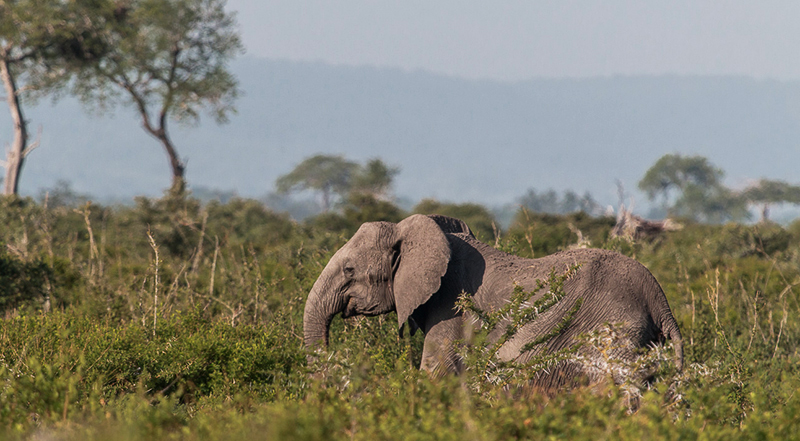 A plan for Uranium One, a multinational mining company headquartered in Toronto, to commit $800,000 to anti-poaching work in the Selous, a notorious elephant killing ground, has stalled, and the government has made no attempt to mitigate the loss of habitat by adding to protected areas elsewhere. Nor would it mitigate another proposed project that would run a commercial highway through the Serengeti.

Officials in the Democratic Republic of the Congo likewise opened up their best known World Heritage Site, Virunga National Park, to oil exploration. Soco, a British company, faced global protest and returned its permit to the government last year — but only after completing seismic testing and filing a report, secret so far, on whether exploratory drilling would be practical in the park. The project heightened tensions with park officials in a region already ravaged by private armies, according to a conservation scientist working in the region, who added, “The eastern DRC is a powder keg, with so many factions, and this was literally throwing oil on the fire.”

Cataloguing PADDD events won’t necessarily stop the destructive encroachments, where commercial interests are powerful enough, or willing to pay to get their way, and where government officials are weak. But because each site is different, with its own nuances, and because “people have such strong emotions around protected areas,” Mascia said, he has focused PADDDtracker and related efforts simply on collecting data for other researchers, government agencies, and citizens groups to work with.

“Protected area downgrading, downsizing, and degazettement is not necessarily a bad thing,” he added. “We see changes in protected areas in response to market forces and industrial-scale resource extraction, but also for local land claims, to redress past injustices, and in response to local needs.” Park managers themselves sometimes want to adjust their borders to benefit wildlife. “The science has evolved and become more sophisticated over time. Where we put parks on the map 50 or 100 years ago may not be the best place today,” Mascia said.

‘We want to be working with governments rather than against them,’ says a conservation biologist.

The experience in Namibia suggests the complicated nature of tracking and making sense of these developments: According to PADDDtracker, it downsized a 1,300-square mile game reserve in 1947. But it did so in response to land claims by the indigenous community. Moreover, since winning independence from South Africa in 1990, Namibia has extended community-management with an emphasis on wildlife to almost 20 percent of its land area, in addition to another 17 percent in national parks. That approach has helped make it one of the few countries in sub-Saharan Africa where wildlife populations are actually increasing.

Though the combined effect may fall short of E.O. Wilson’s recent proposal to set aside half the earth for nature, Mascia noted that some other nations also undertake significant conservation efforts that aren’t in official “protected areas” and yet cover a large portion of the landscape — for instance, with community forestry in Nepal, or with payment for ecosystem services programs in Ecuador, and indigenous territories in Ecuador, Bolivia, and Brazil. “So we may be closer to 50 percent than we would realize” if we focus only on protected areas, he said.

But PADDD accounting needs to become standard practice in any case, according to a 2015 study co-authored by Mascia, if only to make sense of changes in habitat and avoid perverse outcomes at a time when huge payouts under conservation initiatives like the United Nations’ REDD+ program can depend on whether a country successfully maintains forests, reduces carbon emissions, and protects biodiversity. That is, no one wants to be paying for forest preservation in one part of the country if PADDD events are leading to logging of forests in another part. 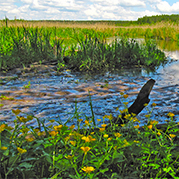 An astonishing 18 percent of the European Union’s land area is protected under a network of preserves known as Natura 2000. Now, at the urging of business interests and farmers, the EU is examining whether regulations on development in these areas should be loosened. READ MORE

That study urged public and private sector banks, extractive industries, and other groups to develop standards that address these events.

The ultimate purpose of tracking events like the ones in her Brazilian study, added Pack of the University of Maryland, is “not to be antagonists. We want to be working with governments rather than against them.” That can mean simply alerting them to the extent of changes that might otherwise pass unnoticed.

It could also mean pushing for laws governing the downgrading or delisting of protected areas, just as there are laws governing their creation. The requirements before any such event, she said, should include environmental and social impact studies, compensatory measures, and public consultation, with maps and other visual representations, and plain-language explanation of the proposed changes.

The other goal, said Pack, “is to raise public awareness that parks are not permanent, that they need public and political support to survive.” Without that, the natural areas we expect to pass down intact to future generations may instead end up “vulnerable to legal changes that leave them smaller, weaker, or non-existent,” she said.