For communities short on landfill space, “waste-to-energy” incineration sounds like a bulletproof solution: Recycle all you can, and turn the rest into heat or electricity. That’s how it’s been regarded in much of Europe, where nearly a quarter of all municipal solid waste is burned in 450 incinerators, and increasingly in the United States, where dozens of cities and towns are considering new, cutting-edge plants. 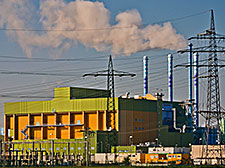 But leaders of the international zero-waste movement, which seeks to reuse all products and send nothing to landfills or incinerators, say incineration falls short on the energy front and actually encourages waste. Many “zero wasters” — including groups such as Zero Waste Europe and the Global Alliance for Incinerator Alternatives, or GAIA — have become ardent opponents of the technology, contending that proponents have co-opted the carefully crafted zero-waste label by suggesting that burning to produce energy isn’t actually wasting. In Europe, where incineration capacity continues to grow despite already exceeding the trash supply in some countries, the showdown goes beyond semantics to the heart of the meaning of sustainability.

While the world certainly has no shortage of it, trash is not renewable — not in the way that sunlight, wind, and geothermal heat are. Producing goods from virgin, finite resources requires energy — lots of it. Once the goods become trash, zero-waste advocates say, burning them in an incinerator destroys those resources for good.

Incinerators can provide heat for municipal heating systems or steam for electricity, recovering some of the energy used to produce their fuel. But even given the environmental costs of recycling, which include transporting and processing the material, zero wasters contend that it makes far more sense to recycle than to incinerate.

Waste-to-energy advocates say the recycle vs. incinerate comparison is a false choice — that the two can coexist.

The precise energy savings for any given waste stream depends on its composition, according to Jeffrey Morris, an economist and environmental consultant with Sound Resource Management Group Inc. in Olympia, Washington. “But it would be a surprising situation to find a waste stream that it would be more beneficial to burn rather than to source-separate and recycle,” says Morris, who did a study in 1995 — still widely cited by recycling advocates — which found that recycling most materials from municipal solid waste saves on average three to five times more energy than does burning them for electricity.

These days, the waste-to-energy debate is particularly active in Europe, where government incentives and subsidies have encouraged the construction of incinerators. Waste-to-energy supporters contend that the recycle-versus-incinerate comparison represents a false choice — that the two can coexist. “We see waste-to-energy continuing to have a role to play in an integrated approach to waste management, providing hygienic treatment of the remaining waste that is not suitable for sustainable recycling, and at the same time generating energy from it, rather than it being sent to a landfill,” Ella Stengler, managing director of the Confederation of European Waste-to-Energy Plants, wrote in an email. “Recycling and waste-to-energy are complementary to achieve lower landfill rates.”

As it turns out, countries with the highest rates of garbage incineration — Denmark, Norway, and Sweden, for example, all incinerate at least 50 percent of their waste — also tend to have high rates of recycling and composting of organic materials and food waste. But zero-wasters argue that were it not for large-scale incineration, these environmentally conscious countries would have even higher rates of recycling. Germany, for example, incinerates 37 percent of its waste and recycles 45 percent — a considerably better recycling rate than the 30-plus percent of Scandinavian countries.

Zero-waste advocates say a major problem is the long-term contracts that waste-to-energy plants are locked into.

There’s no doubt that dumping untreated municipal solid waste in the landfills common in eastern and southern Europe, where incineration rates lag far behind those of northern Europe, poses significant environmental problems. These include the leaching of toxic chemicals into groundwater, an increasingly urgent shortage of space, and the release of methane — a potent greenhouse gas — into the atmosphere. (In the United States, more than half of all waste is dumped in landfills, and about 12 percent burned, of which only a portion is used to produce energy.) According to the U.S. Environmental Protection Agency, landfills are the third-largest source of methane in the United States, behind industry and agriculture. Such environmental impacts are the reason why many European countries have instituted landfill bans in recent decades, contributing to the rapid expansion of incineration and waste-to-energy technology.

Zero-wasters say that a major problem with incineration is the long-term contracts that waste-to-energy plants sign with the cities that supply them with trash. Incinerators are extremely expensive to build — large, modern facilities in Europe cost $150 million to $230 million — and to make a profit and repay investors, incinerator operators need a guaranteed stream of waste. The operators sign contracts with municipalities to provide a certain volume of waste over a long period of time, often 20 or 30 years, effectively committing municipalities to generating a certain amount of waste. Zero-waste advocates say this reduces the incentive to recycle more and waste less, which exists with landfills, where tipping fees can be high.

Hege Rooth Olbergsveen, a senior adviser in Norway’s Waste Recovery and Hazardous Waste department and a proponent of waste-to-energy, acknowledges that the economics of incineration can impair recycling efforts.

“It is in many cases more expensive to collect and sort out waste for material recycling than just to collect it as residual waste and send it to energy recovery,” she wrote in an email. “Some municipalities introduce only cost-effective waste solutions, while other municipalities have strong political will to introduce environmental measures and collect more waste for recycling.”

In many European countries, public subsidies support the expansion of incineration capacity.

German zero-waste advocate Hartmut Hoffmann, head of Friends of the Earth Germany’s waste working group, said he’s seen such an effect in Bavaria. In and around the towns of Schwandorf, Coburg, and Burgkirchen, each of which contains an incinerator, some waste authorities have openly refused to separate organic waste for composting, he said, instead incinerating the material at a lower cost. “For us, this refusal is good proof that the existence of incineration plants can hinder recycling,” Hoffmann said.

In Flanders, Belgium, an effort to keep a lid on incinerator contracts has led nearer to zero waste, said Joan Marc Simon, executive director of Zero Waste Europe and European regional coordinator for GAIA. Since the early 1990s, when recycling rates were relatively low, the local waste authority in Flanders has decided not to increase incineration beyond roughly 25 percent, Simon said. As a result, combined recycling and composting rates now exceed 75 percent, GAIA says. “They stabilized and even reduced waste generation when they capped incineration,” Simon said.

Without incineration, he believes, most European countries could improve current recycling rates of 20 or 30 percent to 80 percent within six months. Hogg agreed, saying that rates of 70 percent should be “easy” to attain. The U.S. Environmental Protection Agency, which calculates recycling and composting together, puts the current U.S. rate at 35 percent, compared to a combined European Union figure of 40 percent. Many of the newer members of the EU, mainly from Eastern Europe, have few if any waste-to-energy incinerators, recycle very little, and landfill 75 percent or more of their trash.

Except for pockets like Flanders, Simon believes that the major mistake Europe’s leading incinerator countries have made is committing too much trash to incineration too soon by instituting landfill bans. “Back then nobody knew or expected it would be possible to achieve the current recycling rates,” he said. “As they rolled out recycling they also planned incineration capacity. This trend hit the wall when recycling started competing with incineration for the available waste. In this situation some countries decided to give way to incineration and either import waste to burn or burn recyclables.”

Plastics are particularly attractive for burning, as they’re made with petroleum and generate more energy when incinerated than almost any other material. “Plastic is a good fuel, ” said Pål Mårtensson, a zero-waste advocate in Gothenburg, Sweden. “So they don’t bother that much to sort it out [for recycling].”

Burning plastic is also known to release harmful dioxins into the air. Waste-to-energy proponents say state-of-the-art plants filter out such toxic air pollution, but opponents say even the best plants do not filter out all toxics. This week, the Scottish Environmental Protection Agency revoked the operating license of a waste-to-energy incinerator in Dumfries after a large fire, saying the operator had failed to recover energy efficiently and had not met the requirements of its operating permit.

Despite EU directives calling for member states to both end the burning of all recyclable materials and achieve recycling rates of 50 percent (the current average is 25 percent) by 2020, public subsidies support the expansion of incineration capacity in many European countries.

Waste importers Sweden (with 31 plants as of 2011), Germany (72 plants), the Netherlands (12), and Denmark (29) continue to approve, finance, and build new waste-to-energy plants even though capacity exceeds domestic waste volumes. The United Kingdom (24 plants) is expected to reach capacity by 2018, according to a June report by Eunomia. Still, incineration remains profitable for facilities accepting waste that is shipped hundreds of miles from eastern and southern Europe.

Malcolm Williams, a director of the UK Zero Waste Alliance, is concerned that increased incineration capacity may lead Europe to miss what he deems are already modest waste-reduction targets for 2020. Even 90 percent recycling should be attainable, he contends. “It’s just a myth that recycling is a difficult thing to do,” said Williams. “So why on earth is anybody planning anything that is going to burn or bury more than 10 percent of the waste we’re producing?”