In a widely publicized commentary in Nature this summer, aquatic ecologist Wendy Palen and seven colleagues were sharply critical of the way that Canada and the United States have gone about developing Alberta’s vast tar sands deposits and the extensive infrastructure of pipelines and rail networks needed to transport those fossil fuels to market. Rather than looking at the cumulative effect of this massive energy development on the climate and the environment, Palen and her co-authors wrote, major decisions have been made in a piecemeal fashion. 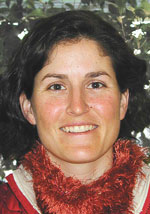 In an interview with Yale Environment 360 contributor Ed Struzik, Palen — an assistant professor at Simon Fraser University in British Columbia — discusses why a moratorium on new tar sands developments is needed, how the current decision-making process is biased in favor of short-term economic benefits, why the fate of the proposed Keystone XL Pipeline is critical, and what can be done to begin factoring in the real costs of exploiting the tar sands.

Yale Environment 360: What do you think are the major drawbacks with the way tar sands oil is being developed today, and how is this policy broken?

Wendy Palen: The problem is that each project associated with additional development of the oil sands, whether it be a pipeline project or a railway project, is that it’s presented to the public in isolation. It’s as if the government is giving the public an ultimatum without ever really engaging in the broader conversation of what role we want the oil sands to play in our national economy. That’s a big part of it.

The other part is that by considering each decision in isolation, the result of those fragmented decisions is a process that’s resulted in far higher costs — socially, environmentally, economically — than are necessary. In many cases those costs are in direct violation of existing commitments to both national and international mandates or legislation on climate, biological diversity, and indigenous peoples’ rights. That’s really our main point as scientists. We’ve stepped back from each of those individual decisions and can see this broader whole of really rapid development of the oil sands, which is in conflict with some of Canada’s own internal policies, as well as international commitments they’ve made.

“The decision about Keystone is framed in a way that minimizes its relationship to the Alberta oil sands.”

e360: Why did you propose a moratorium on Alberta oil sands development?

Palen: The Canadian oil sands are vast, and production has more than doubled in the past decade to more than 2 million barrels per day. The rush to develop this resource has outpaced sound analysis of the impacts on the environment, human health, and the global climate system. Until the cumulative effects are considered in a transparent, public manner, further development should be halted.

A moratorium on additional expansion of the oil sands need not hurt the economy or eliminate jobs — it would simply stop new projects from coming online until a sound policy is developed that is consistent with commitments made by Canada to protect biodiversity and indigenous rights. There are also the commitments that Canada and the U.S. have made to curb greenhouse gas emissions. We believe that this is the responsible way to proceed for an industry whose impacts are felt globally, and an opportunity for Canada and the U.S. to demonstrate true leadership in setting progressive climate policies.

e360: What are your thoughts about the pending Obama administration decision on the Keystone XL Pipeline, and how does that decision fit into the broader issue of projects being considered in isolation?

Palen: The Keystone XL pipeline decision looms as one of the defining environmental issues of the decade in the U.S., just as DDT and acid rain defined the 1960s and 1970s. But the decision about Keystone is being framed in a way that isolates and minimizes its relationship to the development of the Alberta oil sands. Few Americans realize that Keystone is just one of many proposals being considered by the U.S. and Canada for moving carbon-intensive, partially refined bitumen from Alberta to markets around the globe. The convoluted process that the U.S. State Department has taken to evaluate the project illustrates how fragmented the public policy debate has become.

Even though President Obama has taken the position that the pipeline should not be built if it would result in a net increase in CO2 emissions, the final Environmental Impact Statement reached the conclusion that it would not [result in a net increase], despite transporting 830,000 barrels per day of oil sands product. Our best hope for sound policy decisions on Keystone and other infrastructure development proposals is an integrated and comprehensive analysis of the economic, environmental, and climatic impacts of expanding the oil sands industry as a whole, rather than on a project-by-project basis.

e360: What would be the hallmarks of a more integrated and coherent approach that would take into account the environmental and climatic impacts of tar sands development?

Palen: I’ll give you one example of a simple change that could happen. Currently, the National Energy Board [of Canada] restricts the range of topics that citizens and other interested parties can debate in the hearings about an individual project, where that project is presumably being evaluated for its contribution to the public good. And so as those parties are testifying and offering their perspective about whether it’s in the public good, the NEB has limited the list of issues and specifically excludes testimony on how the project might effect the upstream production of bitumen [tar sands oil] in Alberta, or the climate consequences of what happens to that material once it’s passed through the pipeline or rail line and actually combusted.

“You never know — there could be a total sea change and suddenly climate regulations are possible.”

So that has narrowly and artificially restricted the range of the conversation around even an individual project. It’s restricted basically to the local or regional impacts to communities and economy and environment, when really there’s this much broader conversation that needs to happen. So a very simple change would to be to change that NEB policy and allow a more integrated conversation around each of these projects.

We suggest that there are two things that really are required for a more honest evaluation of oil sands and other energy projects: a cooperative agreement between the U.S. and Canada to regulate carbon emissions explicitly, so that would be a carbon tax or a cap and trade system; and a better, more democratic process for making these broad-scale decisions about energy, which includes carbon-intensive industries like the oil sands as well as renewable energy, so they can be considered together.

On the climate side, the government [of Prime Minister Stephen Harper] made a promise in 2007 for where emissions should be in 2020 — a 17 percent reduction from 2005 levels. But the government now admits we’re going to miss this by a huge margin because of continued development of the oil sands.

e360: Given the hostile political climate in both Canada and the U.S., what makes you think that they’ll even consider the idea of a tar sands moratorium or a carbon tax?

Palen: That was outside of the range of what we set out to do as a group of scientists and social scientists. Our responsibilities advocate for the use of scientific data in support of evidence-based decision-making and for sane policy. I asked my co-author Mark Jackard a similar question, and he recounted that from 2001 to 2005 in British Columbia, the citizens thought it was extremely unlikely that the provincial government would enact strong climate policies.

“This is a global tragedy of the commons from the perspective of climate change.”

But that turned around almost overnight in 2006 and 2008. Suddenly the government started enacting these very strong climate policies [including a carbon tax]. So Mark was suggesting that you never know where this goes, and it’s really hard to predict today whether it’s likely or unlikely that tomorrow there could be a total sea change and suddenly climate regulations are possible. You never know what can happen with a change in administration.

e360: You speak of the tyranny of incremental decision-making and the impact this has. What are your recommendations on how the cumulative environmental climate impacts can be taken into consideration?

Palen: We know from the latest global energy assessment and the IPCC [Intergovernmental Panel on Climate Change] report that to stave off the worst consequences of climate change we have to keep the global temperature increase below 2 degrees C, and that we as a global community have to then choose to leave two-thirds of what are the known unconventional oil and gas reserves in the ground. And that’s a really sobering and difficult thing to hear in a global economy that continues to rely on fossil fuels. And so that’s really the context we’re sitting in. This is a global tragedy of the commons from the perspective of climate change, and we each incrementally contribute to it.

The way to get beyond the tyranny of those incremental decisions in Canada is to make a choice from the top down to say we’re going to be global leaders in setting a standard for developed countries to regulate carbon emissions, so we do our part as global leaders to stave off the worst of the negative effects of climate change. There are a bunch of recent polls that suggest that citizens are willing to consider paying slightly higher taxes and slightly higher energy costs if it means controlling climate change.

There’s a social justice element here, too. We know that the countries and the people around the world that are feeling the effects of climate change the soonest and the most severely are those with the least infrastructure and economic capacity to deal with those impacts. And they’ve also contributed the least to the problem because they’re often small economically and small in terms of their carbon footprint. So as global leaders in countries that enjoy a very high standard of living, it’s partly our responsibility to do something that doesn’t wreck the climate for everybody else.