That we live in a new epoch defined by humankind’s unprecedented influence on the natural world is becoming less a matter of debate than a starting point for future action. But now that the Anthropocene phenomenon has been identified and labeled, how do we act in a way that begins to reverse our increasingly disruptive impacts on the planet’s fundamental natural systems?

Author Jedediah Purdy — who came to prominence nearly two decades ago when, as a young Yale law student, he wrote a book-length treatise about the corrosive impact of irony on our culture — maintains that these uncertain times require a new politics that address the urgent global issues now confronting the planet. In his latest book, After Nature: A Politics for the Anthropocene, Purdy, 41, now a Duke University law professor, lays out his vision. 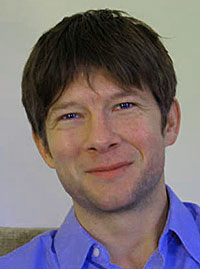 In an interview with Yale Environment 360, Purdy concedes that it’s difficult to discern the specifics of the “democratic Anthropocene” he’s calling for, but says it has some fundamental underpinnings. It is less beholden to Big Money. It wrestles with placing a moral value on climates and landscapes. It puts far more emphasis on our responsibility toward future generations. And in order to reverse the unfettered exploitation of nature, this new politics must move society toward greater self-restraint — never an easy sell. But, he says, politics remains our best hope: “We realize that the only world we get to live in is the world that we’ve made, and we only have one way of collectively pivoting the direction in which we’re taking that world — and that is political.”

Yale Environment 360: In your book, you begin by giving a history of American attitudes and actions toward nature. Why look back before looking forward? After all, the Anthropocene is unprecedented and, as you say, we need new politics to address it.

Jedediah Purdy: I work from the starting point that, even if we need a new politics, we’re going to, at least in part, build it out of the elements of the politics we’ve had before. The American landscape today is a kind of map of the material effect of the different ways we’ve had of evaluating the natural world and using it at different times. To understand our physical and environmental starting point in the Anthropocene, going back and understanding the ideas that gave us our maps for making it is part of getting oriented.

e360: You write that, “The timeless mountain and the unchanging atmosphere are myths that we have lost and temples that we have broken. In the Anthropocene if we are to deepen our relations to these places and processes, we will have to find a new way of grasping how they matter.” Where does that new way begin?

Purdy: Fifty years ago you could still say that wilderness was the iconic image of the natural world that people would care about and mobilize to shape or protect. Today, a lot of the energy in environmental politics is around the areas of food and energy. Both of these are very different from wilderness. Wilderness is a place where none of that happens — no economic activity, no motorized transit, no growing food, no extracting coal. The food and energy systems are our everyday metabolism with the natural world. They are emblems and also central features of the way that we shape the world by the way that we live in it. And thinking about the reform of those regimes is a way of thinking of an environmentalism for the Anthropocene, an environmentalism that asks how we shape a world that we can’t help shaping, rather than how we preserve a world as if we had never begun shaping it.

Environmentalism for the Anthropocene asks how we shape a world that we can’t help shaping.’

e360: There’s a striking phrase you use in the book: the aesthetics of damage. You write about the need to cultivate these aesthetics, which involves, as you put it, not disowning places that have been harmed. Is this really what we’ve come to now — we need to find beauty in the broken and the degraded?

Purdy: I grew up on a little farm in central West Virginia. That region is my mental picture of what it is for a place to be beautiful, habitable, wondrous. I still have dreams about that landscape. It’s woven into my environmental imagination, you could say. It is also a terribly ruined place. It’s been logged over and farmed over. The streams are sluggish, the slopes are bare, the trees tilt in crazy ways because there’s not healthy-enough soil to hold their roots. It’s beautiful, and it’s damaged. I think loving it has to include understanding in precise historical ways the harm that’s been done there.

e360: In other words, a damaged place is worth saving?

Purdy: It has to be. Those are the only places we have.

e360: You say that in addition to apprehending the beauty of a place or a natural system, experiencing them as sublime might be a motivator to act, to protect.

Purdy: There have been two kinds of models, or two poles of aesthetic response, to the natural world in the last several hundred years. The first is beauty — to see places as orderly, regular, welcoming, and made for the human eye, made for human use and habitation. The model of what it meant for a place to be beautiful is for it to be, say, a pastoral landscape of fields and farms and some forest, but not too dark, or too mysterious, or too inaccessible.

Purdy: An English garden is a great example, or a New England village and fields in the late-18th century, very early-19th century. A lot of environmentalism in the mid-20th century was about saving a world that was intrinsically beautiful, a world whose ecology was harmonious, where things fit together. The idea was often that if we would only do right by it, then we would fit harmoniously into it also. This is very much the aesthetic of Rachel Carson’s Silent Spring, for example.

The second response is the sublime. To think of places in the natural world as sublime is fundamentally to say that it’s not made for us. It’s not there to comfort us, it’s indifferent to our purposes. It may be inspiring and astonishing not because it welcomes us, but because it doesn’t care about us. The ocean is sublime. A tornado is sublime. In ways that are pretty awful, climate change produces a world that is increasingly sublime. To be afraid of that, to respond politically to fear of what we’ve made, I think is at least part of where an Anthropocene politics can begin.

‘To respond politically to fear of what we’ve made is where Anthropocene politics can begin.’

Looking back over 200 years of American environmental politics, people have been able to get new projects about nature, new politics of nature, in motion when two things have been true: when they found both something to fear, some terrible thing that you want to avoid, and they’ve also found something to love. It seems likely that an Anthropocene politics is going to have both the fear of the world that we’ve made and the attempts to find ways to love a world that is damaged — not primordial, not altogether natural, but a blend of natural things and made things that are still worth preserving.

e360: In the book, you describe what you see is the undue power of organized money in American politics, money that supports the status quo in terms of carbon emissions and industrial farming. You’re calling for a democratic Anthropocene. What does that look like?

Purdy: We don’t know yet what it looks like to have democratic politics on either the scale of space or time that operates at the level of these Anthropocene questions, many of which are global in scale, or that is capable of thinking responsibly across the scale of time that Anthropocene decisions imply, where carbon emissions commit us to hundreds of years of their presence in the atmosphere.

We also don’t know as much as we would like about the politics of collective self-restraint, politics in which people actually pivot from one way of living to another. We know a bit because of some of the history of race, slavery, and freedom struggles in this country, and in some of the history of feminism and transformations in gender. We know something, but not enough, about what it is for a more or less democratic community to change its way of living and change some of its basic values in the process of taking on board new values, new ways of thinking, and new ways of relating.

e360: Telling people that they have to accept limits on what they can take from nature, as you write, does not sound like a winning stump speech to me.

Purdy: No, it never has been. I wish there were an alternative. I wish we had some technological or technocratic solution, because the odds of that sort of thing succeeding — if they could succeed — would be better. But we know that the idea of gender equality was mocked. We know that abolitionism was tarred and feathered. I don’t say this to try to make the politics of the Anthropocene seem as morally heroic as those developments were, but only as a reminder that even when it does seem that things are politically hopeless, very basic transformations do sometimes happen.

‘Even when it seems things are politically hopeless, very basic transformations sometimes happen.’

e360: You link your vision for a democratic Anthropocene with economic reform. As you put it, we need economics that don’t make people afraid. Unpack that for me, and its link to environmental protection.

Purdy: Most people never have enough. We hear that people who make $200,000 a year feel middle class and insecure, and it may seem fatuous, but I don’t think it’s insincere. I think people feel that they can’t have enough, because so much is at stake, so much is uncertain. It’s not individually irrational, but that individual rationality, multiplied across families and persons, means that at the collective level accepting a kind of quieting of the economic engine of material growth is going to be totally unacceptable.

It’s going to freak people out, it’s going to produce xenophobic and otherwise rancid kinds of populisms, maybe of the kind that we’re seeing in the Trump campaign right now. I think that in order to have a polity that can think seriously about collective limits, you need to have greater security on the individual level. You need certain things to be secured, and it’s not mysterious or controversial how you do that. In some ways, it’s as simple as deepening and extending the commitments the North Atlantic [nations] in the middle of the 20th century had to widely accessible education, to adequate universal healthcare, to public security.

There’s a link in this way between what I think of as a sort of mid-20th century liberalism in Europe — they would have called it a social democracy — and the prospects of an environmentally responsible politics.

e360: I have to say I think when some people hear that only politics is going to save us from environmental disaster…

Purdy: I completely get that. That makes perfect sense to me. It’s not meant to be uplifting or a celebration of politics. It’s that actually the Anthropocene just brings us to this basic problem that, as human powers increase sort of willy-nilly, and our consciousness about the role that our decisions make in shaping our world economically, culturally, legally, and ultimately environmentally grows, we realize that the only world we get to live in is the world that we’ve made. And we only have one way of collectively, bindingly pivoting the direction in which we’re taking that world — and that is political.