The spoof advertisement could scarcely have been nastier for the chocolate firm Nestle. It showed a worker taking a break at the office and eating a Kit Kat bar that turns into the finger of a baby orangutan, with blood oozing everywhere. The online video, which appeared early this year, helped persuade Nestle to change its policy on the use of palm oil grown — so campaigners claim — on land that once nurtured forested orangutan habitat.

It also encouraged the Roundtable on Sustainable Palm Oil, a coalition of environmentalists and palm oil growers, traders and users, to launch its trademarked logo for certified sustainable palm oil to be put on food and cosmetics packaging beginning in early 2011. And it raised afresh the question of whether consumer pressure on big companies can deliver major environmental improvement. 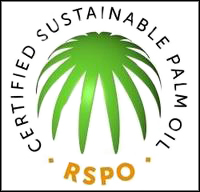 RSPO
The Roundtable on Sustainable Palm Oil says its logo will appear on thousands of products.

Can we tame the corporate giants of consumerism? Or are we deluding ourselves that we can put the fright into the likes of Nestle, Wal-Mart and BP? And even if some green-minded Westerners can successfully demand that these multinational companies clean up their act, surely the rapacious new consumers across Asia will undermine our efforts?

The fate of palm oil in the marketplace is rapidly become a test case for green consumers. And despite some setbacks and plenty of skepticism, I think there are causes for optimism.

Palm oil has overtaken soya as the world’s number one source of vegetable oil. It is found in everything from biscuits to biodiesel, detergents to potato chips, cookies to shampoo, and candy and cosmetics. In fact, palm oil is now found in about half of all packaged goods on the shelves.

Palm oil is squeezed from the red fruit of the oil palm tree, primarily in Indonesia and Malaysia. Demand has doubled in the last decade because it delivers more vegetable oil per-hectare than rival oils like soya or sunflower, and because of health concerns about these other fats. Palm oil is free of trans fats. Its two major producing nations are riding the wave of an industry that now produces 50 million tons a year valued at roughly $40 billion.

But palm oil is usually grown on former rainforest land — sometimes recently-cleared land. Palm oil plantations cover 30,000 square kilometers of former forests in Indonesia alone, wiping out habitat for elephants, tigers, rhinos, orangutans and much else, and triggering enormous releases of carbon dioxide from lost forests and drained peat lands. By some counts Indonesia is, as a result, the world’s third-largest CO2 emitter, after China and the U.S.

With industry analysts predicting that palm oil is likely to require an extra 30,000 to 70,000 square kilometers in the coming decade, the stakes are immensely high. This is especially true as the palm oil juggernaut is now moving on to the forests of central and west Africa.

Can the Roundtable on Sustainable Palm Oil (RSPO) stop this rolling leviathan of environmental destruction? The RSPO was formed in 2003 by the environmental group WWF, the Anglo-Dutch foods and toiletries company Unilever, which is the world’s biggest buyer of palm oil, and other companies and industry organizations. Members today include growers, food manufacturers, commodity traders, retailers, and environmental groups.

Its aim is no less than “to make all the world’s palm oil production sustainable.” To that end, in November 2008, the first shipload of certified sustainable palm oil docked at Rotterdam in the Netherlands. At its recent meeting in Jakarta, the RSPO announced what could be its most important move — the creation of a “sustainable palm oil” trademark that it says “will be carried by thousands of consumer products worldwide.” The logo should start appearing on products in early 2011. It will, says the RSPO president, Unilever’s Jan Kees Vis, show that the product “does not contribute to the sustained destruction of valuable tropical forests or damage the interests of people in the regions where the palms are grown.”

Some are bound to contest that broad claim. What is “sustained destruction”? Is unsustained destruction OK? And who is to determine “the interests of people in the regions”? Human rights NGOs in Indonesia have been swift to note that some companies that have obtained the RSPO seal of approval “are involved in unresolved conflicts with local communities” over land. There will be battles ahead. But nobody said sustainability was an easy concept. And debate about its meaning can, of itself, be part of the solution.

Can the industry continue to meet rising demand without trashing more forests? Some doubt this. But as a result of failed land use policies in Southeast Asia, and especially Indonesia, there are huge areas of land that have been deforested by loggers but now lie abandoned. Often the loggers gained their licences by promising local communities jobs on palm oil plantations once the clearing was completed. They often claimed the profits from selling the logs were necessary to fund the plantations. Then they high-tailed it with the logging money.

There are already signs of an outbreak of the rule of law in some of the world’s rainforests.

Perhaps the RSPO can help prevent that. All depends on whether the great food manufacturers and store chains that buy the products of the plantations start insisting on taking only sustainable palm oil and products containing it. Can consumer concern, even among a minority, be translated into corporate buying policy?

We should not be too cynical. There are already signs of an outbreak of the rule of law in some of the world’s rainforests, especially Brazil, but also Indonesia and parts of Central Africa. The sheriffs are rolling into town, thanks in part to Western consumer pressure.

A report in July from the London-based Chatham House think tank found that illegal logging in rainforests from the Brazilian Amazon to the islands of Indonesia had been reduced by between 50 and 75 percent in the past decade. This is thanks to a combination of environmental audits, consumer labeling schemes for good practice, such as the Forest Stewardship Council, and a recent European Union ban on pirated timber.

Of course, some illegal loggers have simply gone straight and started paying their taxes. They are still logging. But even so, as incentives for the most rapacious forms of logging diminish, the spotlight moves to the new frontier, land cleared to plant large-scale commodity crops.

There is a huge way to go before most of the world’s chocolate bars and lipsticks contain sustainable palm oil. Progress in the first seven years of the RSPO has been so slow that many have dismissed it as a corporate fig leaf. It has few funds, and no powers to investigate the activities of its members. Critics say companies join the roundtable as an insurance policy against being accused of ripping out the rainforests, but do little to alter the practices of their suppliers. “We are doing what we can,” the companies say. “But it is very difficult to persuade all those nasty Indonesia plantation companies.”

But the RSPO is not just a corporate club. In November it announced that 25,000 palm oil family farms had signed up, after having certification audits. Unilever’s Vis promised “hundreds of thousands more” from among the estimated 3 million smallholders growing palm oil. How good are the audits? We don’t know. But the move shows a widespread desire to buy into the idea of sustainability among small landholders, if only so they can continue to sell their crop to processors that in turn regard it as important. This is how change happens.

More and more corporations are buying into sustainable palm oil to protect their reputations.

While some big-hitting NGOs like Conservation International and the World Resources Institute have signed up with the RSPO from the start, others have been more cautious. The Rainforest Action Network (RAN), an observer at this year’s proceedings in Jakarta, noted that the big Malaysian and Indonesian producers are being dragged very reluctantly toward their claimed goal. “I’ve now got serious doubts about the sincerity of some of the RSPO members,” blogged RAN’s observer on the the RSPO meeting’s final day.

Earlier in the year RAN welcomed a change of heart from Cargill, the commodities giant that numbers palm oil among its most important products, when it promised henceforth to supply palm oil to Unilever that is “certified and segregated at every step of the supply chain.” But the deal only covers 10,000 tons, a tiny percentage of the volumes that Cargill trades annually.

What about the rest? Cargill continues to buy from the Sinar Mas Group, the largest producer in Indonesia, which RAN charges with the continued destruction of rainforests, including peat lands and orangutan habitat. RSPO members only account for 40 percent of world production. “A global market shift cannot happen until influential companies in China and India move towards sustainability,” says WWF, one of the RSPO’s founders.

Nonetheless, more and more corporations are buying into sustainable palm oil to protect their reputations. More than 6 percent of palm oil production is now certified as sustainable, double the figure of only a year ago. And the public pressure is mounting. 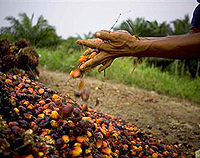 Getty Images
Palm oil is squeezed from the red fruit of the oil palm tree, grown primarily in Indonesia and Malaysia.

Cargill’s move followed a damaging report on its palm oil buying policies. And some leading brands selling directly to the public have responded to controversy generated by Greenpeace over Sinar Mas by canceling their own direct contracts with the company. These include Nestle, Kraft and Unilever. In November, the Netherlands announced that all its palm oil suppliers and buyers had pledged to only buy certified sustainable palm oil by 2015 — the first such national commitment.

The stakes are immensely high. They are high for the rainforests of Southeast Asia and Africa, which could face wipeout unless the palm oil juggernaut is stopped. But they are also high for consumer environmentalism. If palm oil can be tamed, then so can other global commodities grown at great environmental expense — like cotton, soya, cocoa and the many food crops now being co-opted for biofuels. And if they can be tamed, then why not coal and oil?

If globalization can make the consumer king, then maybe consumers can accomplish what politicians have failed to do. Anyone for a Kit Kat?