Ethanol, which seemed like a good idea when huge federal subsidies and mandates were put in place a decade ago, now seems like a very poor idea indeed. Yet despite years of bad ethanol reviews, some prominent figures (including former Senator Tim Wirth and attorney C. Boyden Gray in the accompanying article) offer a revanchist argument: Ethanol is not really so bad after all, and we should significantly increase its blending with gasoline from 10 to 30 percent. As Samuel Johnson remarked of a second marriage, this narrative reads like a triumph of hope over experience.

The essence of the argument that we need more, not less, ethanol in our gas tanks is linked to the U.S. Environmental Protection Agency’s upcoming mid-term review of President Obama’s fuel economy standards, established in 2012. Ethanol boosters say now is the time to ramp up the ethanol/gasoline blend to 30 percent because it will reduce harmful particulate pollution, improve gas mileage, and lower gas prices. As for the environmental costs of increased corn production, they contend that vastly improved agricultural methods are steadily reducing the use of chemicals and fertilizers on cornfields.

COUNTERPOINT The Case for More Ethanol:Why Green Critics Are Wrong

The criticism of ethanol by environmentalists is misguided and just plain wrong, write Timothy Wirth and C. Boyden Gray. In fact, thanks to improvements in farming techniques, increasing the amount of corn ethanol in U.S. gasoline would reduce air pollution and lower greenhouse gas emissions. READ MORE

The truth is, however, that growing corn in the U.S. heartland still has a major environmental impact — one that will only increase if we add even more ethanol to our gasoline. Higher-ethanol blends still produce significant levels of air pollution, reduce fuel efficiency, jack up corn and other food prices, and have been treated with skepticism by some car manufacturers for the damage they do to engines. Growing corn to run our cars was a bad idea 10 years ago. Increasing our reliance on corn ethanol in the coming decades is doubling down on a poor bet.

The effort to rehabilitate corn ethanol is linked to the perceived insufficiency of federal mandates — known as the Renewable Fuel Standard — requiring an escalating quantity of ethanol from corn and cellulosic sources to be blended with gasoline annually until 2022. Cellulosic ethanol, which was supposed to supplant that made from corn in meeting the mandate, has proven a monumental disappointment, and the EPA has taken a big step back from requiring its use.

To continue to meet the renewable fuel mandate will require further use of corn-based ethanol, which is constrained by the so-called “blend wall” — a limit related to current engine design — because most of the ethanol now available is only blended with gasoline at a level of 10 percent. The ethanol industry and others are proposing raising the blend level to 30 percent. Without such a break in the blend wall, the renewable fuel standards mandates are in trouble. At present, though, fewer than 2 percent of filling stations in the U.S. sell higher than 10 percent ethanol blends.

Shrouded in the political fumes and corrosive influence of special interests, the economic fundamentals of ethanol are clear in the light of day. Two prices determine its profitability: the price of corn and the price of oil. The higher the price of corn, the more expensive it is to divert from feeding animals or making high-fructose corn syrup and instead distill it as alcohol fuel for cars and trucks. Second, the higher the price of oil, the more economically ethanol can be blended with gasoline. When corn is cheap and oil prices are high, ethanol margins are fat. But when corn prices rise and oil prices fall, ethanol margins are flat. 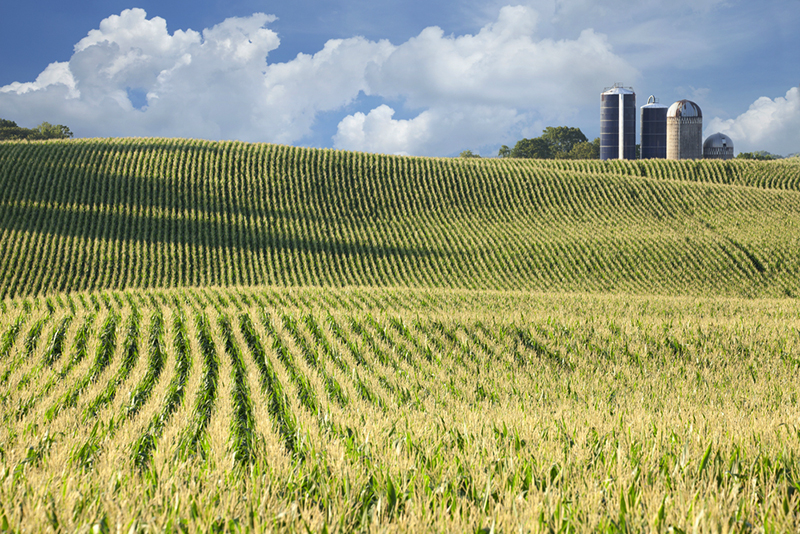 As ethanol production took off in the mid-2000s, aided and abetted by a panoply of federal and state subsidies, it chewed up so much corn so fast that it was hoisted on its own petard as corn prices rose to record highs in 2007 while oil prices weakened. Corn prices then fell back as farmers responded to high prices with record plantings. Today, oil prices remain low and corn prices are strengthening again. Despite recent weakness, corn prices remain nearly double their level of 2005 when the major elements of ethanol subsidies and mandates began to be put in place.

The predictable weakness in ethanol margins resulting from low oil prices has led even Archer Daniels Midland (ADM), one of ethanol’s major advocates, to reconsider its stake in its ethanol investment after years of aggressive subsidy-seeking. Reuters and Bloomberg both reported that against a backdrop of lower crude oil prices, ADM is looking at “strategic options” in its ethanol business after spending $1.3 billion since 2006 to build two new ethanol plants and seeing its fourth-quarter 2015 profits fall.

To date, ethanol has been antithetical to fuel economy. According to the U.S. Department of Energy, vehicles typically go 3 to 4 percent fewer miles per gallon on E10 and 4 to 5 percent fewer miles per gallon on E15, because ethanol packs only about two-thirds the BTU’s of gasoline. Advocates of E30 argue that such inefficiencies can be overcome if high-compression engines are tuned to use the fuel and are certified under EPA rules, making such engines more akin to racecars. But this would mean further EPA regulatory backing for E30 to assure its availability.

A key argument of E30 proponents is that higher-ethanol blends would reduce the need for alternative fuel additives that may have negative health effects. In support, they cite studies related to the impacts of aromatic hydrocarbons from gasoline additives used to boost octane, which lead in turn to secondary particulates with impacts on human health. Without question, hydrocarbon fuels have negative health impacts. But ethanol is no exception. Stanford University’s Mark Jacobson estimates that E85 fuel in “flex-fuel” vehicles may increase ozone-related mortality, asthma, and hospitalizations by 4 percent compared to gasoline by 2020 for the U.S. as a whole and 9 percent in Los Angeles alone.

Apart from the scientific evidence that ethanol-based particles in air can kill people and make them sick, more recent scientific analysis links corn for ethanol to declining bee populations, with potentially catastrophic implications for many other high-value agricultural crops (almonds, apples) that depend on these insects for pollination. A recent study found that declines in bee populations are greatest in areas of intense agriculture in the Midwest corn belt and California’s Central Valley, both of which have few of the flowering species, such as goldenrod, that are so important to bee survival. “These results,” the study noted, “reinforce recent evidence that increased demand for corn in biofuel production has intensified threats to natural habitats in corn-growing regions.”

The Environmental Working Group’s Emily Cassidy has written that moving from E10 to E30 would mean “more carbon emissions, more toxic pollutants into drinking water, more toxic algae blooms, and higher water bills for Midwestern residents.” A preview of the role of ethanol in the climate debate occurred during the California Air Resources Board’s 2009 assessment of the full climate impact of ethanol, one of the first assessments to consider the indirect land-use effects of expanded crops and deforestation to meet biofuel demand.

That ethanol demand has no effect on corn prices would come as news to economists documenting its continuing pivotal role.

While the overall impacts on climate remain uncertain, there is no clear evidence that ethanol is part of the solution rather than the problem. If anything, a ranking of nine energy sources in relation to global climate found that cellulosic and corn-based ethanol (E85) were ranked last of nine technologies with respect to climate, air pollution, land use, wildlife damage, and chemical waste.

Third, proponents of E30 blends submit that corn used for ethanol — now about 30 to 40 percent of the U.S. corn crop — is no longer a threat to food prices due to increases in agricultural productivity and that, anyway, U.S. corn is fed mainly to livestock. The part about livestock is absolutely true. Yet even though a portion of the corn product distilled into ethanol can be recovered for animal feed, this does not mean that corn directly available for feed has not been reduced by allocating close to 30 to 40 percent to ethanol. Meat-producing animals consumed an average of 38 percent of the U.S. corn crop from 2012 to 2016, about the same as used for ethanol. If ethanol blends were raised to 30 percent, does anyone really think that there would be no impact on the prices paid by consumers for corn-fed chicken, eggs, pork, beef, and milk?

The idea that ethanol demand has no effect on corn prices would come as news to economists documenting its continuing pivotal role. Brian Wright, an agricultural economist at the University of California at Berkeley has noted that real corn prices have nearly doubled since the ethanol mandates of 2005-2007. “By the standards of agricultural policy changes, the introduction of grain and oilseeds biofuels for use in transport fuels was abrupt, and the effects on the balance of supply and demand was dramatic,” he has written.

E30 advocates seem to have recently made a novel discovery: Conservation tillage is turning corn growing into a “carbon sink” and is now practiced on nearly two-thirds of all U.S. cropland. Reality check from the Corn Belt: Conservation tillage has been practiced intensively for more than 40 years and has shown real environmental improvements over the erosive open plowing of the past. But as to the extent of its use on cornfields, the U.S. Department of Agriculture reported in 2015 that such tillage practices were used on a little more than 30 percent of all U.S. corn acres in 2010-11, mostly outside the Corn Belt This is a lower percentage than on soybeans, wheat, or even highly erosive cotton.

Ethanol demand for corn has also contributed to major withdrawals of acres from the federal Conservation Reserve Program (CRP), which were taken out of production precisely because they were highly vulnerable to erosion.

Then there is the issue of vehicle engine efficiency. Here, the argument for E30 is supported by recent experimental work at Oak Ridge National Laboratory, which shows that E30’s increased torque delivers more power to smaller, specialized engines so as to achieve rough miles-per-gallon parity with current E10 fuels. Assuming engine designs can be innovated and E30 can be made widely available, it may be possible to overcome the concentrated resistance to ethanol among consumer groups and the auto industry — in the words of a Mercedes-Benz engineer, to make “the dog like the dog food.” To date, however, the dogs’ appetite for ethanol has been weak.

Ethanol sales are actually projected to decline, according to a 2014 Congressional Budget Office report, from 135 billion gallons to 125 billion gallons in 2022, which is one reason behind the urgency of the ethanol industry to adopt higher blend levels. The American Automobile Association (AAA) has objected to ethanol blend increases even to 15 percent, noting that it could cause accelerated engine wear and failure, as well as fuel-system damage.

For this and a host of other reasons, the push to substantially boost the use of corn-based ethanol to power our cars is extremely ill advised. As the American Interest noted of the Renewable Fuel Standard and the drive for E30, “It’s rare that a policy comes along that offers so little to so many distinct groups of shareholders. In that respect, perhaps there is something impressive about the Renewable Fuels Standard: It’s found that elusive policy sour spot.”