Found in the North Palace at Ninevah, stone panels depicting the Royal Lion Hunt of the last Assyrian king, Ashurbanipal, are as violent as any video game: A female lion flies upside down, arrows protruding from her back and belly. Beneath her, a male rears back, arrows piercing his nasal passages while another male drags his hindquarters behind him. From the king’s chariot, attendants drive spears through the chest of another.

The panels are two-and-a-half thousand years old, and the story they tell is nearly over. In Africa, the lion’s numbers have declined sharply in the past decade, to as low as 23,000. The tiger is near extinction. Earlier this year, a mountain lion walked 1,800 miles from the Black Hills of South Dakota to the East Coast — one of the world’s longest recorded journey by a land mammal — only to be killed by a sport utility vehicle near Milford, Connecticut, 50 miles from New York City.

Experts on predation have become increasingly convinced that ecosystems are ruled from the top.

Just as the world’s lions, tigers, and bears are disappearing worldwide, a scientific consensus is emerging that they are critical to ecosystem function, exerting control over smaller predators, prey, and the plant world. Studies of predation — a so-called “top-down” force in nature — have always run a weak second to ecology’s traditional focus, which holds that the foundation of life springs from bottom-up processes enabled by plants capturing energy from the sun. While no one disputes the importance of photosynthesis and nutrient cycling, experts on predation have become increasingly convinced that ecosystems are ruled from the top.

Beginning with aquatic experiments, they have amassed considerable evidence of damage done to food chains by predator removal and have extended such studies to land: Predation may be as consequential, if not more so, than bottom-up forces. With a comprehensive new book (Trophic Cascades) and a major Science review published this summer, these specialists present the case that our persecution of predators menaces the marine and terrestrial ecosystems that produce food, hold human and zoonotic diseases in abeyance, and stabilize climate.

Using such terms as “deep anxiety” and “grave concern” to signal their alarm, the authors contend that the loss of large animals, and apex predators in particular, constitutes humanity’s “most pervasive influence” on the environment. It amounts, they argue, to a “global decapitation” of the systems that support life on Earth.

These are hardly new ideas: Both publications catalogue decades of work examining the power of predators. Charles Elton, an Oxford ecologist, first conceptualized food webs in the 1920s, speculating that wolf removal would unleash hordes of deer, a notion that weighed on Aldo Leopold’s mind as he compared the consequences of wolf-extirpation in German forests to still-thriving, intact systems in Mexico’s Sierra Madre Mountains. 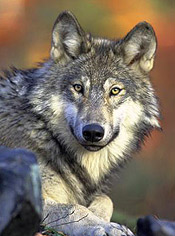 U.S. Fish & Wildlife
The return of wolves to Yellowstone proved that damage to a terrestrial food web could be restored.

These insights gave rise to the 1960s “green world” hypothesis, which held that plants prevail because predators hold herbivores in check. Profound food chain effects — caused by adding or removing top species — are now known as “trophic cascades.” In a classic 1966 experiment, biologist Robert Paine removed the purple seastar, Pisaster ochraceus — a voracious mussel-feeder — from an area of coastline in Washington state. Their predator gone, mussels sprouted like corn in Kansas, crowding out algae, chitons, and limpets, replacing biodiversity with monoculture.

Corroborating evidence multiplied. Less than a decade after Pisaster, marine ecologists James Estes and John Palmisano reached the astonishing and widely reported conclusion that hunting of sea otters had caused the collapse of kelp forests around the Aleutian Islands. While the cat was away, the prey (sea urchins) stripped the larder bare. When otters returned, they regulated urchins, allowing “luxuriant” regrowth of biodiverse kelp communities. Around islands farther out to sea, where the mammals had not reestablished themselves, “urchin barrens” remained.

The Science review this summer and other recent research have highlighted the cost of cascades in other marine systems. Extirpation of great sharks along the eastern seaboard caused an irruption of rays and the collapse of a century-old scallop fishery, a glimpse of the future as shark populations crash worldwide. Overfishing of cod, a top predator of lobster and sea urchins, upended the coastal North Atlantic, producing hyper-abundant lobster and a market glut in the Gulf of Maine, as well as an urchin boom-and-bust cycle off Nova Scotia, where urchins have been periodically wiped out by disease.

Yet, as data from aquatic systems proliferated, skeptics suggested that top-down forces might be “all wet” — limited to marine or freshwater systems, with a dearth of evidence for cascades in terrestrial systems.

Where was that evidence? Designing experiments to reveal cascades on land, across large-scales and over long time periods, seemed nearly impossible. So many ecosystems had already been irreparably altered that predator-related effects — including damage done to food chains, so-called “trophic downgrading” — could not be measured with certainty. Long-term trials teasing out wide-ranging interactions among predators and other species promised to be unwieldy and expensive.

‘We have to pay attention to the well-being of predators if we want a healthy ecosystem,’ says one scientist.

Nonetheless, startling revelations continued to crop up. In a Venezuelan valley flooded by construction of a dam in the 1980s, Duke University ecologist John Terborgh and his students documented the strange perturbations that afflicted the “islands” of Lago Guri. Top predators — jaguar, mountain lion, harpy eagle — fled rising waters. Multiplying out of control, howler monkeys went mad as their numbers soared and the plants they ate increased toxins in self-defense. Some islands were cloaked in thorns as leaf-cutter ants — undeterred by armadillos or other predators — starved the soil of nutrients by carrying every leaf down to their lairs.

In 1995, the terrestrial camp landed an extraordinary boon as Yellowstone National Park gave William Ripple, director of Oregon State University’s Trophic Cascades Program, the chance to study top-down forcing in action. Ripple watched in amazement as the wolf’s return to Yellowstone — an ecosystem where elk had had the browse of the place for 75 years — gave willow and other trees the chance to take hold along stream banks, cooling water temperatures for trout and encouraging the return of beaver, whose ponds host long-absent amphibians and songbirds. Yellowstone proved that damage to a terrestrial food web could be reversed and an ecosystem restored with the return of a single species. It is a sobering lesson for the eastern U.S., where the explosion of white-tailed deer has eradicated hemlock, a keystone species in once-biodiverse hardwood forests.

Yet despite such developments, researchers of trophic cascades have despaired of securing the money and means to examine predator removal in large-scale, long-term trials on land. Some have dealt with constrictions by adopting a more manageable, meadow-sized scale. In a three-year experiment, ecologist Oswald Schmitz of the Yale School of Forestry & Environmental Studies found that even the tiniest of predators (spiders) exercise a more significant top-down influence on plants than bottom-up factors. The type of predation — active versus ambush hunting — also appears to be consequential, affecting the composition of plant communities and nitrogen levels. Spiders that hunt actively reduce grasshopper density, allowing grass and goldenrod to dominate other plants and increasing available nitrogen. Ambush hunting has an opposite effect, forcing grasshoppers, which would rather feed on grass, to shelter in goldenrod, yielding a more diverse plant community and less nitrogen. Taken together, Schmitz says, “it’s the richness of the functional role of predators that becomes important to conserve.”

‘The idea that plants are affected by the things that eat them has not been widely appreciated,’ says one expert.

Estes and Terborgh, editors of Trophic Cascades, question whether spiders and grasshoppers will “convince anyone that orcas, great white sharks, wolves, tigers, and jaguars are important.” But Schmitz, who grew up north of Toronto where wolf-hunting was a way of life, thinks the process is underway: “Piece by piece, it’s taken 20 years to accumulate the evidence, and the culmination is in that Science paper — that the world is driven by predators as well as nutrients. We have to pay attention to their health and well-being if we want a healthy ecosystem. Simply eliminating them because we want more prey or because we don’t think they’re important is very misguided.”

Indeed, the Science review presses the trophic case into new territory, extending predation’s impact to human health. A reduction in lion and leopard populations in Ghana has led to an explosion of olive baboons. The release of such “mesopredators” — mid-sized carnivores such as cats or raccoons that run rampant without control — has wreaked havoc around local villages, where baboons attack livestock, damage crops, and spread intestinal parasites to the human population.

In the Science paper, the authors call for “a paradigm shift in ecology.” Scientists and land-managers, they argue, must adopt top-down forcing as a given “if there is to be any real hope of understanding and managing the workings of nature.”

In Trophic Cascades, Terborgh and Estes go farther, criticizing national science agencies for failing to fund research on predator removal in terrestrial systems, accusing them of clinging to old views and “retarding progress” while ecosystems are undermined. “The idea that plants are affected by the things that eat them,” Estes says dryly, “has not been widely appreciated.”

But Alan James Tessier, program director of the National Science Foundation’s Environmental Biology Division, disagrees, asserting that the agency has funded much research into top-down processes. “It’s ridiculous to talk only about top-down or bottom-up control,” said Tessier. “Both are happening all the time.”

In science, new ideas are rightly met with skepticism, if not denials and dismissals. But as the consequences of predator loss become increasingly measurable and predictable, they implicitly call for a reassessment of our ancient foes. Estes is as reluctant as any scientist to weigh in on the wolf wars, but his frustration is clear. “That’s not the way we should be behaving as a species,” he says.